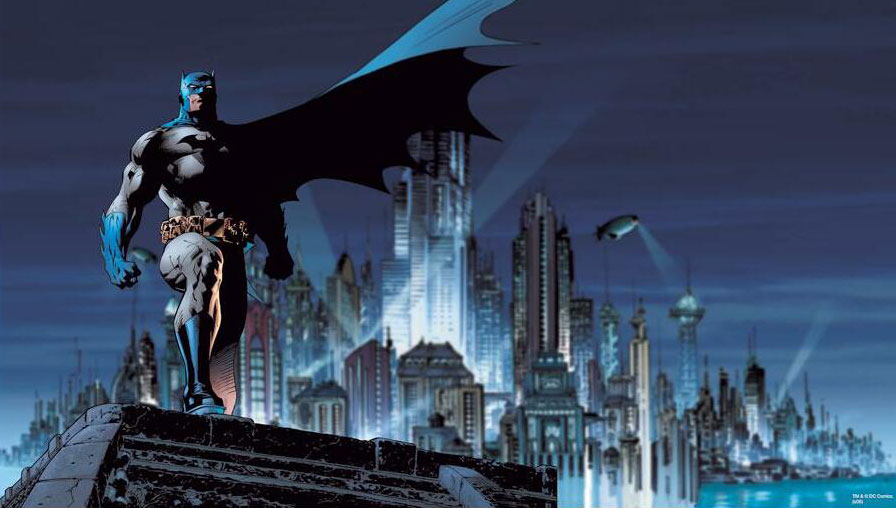 RoomMates has released details for a new group of their wall decals, one of which features Batman watchfully standing over Gotham City. When all seven of the eighteen-inch panels are assembled, it creates an extra-large wall mural measuring seventy-two inches by one hundred and twenty-six inches. The art featured is inspired by Jim Lee’s version of Batman featured in Batman: Hush.  RoomMates Batman wallpaper mural set is priced starting at $154 and is expected to between April and May 2021. You can preorder the set at Sideshow Collectibles. 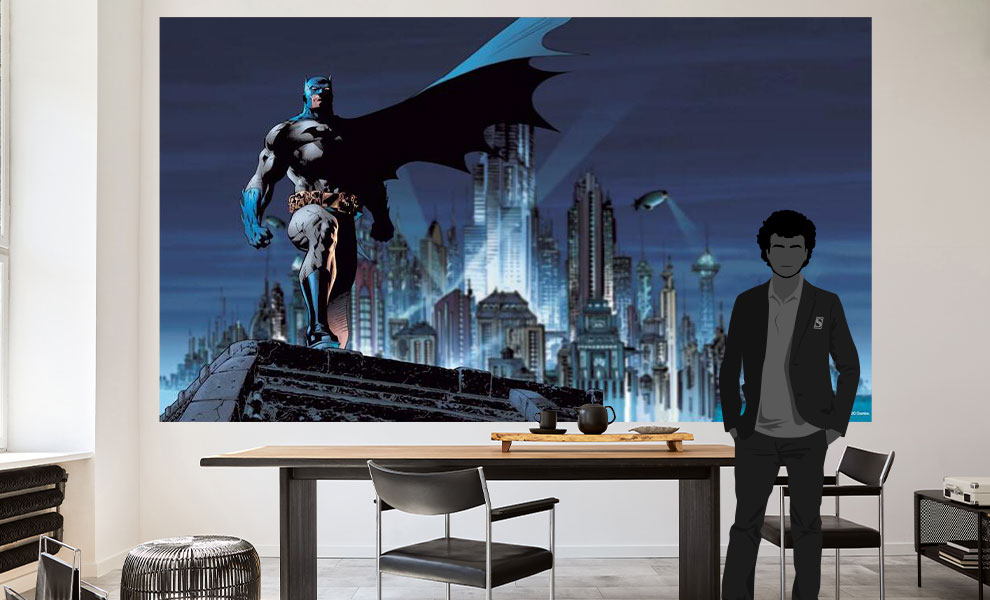 RoomMates is proud to present the Batman XL Wallpaper Mural.

You will feel like living in the real Gotham City with this Batman XL Wallpaper Mural. We’re not talking just big’ we are talking huge! A must-have for all true Batman fans. This XL Mural, featuring renowned artist Jim Lee’s art, is printed on our revolutionary prepasted Sure strip material. Just dip each strip in lukewarm water, bring to the wall and repeat with the next strip. And this product removes in full strips and in minutes. Simply pick a corner and pull. This is the easiest wallpaper mural you’ll ever hang or remove.