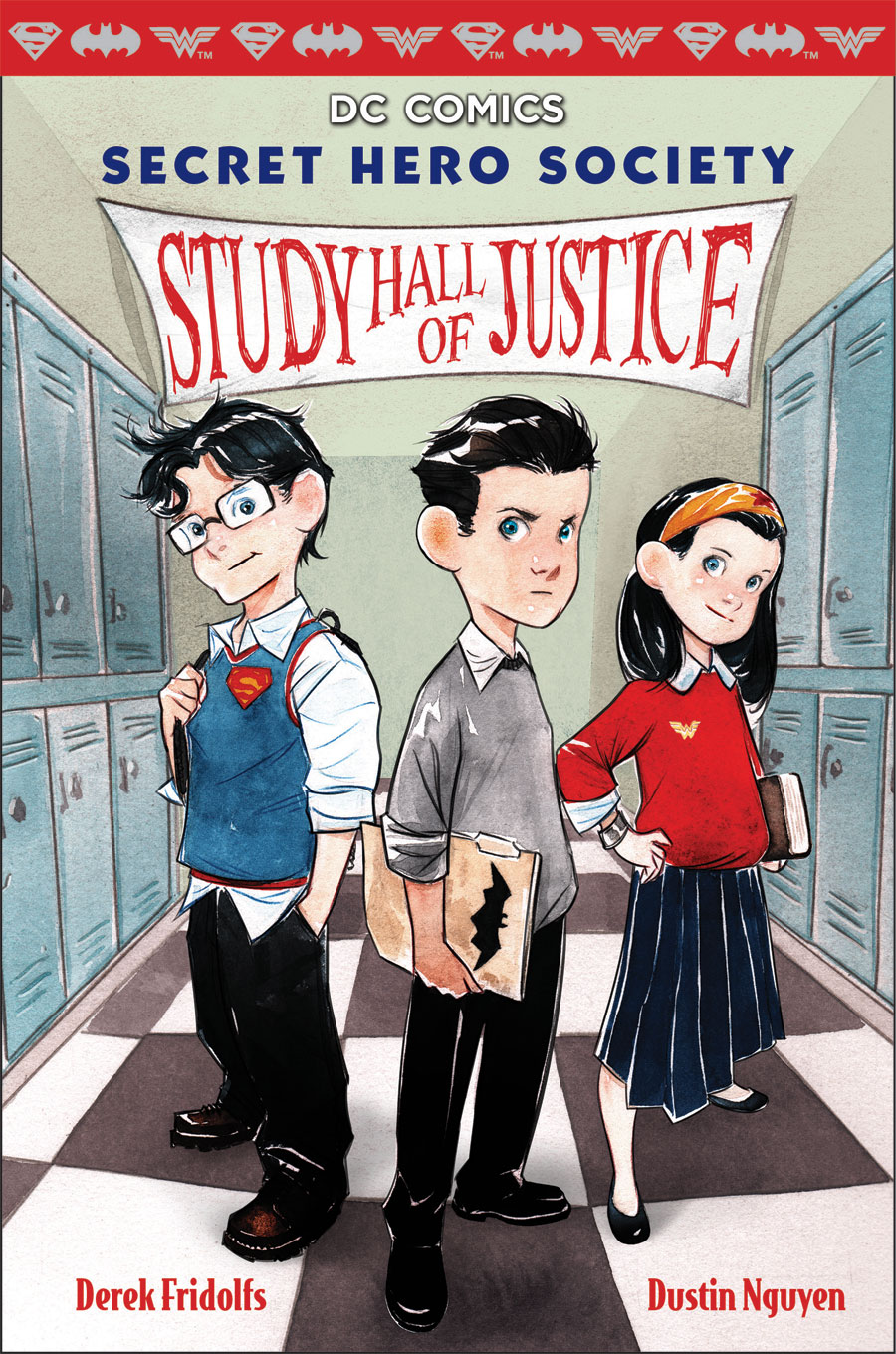 Get ready for the Study Hall of Justice, as Dustin Nguyen and Derek Fridolfs bring out a new series of illustrated novels entitled DC Comics: Secret Heroes Society.

“Scholastic has been a long-standing partner and we’re excited to expand our collaboration to bring the DC Comics Super Heroes to young fans in this new book series set in middle school,” Karen McTier, executive vice president of Warner Bros. Consumer Products, said in a statement. “This charming, visually driven, comedic series will allow the readers to explore and experience the mysteries, adventures and mishaps of middle school alongside their favorite DC Comics characters.”

The first book in the series, “Study Hall of Justice,” is set for release in February 2016 and centers around a trio of new arrivals at Ducard Academy including outcast Bruce Wayne, farm boy Clark Kent and the regal Diana Prince. The trio quickly bands together as a junior detective squad after discovering strange behavior from the faculty and the super-powered secrets of their fellow classmates.

A second volume is expected in 2017 with the addition of Aquaman and Cyborg to the academy. A third volume is also already planned for 2018.