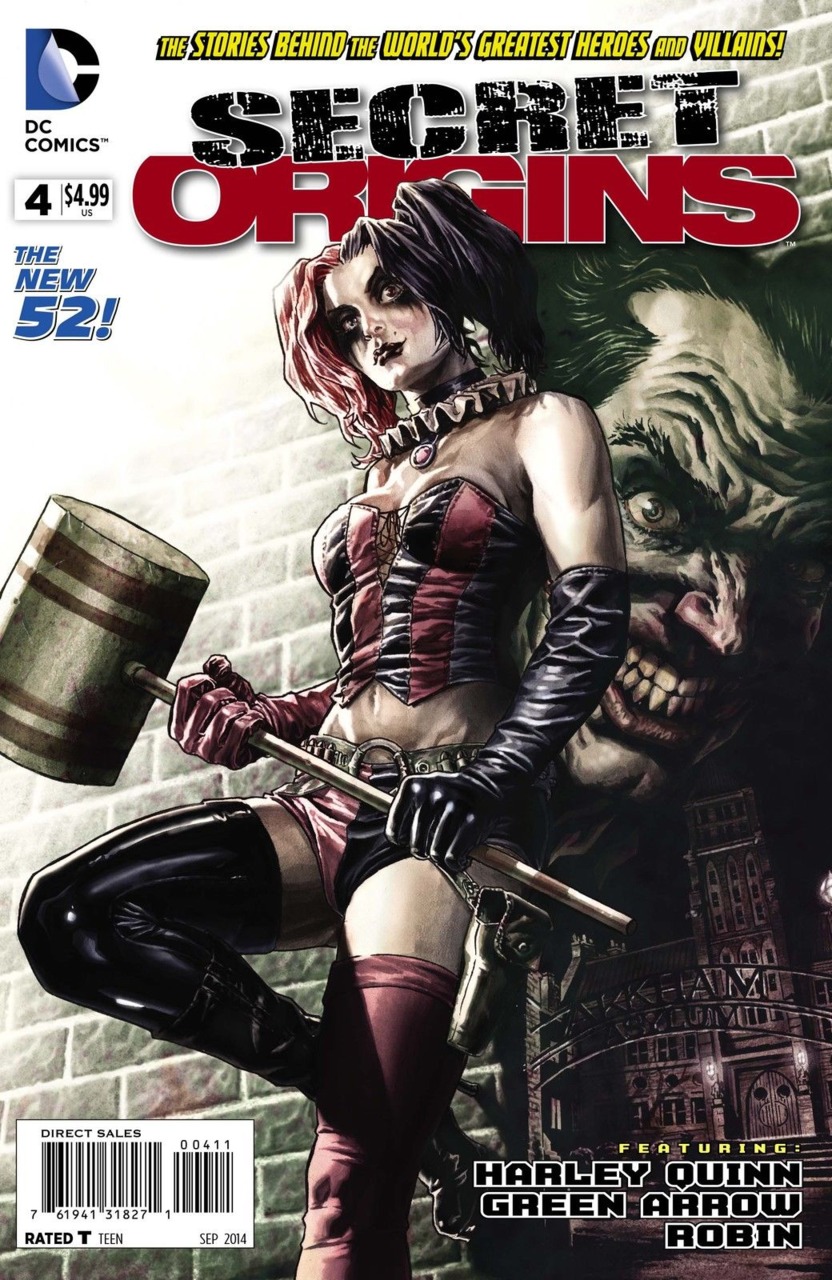 Secret Origins is kind of a head scratcher in terms of why it exists. We had the #0 issues two years ago, anyone can pick up a digital copy, and learn about a character. But then, I see how DC is doing this, and it makes sense. They are putting the origins for three different characters, so that you can buy it for one, and then get interested in the others. So that aspect of it is cool, and they try to get some of the creators from the book to tell the story, the writers at least. It left enough for new readers to have enough information to get invested in each of these characters, without rehashing the same stuff. So they could go back and read the earlier stuff if they want, or they could find a good jumping on point, and go.

If you are a new reader or wanting to branch out, and you don’t know where to start, or don’t know who to get into, pick up the issues of Secret Origins. It’ll give you a good idea of who you like. And don’t base it on the art. The art for these characters are completely different.

As we get into the spoiler section, I will let you know that we will only be covering this book when it has Bat-family characters, and those will be the ones I will focus on. There are three stories in this book, two of which I will discuss.

Here, we get the origin of Harley Quinn as told from Amanda Conner, Jimmy Palmiotti, and Harley herself. Harley is telling her origin to a crowd of people. She mentions that every time she tells this story, it’s a little different. As we’ve gotten at least three other interpretations of her origin since the New 52.

She talks about her family, how she was… Different. She liked to read, and study. It shows her first crush, and how they talked about who they would kill (creepy). When Harley picks out a girl, the boy agrees, to impress her. The boy eventually does kill the girl for Harley, and so Harley breaks into his house to get something to remember him by. Thus, the birth of the stuffed beaver.

It shows Harley studying the criminal mind, & going undercover to get closer to the inmates. Joker opens up to her, manipulates her, they break out, and he pushes her into a vat of chemicals. She becomes the person he wants her to be, but eventually they break up. Because of this, she is able to become her own person, and then blows up the crowd listening to her, which was either a group of villains & maybe some heroes, or it was a group of cosplayers from Comic-Con.

This continues the dark humor that you’ll find in the Harley book. It also has some Stephane Roux art, so it also has a similar feel to the normal book.

Next we get a nice Green Arrow story by Jeff Lemire.

And now we get to the final story, Damian Wayne’s origin. This story takes place after Bruce has “died”, and Damian is trying to prove himself to everyone that he can do this.

Against Alfred’s wishes, he rides out to the city, and begins taking out criminals. Alfred radios Nightwing, who doesn’t know much about him, so Alfred catches him up. Nightwing follows Damian, watching him to see what he can do while we get the backstory of the loveable twerp.

We see several callbacks to certain scenes. The dialog is the same, but the art is completely different. Nightwing takes Damian back to the batcave after taking out Killer Croc, saying that Alfred has found something. It’s a note to Damian from Bruce, which tells him to honor the family name. He gives him a code, and tells him to enter it in the case next to his. Damian does so, and we see Damian’s Robin costume. Which was a nice add in, that I really enjoyed.

We see Dick as Batman, and he and Damian head out to the city to fight as the new Dynamic Duo.

This one had a lot of callbacks, which can be old for an older reader. But also had some nice moments in there as well. If you hate the art, I get it. It’s Ian Bertram, who did a story in Detective Comics #27, and recently did a issue of Batman Eternal. I’ve heard a lot of negativity about his art. Although it is very stylized, I actually kinda like it. I don’t know that I would want it on a Bat-book regularly, but from time to time is nice. I think it would look better in an indie comic, as it has that kind of style. If you didn’t like it, don’t judge this story on that. There are completely different artists on these books.