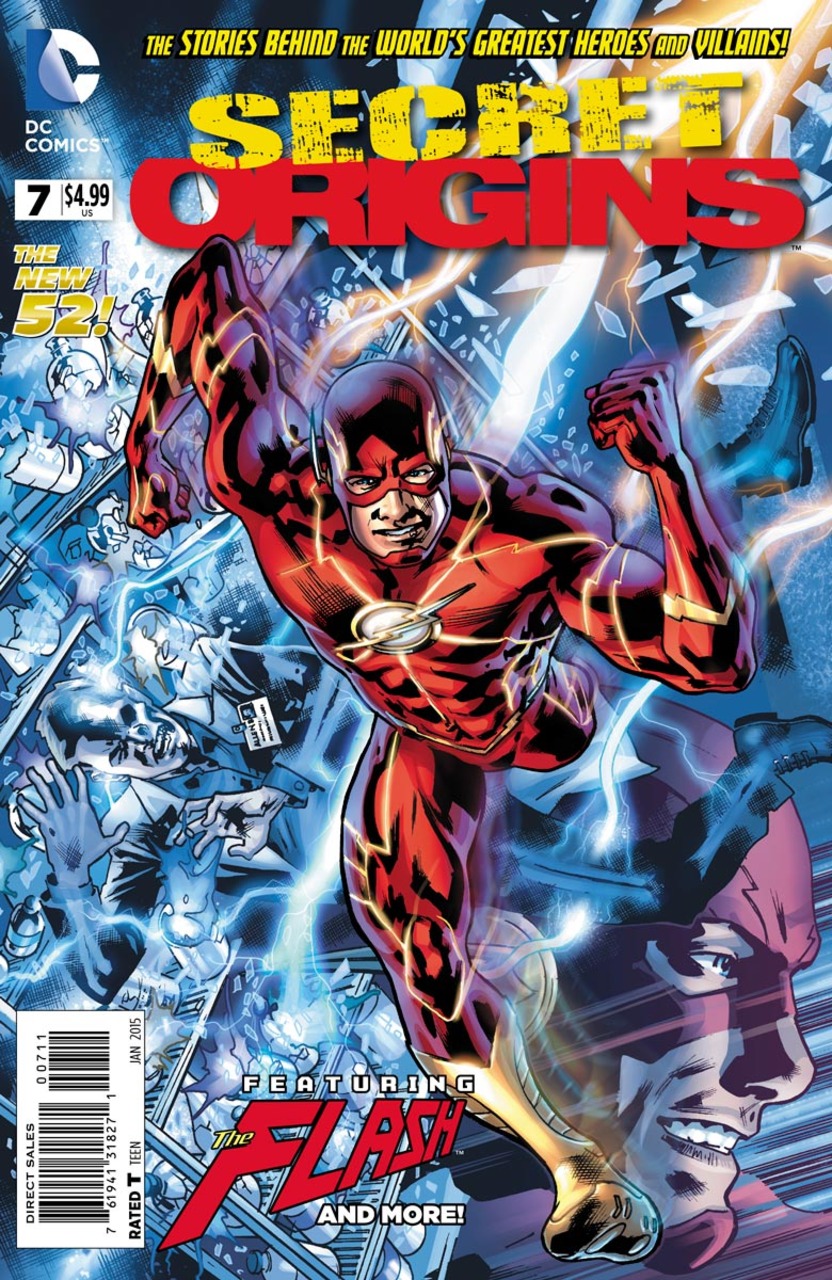 “Two Names & Two Worlds” is the origin story of Helena Wayne aka Huntress aka Robin. Normally these Secret Origins issues contain three separate stories, but today I will focus on our sole Batman Family character.

The story starts, with a young Helena dodging some type of laser bullet in the Batcave alongside her mother Catwoman. The two banter a little bit as Helena asks if she can have ice cream cake, but Selina rebuttals that her time was still slower than they agreed before the exercise.

Later that night, Helena is tucked in bed as Selina begins to read her favorite story “Robin Hood.” They are quickly interrupted when Bruce shows up in his Batman costume, Selina quickly scolds him for coming into the manor as Batman while Helena remarks that he is “in the scary suit.” Bruce and Selina head off to “clean his wounds” while Helena finishes her story.

We then jump ahead a few years, where we see Selina inform Helena that she is ready to don a costume herself. Selina shows a quick sketch of a different Catwoman costume, but Helena holds up her own drawing of “Robin” based off her favorite childhood book. We are then treated to a quick montage of Catwoman and Robin swinging through the night, and Helena’s voiceover talks about how these nights with her parents were the best in her life…until the alarm that changed everything. We see a quick recap of the events that surrounded Catwoman’s death, the Apokolips invasion, Robin and Supergirl’s first team up and then getting lost and transported to another world.

Arriving on this new Earth, Helena talks about how she will deal with the changes in her life and notes that her family is radically different on this world…and there have been other Robins to fill her place. However she notes that Catwoman’s goal of protecting and helping women is something that this world needed help with. Helena then designs and creates her new persona as Huntress and notes that if she couldn’t be Robin on this world, at least she could have her bow. The issue ends with Huntress perched atop a gargoyle ready to spring into the night.

These Secret Origins issues are always pretty good. It’s nice to see the origin portrayed in a way where it introduces some new information about the characters involved. I liked that we got to see some interaction between Helena and her mother, as this was something that we didn’t really get to see in other issues.

I like the comedy in this issue, Selina and Bruce running off together to “clean his wounds” was a little hilarious. As well, Selina’s reaction to “Robin” was priceless…so worried that Helena wanted to be “Batgirl.” It was interesting that we saw Helena getting trained so young and how prepared she was by the time of the invasion and getting stranded on a different Earth.

Overall, this Secret Origins is good…nothing to really write home about, but it’s a neat little story if you’re interested in finding out some point back story about Helena Wayne of Earth 2. The issue also includes origins for The Flash and Superboy.