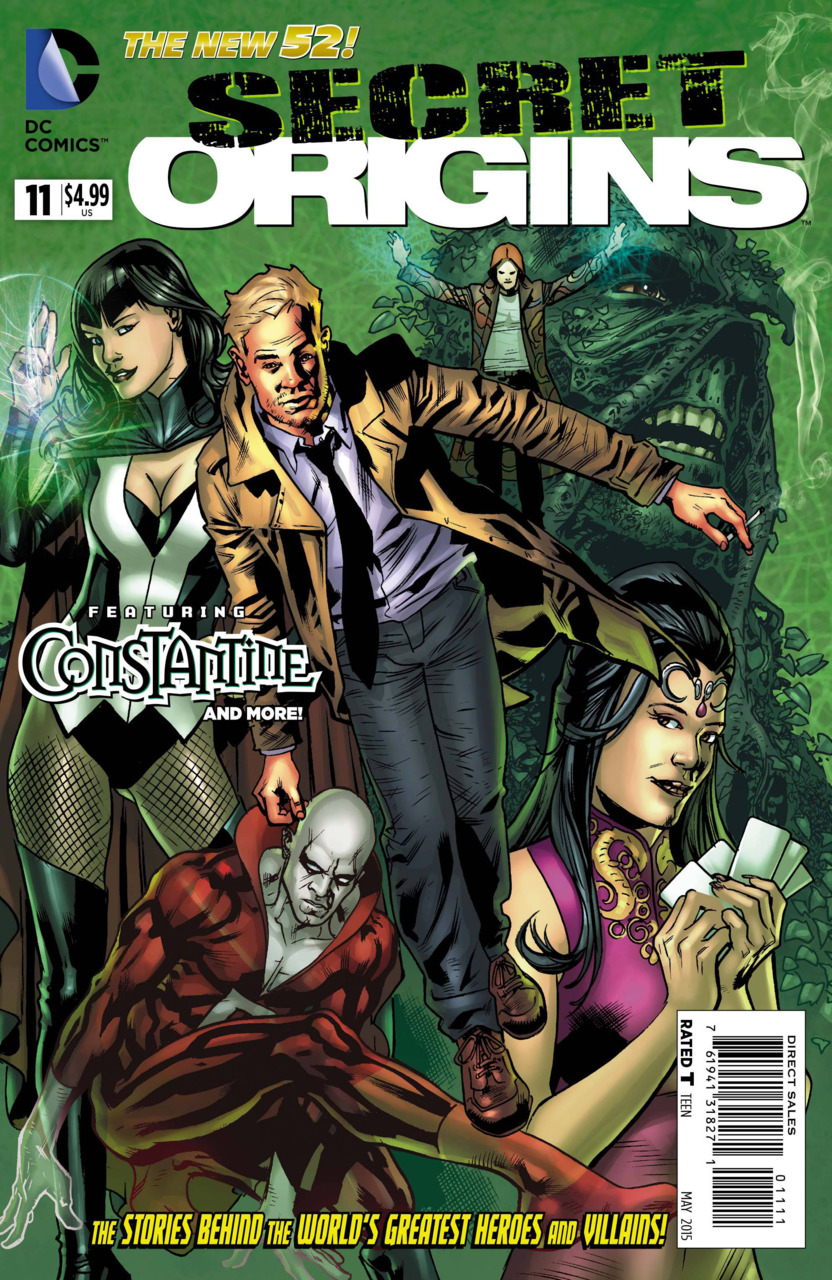 As “Secret Origins” comes to a close, the final story entitled “Code Black” revolves around the former Bird of Prey Black Canary. The story begins in the wreckage of Gamorra that was last seen in the final pages of “Team 7” where Kurt Lance was supposedly killed by Canary’s sonic cry. As Dinah jumps into the waiting helicopter she tells Steve Trevor to take off as she holds the case containing the Pandora Skull. As she sits and thinks about Kurt’s body buried within the island’s destruction she remembers when she originally joined with Team 7 and met Kurt…it is also when she discovered her abilities and that Kurt had the power to nullify or amplify her scream.

In her debriefing, she discovers that Amanda Waller had survived Gamorra (something that was not disclosed at the end of the series) and that she and Kurt were married prior to their mission…she also asks that her records be changed to reflect the last name Lance. As she is told that Team 7 is being disbanded, she is confined to her quarters until further notice.

Sometime later, Dinah visits the grave of her first sensei known as Desmond Lamarr and laments the fact that Kurt is now dead…she reveals that the government changed the story of how he died to portray him as a hero to his family. As she reflects on the loss, she remembers how her mother abandoned her as a child and that she bounced around through various foster homes. Eventually she landed on the streets of Gotham and was taken in by Lamarr and trained at his dojo. She then recalls how Lamarr died and how she attempted to run the dojo in his stead…and it was then that the events of “Zero Year” occurred and the flood caused a run in with the League of Assassins. From here she was recruited by John Lynch into Team 7.

Back at base, Amanda Waller confronts Dinah and lets her know that the government will try to silence her due to her abilities and involvement in Kurt’s death. She tells Dinah to run and gives a uniform that was designed specifically for her (the outfit that we have seen Canary wear since the beginning of the New 52). Waller informs her that they’ve issued a Code Black, something that Dinah will never come back from…and never be heard again. As a team of soldiers descend on her, Dinah uses her abilities and fighting skills to escape and jumps on a motorcycle. As she rides off into the night, she comments to herself that Canary is now dead, “long live Black Canary.”

Overall this was a decent story that filled in a few gaps in between the ending of “Team 7” and the beginning of “Birds of Prey” where Dinah is on the run. The writing was well done and the art was very clean and neat…however, a lot of what was seen has either been discussed or alluded to in both of the previously mentioned titles. So, truthfully this isn’t a must read like other “Secret Origins” story such as Batgirl was.

As this is the last issue, I think that the “Secret Origins” run has been pretty interesting…I found that DC has favored a lot of the Batman characters in almost every single issue, so we managed to get some neat stories revolving around those characters. It was also a good way to introduce new readers into the different series, and I wonder if there were people that managed to fully comprehend the stories that were being told, and if they started to jump on and read any of the various characters.

On a last night, this last issue seemed to be whimper to me…the three stories (Guy Gardner, John Constantine, Black Canary) were not very strong and this was definitely one of the weaker issues of this series. I wonder if DC believed that it would continue, otherwise I think that they may have done some bigger characters in their final issue.