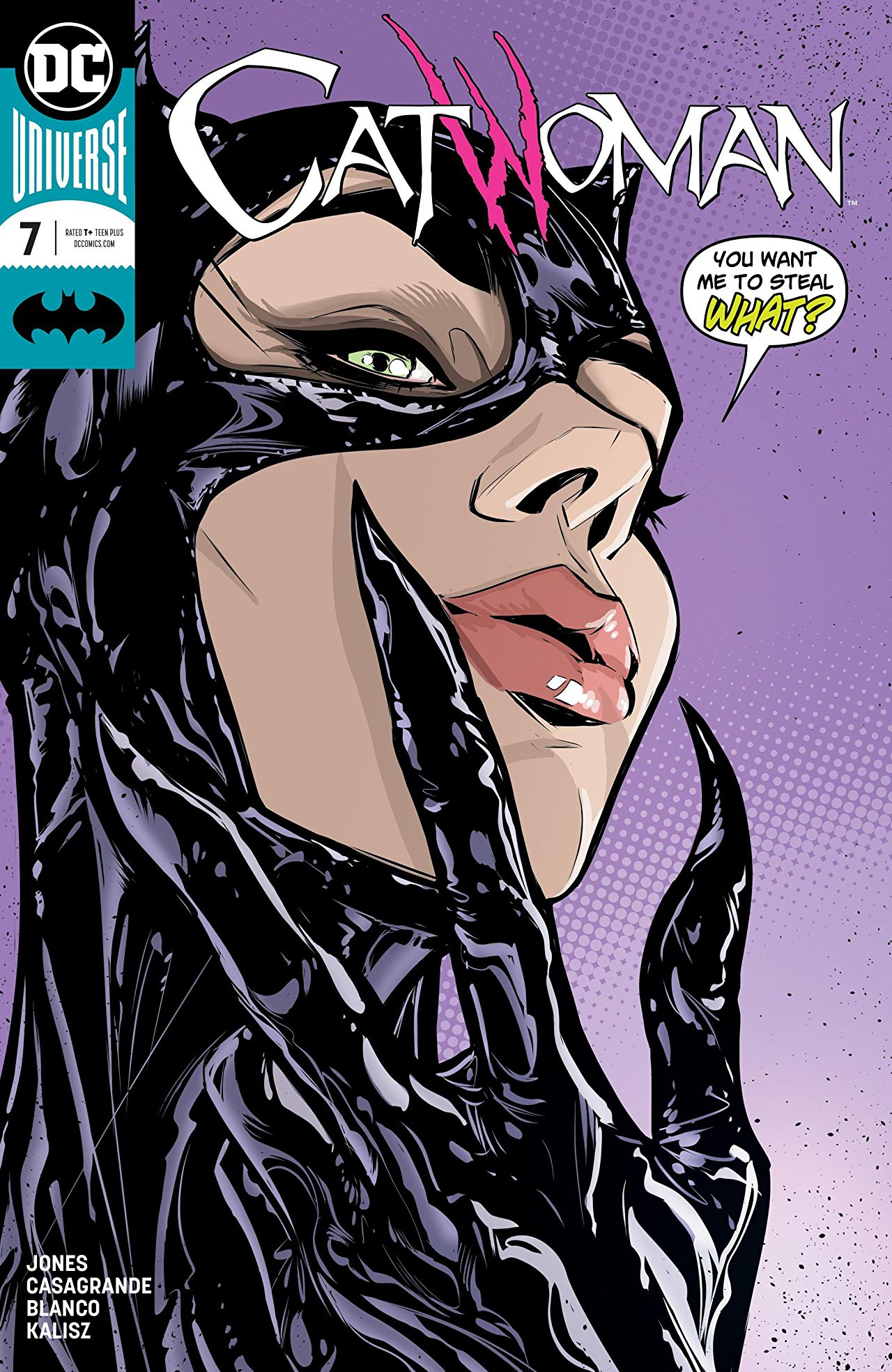 Overview: Selina is still in Villa Hermosa keeping an eye on her sister, but gets a visit from a Gotham rogue she knows all too well.

Synopsis (spoilers ahead): Selina remains in Villa Hermosa, the town where her sister is receiving psychological care.  She goes out jewelry shopping and thinks about how she was raised from a young pickpocket by Mama Fortuna who taught Selina how to be ferocious. She learned her lessons well, as an unfortunate dismissive jeweler learns.

Penguin arrives in Villa Hermosa by plane and gets a car from the airport. He kills his driver, who was too chatty for the old bird’s taste.

Raina Creel shows up at a doctor’s office demanding a ‘procedure’ but is refused because she has hit this month’s quota of ‘procedures’. Mama Creel exposes her decrepit face to explain why she needs the treatment so badly. Pretty hideous, maybe give her just one more ‘procedure’ for the road.

Explosions knock the Pier Ferris Wheel off its axle, rolling into the water. It is a message to Catwoman who hears it loud and clear and goes in search of the sender. She beats up several guards and makes her way into the aquarium where Penguin waits for her. He offers her a seat.

What does the buzzard have in mind? Until next time.

Analysis: We get a compelling narration at the start, where Selina talks about how she was raised up from a simple pickpocket,  juxtaposed against her having to put an inconsiderate jeweler in his place. As a Selina fan, I always appreciate a little snippet of her history and illustration of her character.  It was effective.

The plot of this issue is very simple. Selina isn’t to be trifled with, and Penguin wants her for something. Also, Raina Creel is still on the loose and in the mix. We haven’t seen the last of that twisted one.

It appears that Selina is going to be staying in Villa Hermosa to care for her sister Maggie for the near future at least. There were some hints that she might be taking Maggie to another facility and give us a change of scenery, perhaps even back to Gotham. Apparently not. I know, I’m harboring lingering bitterness at Selina and Bruce’s failed nuptials. I’ll get over it.

The art in this issue isn’t by Jones, as were past issues. Her signature style is missing here, but the overall mood is the same. The exposed Raina Creel looked like something out of an EC Comic, just ghastly. Even a guy in the doctor’s office with bandages all over his face was staring at her.

There is a lovely full-page spread of Selina at the edge of a building poised to jump. Behind her are Gotham and a moon-red sky. I might like it as a poster.

The fights in the aquarium had a very pleasing look. The colors were teal and aquamarine tones. Selina looks great against them in her black suit and green eyes.

The final panel, shows  Penguin gesturing to a chair he would like her to sit in. Selina’s heeled boots are in the foreground. Penguin is in shadow in front of the floor-to-ceiling fish tank. The word balloon says simply “Please, have a seat”. It is a moment of almost stillness after a slew of punching, running, and whipping. It was a fun moment.

Final Thoughts: A promising new Catwoman arc which shows her seemingly unable to stay out of trouble though she is just trying to take care of her sister.