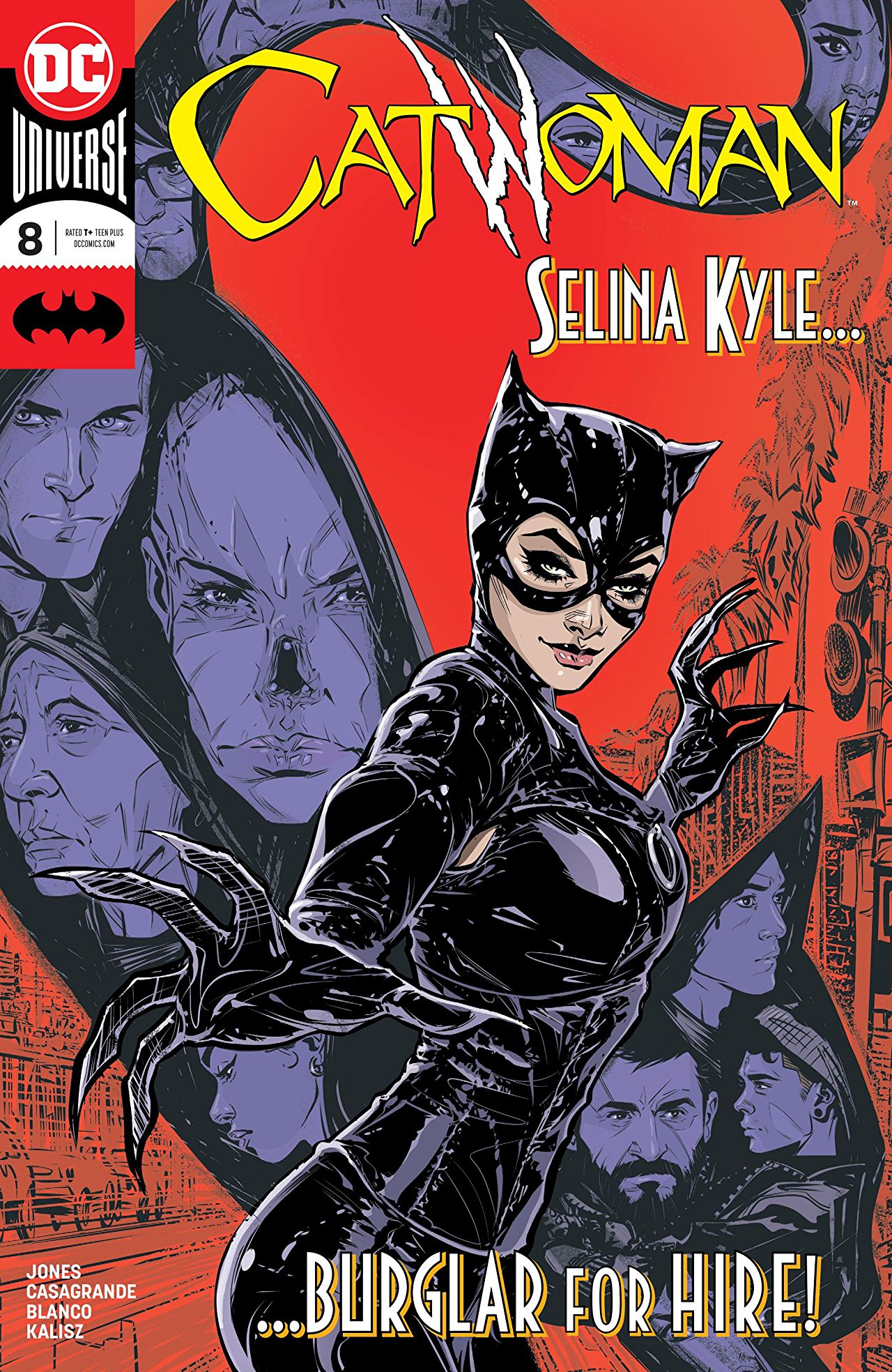 Overview: Selina steals an object with curious properties and is promised that only trouble will come from it.

Synopsis (spoilers ahead): Raina Creel visits a darkened, apparently abandoned warehouse. She is met by some guard dogs. A woman appears in the gloom. She is the source of a mysterious elixir which apparently comes with a price that isn’t money. But of course, it also costs money too.

Raina sees a strange egg-shaped decoration with an orb floating inside. The woman is its guardian. Creel asks if that is the source of the elixir, and expresses an interest in purchasing it. It is, but she is told it isn’t for sale and anyway, the price of owning it is far too high. She pays for the potion, takes it, and leaves.

Catwoman meets with the Penguin who wants her to steal something for him. In return, he will give her a letter from Holly Robinson, who owes Selina some explanations for past misdeeds.

Catwoman climbs a building to acquire Penguin’s artifact, but is grabbed and pulled into the building by what looks like a zombie. She kicks him out the window, but the building is full of zombies that commence in chasing her. She performs some nifty escape maneuvers and finds her way to the same decoration that so enthralled Raina Creel. The guard dogs pin her down and the Guardian lady tells her not to take the artifact.

Back at the Creel Mansion, Raina brings her son Raymond upstairs to see what she has been up to. Apparently, she dug up her dead son Adam and gives him some of the magic potion. Raymond thinks this is a bad idea and says so, but she replies with some hurtful things. Adam opens his eyes, which is unusual for dead folks.

Back at the creepy warehouse, the strange woman says she is the custodian of the ‘reliquary’. Selina has grabbed it. She is told that it contains a map which is nothing but trouble. The two fight. Selina wins and escapes the building with the artifact. Penguin and his men are waiting for her and he takes the reliquary saying he is going to leave town.

Analysis: Writer Joelle Jones extends the mystery of Raina Creel. We have gotten some of her backstory over the past seven issues, but the source of her youth potions is still not clear. We also get some tantalizing clues about the source of the potion in this issue. The family dynamics of the Creel’s is on display here; Raina is a mother who plays favorites and that promises to be trouble.

I am not sure why Penguin felt the need to assault Selina at the end of the story, as it sounded like he didn’t trust her to hand over the artifact. Though it isn’t clear why, unless he is just being a jerk. And how does Holly Robinson fit into the whole story, or is Penguin just using Selina’s desire for information to get her to do the heist?

Elena Casagrande and Fernando Blanco were on the penciling duties for the issue. John Kalisz did the colors and Josh Reed for lettering. The look of this book is similar in tone as the ones that Joelle Jones did the art on. The change in artists is in no way jarring. The reliquary looks pretty cool, it is an American football sized object with what looks to be an egg-shaped jewel hovering in the middle. There are some notable facial expressions in this issue. When Raina Creel sees the reliquary her eyes bug out over top of the scarf she has wrapped around her misshapen face. Also, when Selina gets grabbed by the zombies, she has an excellent expression of surprise.  Plus, the noseless Raina Creel’s distorted face is always a treat. Somehow she looks great.

Final Thoughts: Overall, this issue and story as a whole seem to be moving very slowly when you first read through the book, but in fact, a lot does happen. The scenes are compact yet eventful. I am enjoying this story but am not, as of yet, sure where it is going. It is an enjoyable continuation of the Raina Creel story that raises more questions than it answers.