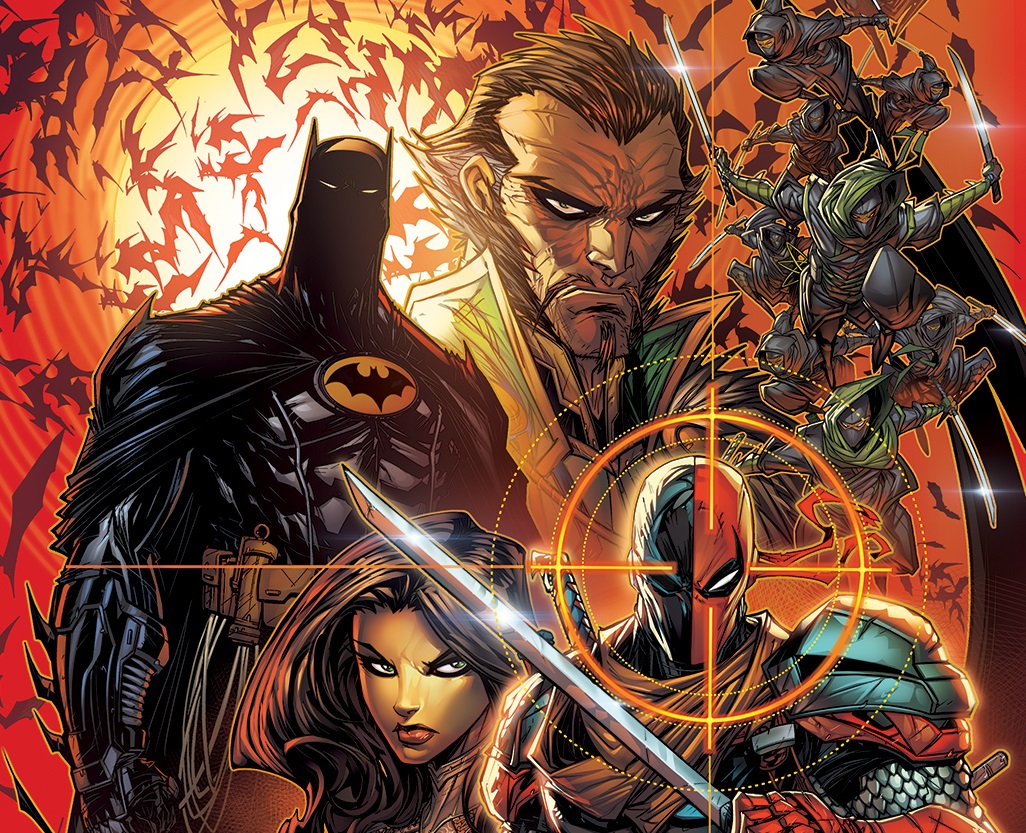 DC Comics has announced a three-month crossover event beginning in March called Shadow War. This new event will take place in the pages of Robin, Batman, and Deathstroke Inc. The story will also be told in three one-shots which will include kicking off and ending the event.

Joshua Williamson will be leading the charge as the main creator behind the event. Williamson is already currently writing Robin and Deathstroke Inc., and beginning a few days ago, took over the Batman title as well. As most events make the same promise, the event is said to “have major ramifications in the DC Universe.”

DC has released the information for the first three books connected to the event, which will all release in March and all written by Williamson. The first title will be Shadow War Alpha #1, which will have art by Viktor Bogdanovic. Slade Wilson commits an act that puts him in the sights of Talia al Ghul and the League of Shadows. Batman and Robin set out to track Slade down, but not everything is as it seems. This issue will feature a main cover by Jonboy Meyers, a variant cover by Bogdanovic, and a card stock variant cover by Dan Mora.

Coming in April the event will include Batman #122, Deathstroke Inc. #8, and Robin #13. The event will conclude in May with Batman #123, Shadow War Zone #1, Deathstroke Inc. #9, Robin #14, and Shadow War Omega #1. After years of the Batman title being self-contained, what do you think of Batman being part of a crossover that doesn’t bear his name?