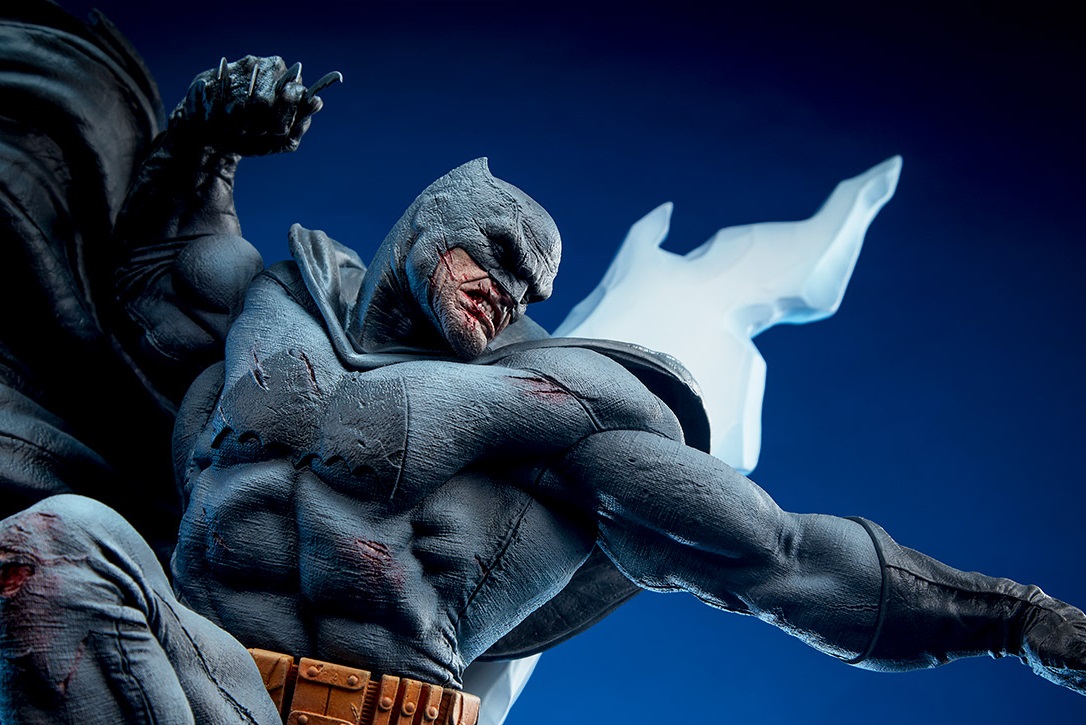 Sideshow Collectibles has released details for their latest Premium Format Figure, which features Batman based on his appearance in Batman: The Dark Knight Returns. The statue measures about thirty-two inches tall and features the Caped Crusader ready to fight. The statue also features a light-up function illuminating the lightning bolt behind Batman. It is priced at $675 and is expected to ship between June and August 2022. You can preorder the statue now at Sideshow Collectibles.

The Batman: The Dark Knight Returns Premium Format Figure measures an impressive 31.5” tall and 22” wide as lightning strikes a Joker-faced gargoyle base, underscoring Batman’s return to vigilante crimefighting after giving up the mantle. This DC Comics statue captures the powerful silhouette and grim attitude of Gotham City’s greatest defender with explosive action and dynamic coloration.

The polyresin Batman: The Dark Knight Returns Premium Format Figure is fully sculpted and features detailed textures and paint applications that bring this famous design to life in three dimensions. Batman’s costume shows signs of weathering and distress, covered in slashes and blood splatters resulting from his brutal fighting style. His immense cape curls behind him as he descends to the city below, and his raised right hand has Batarang claws between his knuckles. Bruce Wayne’s aging face is hidden beneath his short-eared cowl, with a bloody nose and a determined scowl. Bright highlights of blue and white are reflected throughout key areas of this Batman statue to give the illusion of a blinding flash, adding depth and realism to the Dark Knight’s triumphant reappearance.

Clean up the crime in your collection and bring home the Batman: The Dark Knight Returns Premium Format Figure today!