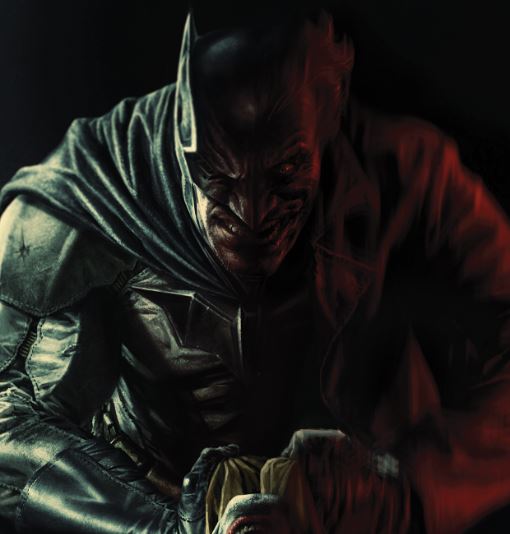 Sideshow Collectibles has released details for their latest fine art print, which features a variant cover of Batman #100 by artist Lee Bermejo. As with all of the Sideshow prints released, there are multiple options for framing. The print is available as a giclee on paper unframed (limited to 300), a giclee on canvas (limited to 50), and the giclee on paper in a black frame (part of the limited run of 300). The prices vary on options from $95-360, and the print is expected to ship between December 2022 and January 2023. You can preorder the Batman print by heading over to Sideshow Collectibles. 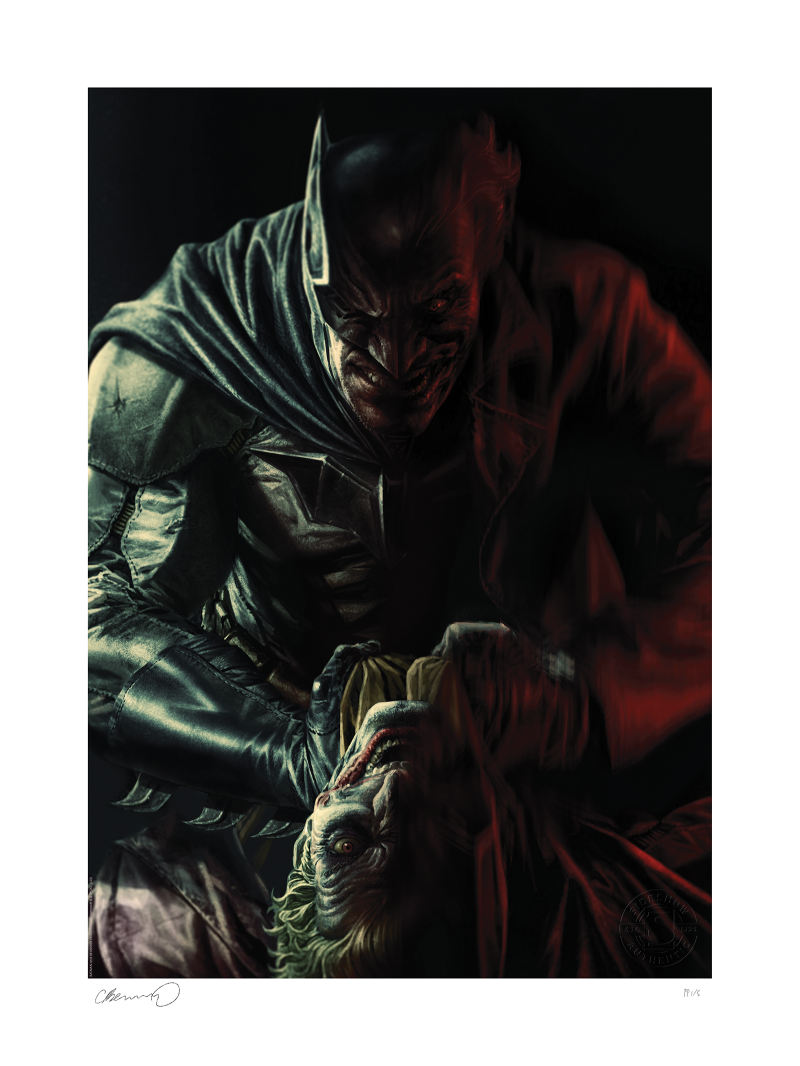 “HE ONCE TOLD ME THAT A FIGHT WITH JOKER IS A FIGHT AGAINST DEATH ITSELF. AND THAT FIGHTING IS LIVING, CONTINUING ON.”

Batman and The Joker are diametrically opposed — like order and chaos, like justice and crime. And yet, there cannot be one without the other. Lee Bermejo’s spine-chilling portrait of the Dark Knight reveals the ways in which the two foes are forever a part of one another. As the Caped Crusader throttles his cackling adversary, the blood-red shadows reveal The Joker’s own smile creeping under Batman’s cowl. Like the mirrored figures of a playing card, they echo one another in their eternal duel for balance.

Originally created as a variant cover for the milestone Batman #100 (2020), written by James Tynion IV, this comic book artwork is now available to fans in a high-end format. Each Batman #100 Fine Art Print features an authorized, automated artist signature and an embossed Seal of Authenticity as a part of the limited edition of 300 pieces. Available as an unframed giclée or in a custom framed format, this Batman artwork is a must-have for fans of the World’s Greatest Detective.

Choose your side in the war for Gotham City! Bring home the Batman #100 Fine Art Print by Lee Bermejo today.