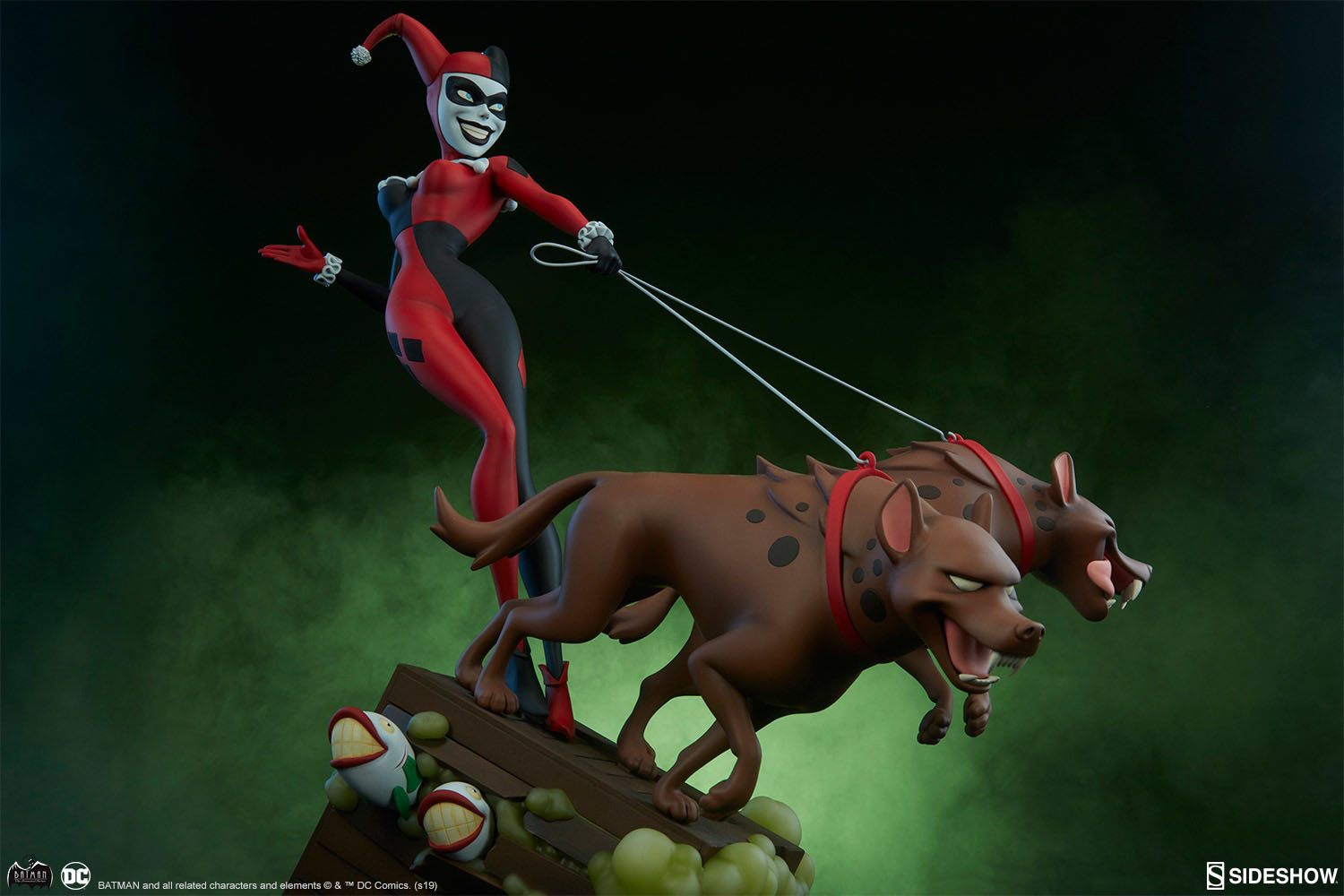 Sideshow Collectibles has announced their latest offering from the series based of Batman: The Animated Series. This time around Harley Quinn with her hyenas are featured. This statue stands at just over sixteen inches tall and features Harley with both Bud and Lou on a themed base. As usual, there is a standard version and a collector version. The collector version includes a swappable hand featuring a pop gun, which is priced at $435. The standard edition is priced at $425. Both versions are expected to ship in early 2020. You can pre-order the statue from Sideshow Collectibles now.

Sideshow presents the Harley Quinn Statue, the next DC Comics collectible busting her way into the Animated Series Collection.

Inspired by her iconic animated appearance, the Harley Quinn Statue measures 16.25” tall as Harley ramps down a crate bursting with Joker Fish, pulled along by her hyenas Bud and Lou. The resin statue features a sculpted costume in her signature red, black, and white color scheme, detailed Harley’s trademark diamond cut patterns and sculpted white ruffs.

The Exclusive Edition of the Harley Quinn Statue includes a swap-out right hand holding a loaded pop gun, so you can add an additional pop of flair to your Batman collectibles display.