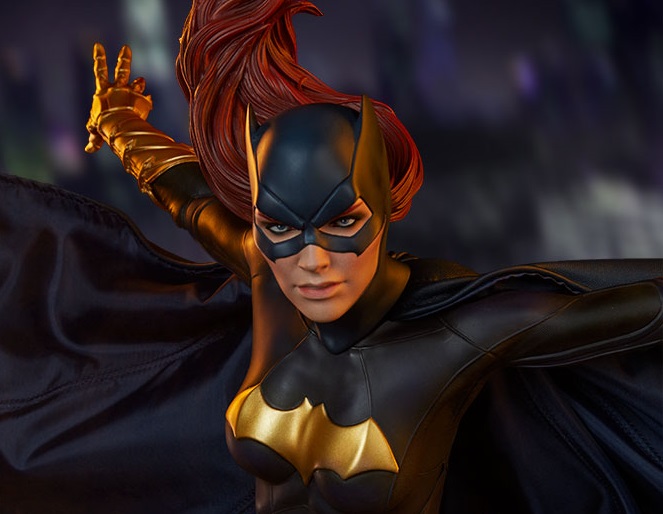 Over two years ago, Sideshow Collectibles announced a new premium format figure featuring Batgirl. Now an extremely limited version of the same figure is being released in a modern paint scheme. The new version of the figure features a color pattern that models the more recent incarnations of Batgirl compared to the muted gray of the original release. The figure is part of a limited edition of only one hundred and fifty pieces. It is priced at $590 and is expected to ship in 2022. You can preorder the figure by heading directly over to Sideshow Collectibles.

“Y’know, the costume may have changed … but the attitude’s still the same.”

The Batgirl (Modern Version) Premium Format Figure measures 21” tall as Barbara Gordon drops in from the rooftops, bursting through a shattered warehouse window to catch criminals in action. Several smoke bombs form the smokey gray base as our heroine makes her dynamic descent through jagged window panes into the seediest parts of Gotham.

The resin Batgirl (Modern Version) Premium Format figure features a sculpted charcoal-colored bodysuit detailed with textured paneling and piping, giving the costume its more recent, revitalized look. The design is complete with gold accents on her gloves, boots, belt, and Bat-symbol. She wears a holstered grappling gun on her thigh and beneath Batgirl’s navy-blue cowl is an intense expression highlighted by her dramatically flowing red hair.

Batgirl also features a matching blue cape, carefully tailored with a faux-leather exterior and a sleek inner lining to coordinate with her crimefighting costume. Multiple internal wires allow you to craft the perfect action-packed pose for her cape as she makes her bat-like leap into the fray below. Limited to an edition size of only 150 pieces, this is a must-have for fans of Batman and the Bat-Family.

Get out your grappling gun and grab the Batgirl (Modern Version) Premium Format Figure for your cave of Batman collectibles today.