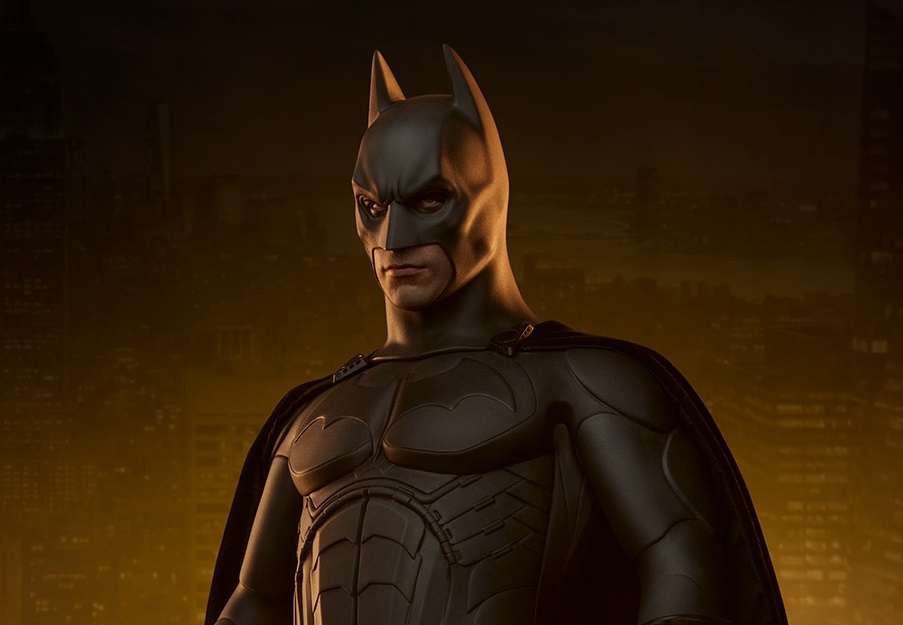 Sideshow Collectibles has released details for their latest premium format figure, which features Batman from Batman Begins. The figure measures about twenty-six inches tall and features a base inspired by the Narrows. It is priced at $620 and is expected to ship between May and July 2022. You can preorder the figure at Sideshow Collectibles.

Sideshow presents the Batman™ Premium Format™ Figure, a cinematic take on the Dark Knight stepping into your roster of DC Comics collectibles.

Inspired by actor Christian Bale’s turn as the iconic superhero in the film Batman Begins (2005), this statue captures the signature stylings of his own unique Batsuit and memorable on-screen presence. The Batman Premium Format Figure stands 25.75” tall on a 9” wide base inspired by the Narrows, the crumbling Gotham neighborhood riddled with crime. Looming above the decaying infrastructure of his city, Batman looks out with a stern gaze beneath his cowl in search of criminal lowlifes to stop in the pursuit of justice.

The polyresin Batman Premium Format Figure features a mixed media costume application consisting of a fully sculpted suit and cowl design paired with a tailored fabric cape. The cape has a textured exterior and sleek interior, and metal wiring in the hem allows for dramatic posing opportunities with this material element. This iteration of the Batsuit features matte black coloring and tactical, more armored aspects to the torso, arms, and legs. He has spined gauntlets, dark boots, and a gold utility belt to complete the costume and give him a distinct pop of color in the darkness.

Become the night and bring home the Batman Premium Format Figure for your DC collection today!