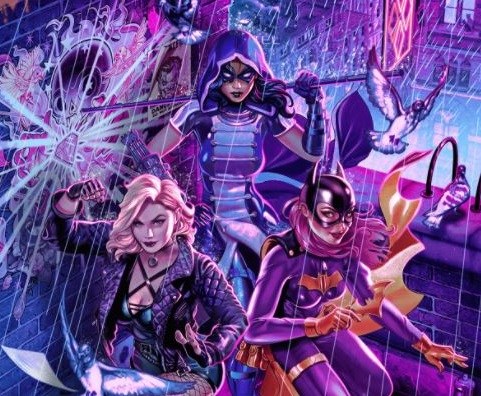 Sideshow Collectibles has released details for their latest fine art print, which features the Birds of Prey by artist John Keaveney. Batgirl, Black Canary, and Huntress are present in the new piece. As with all of Sideshow’s prints, there are multiple options for framing. The print is available as a giclee on paper unframed (limited to 400)and the giclee on paper in a black frame (part of the limited run of 400). The prices vary on options from $95-270 and the print is expected to ship between October and November 2021. You can preorder the print by heading over to Sideshow Collectibles. 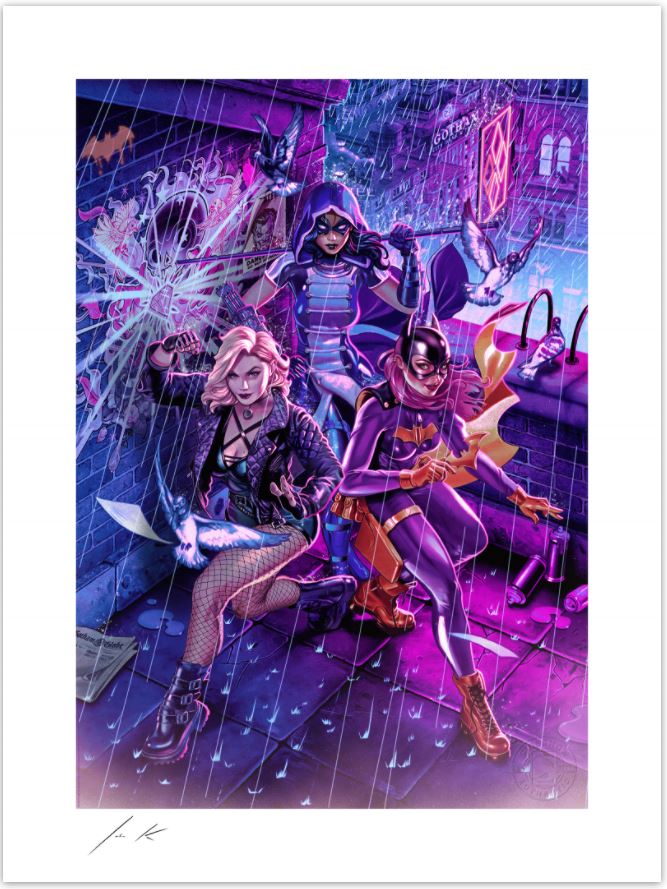 “WE AREN’T ASSASSINS. WE BRING PEOPLE TO JUSTICE.”

You know what they say about birds of a feather! Gotham girls Dinah Lance, Helena Bertinelli, and Barbara Gordon unite to form a fearsome crimefighting front known as the Birds of Prey in this DC Rebirth-inspired illustration. With their strengths and smarts combined, they don their masks, lace their boots, and take wing over the crime-ridden streets of their city as heroines Black Canary, Huntress, and Batgirl. Keaveney captures the team’s energetic and experienced battle prowess in a vibrant scene packed with visual Easter eggs referencing other famous Gothamites, including malicious mobsters, various vigilantes, and even honorary Birds of Prey.

Each Birds of Prey Fine Art Print features an authorized, automated artist signature and an embossed Seal of Authenticity as a part of the limited edition of 400 pieces. Pair this DC Comics artwork with DC Comics collectibles from Sideshow like the Huntress Premium Format™ Figure, the Black Canary Premium Format™ Figure, and other Batgirl figures to have the Birds flock together in your collection!

Team up with a terrific Gotham trio and bring home the Birds of Prey Fine Art Print by John Keaveney today!