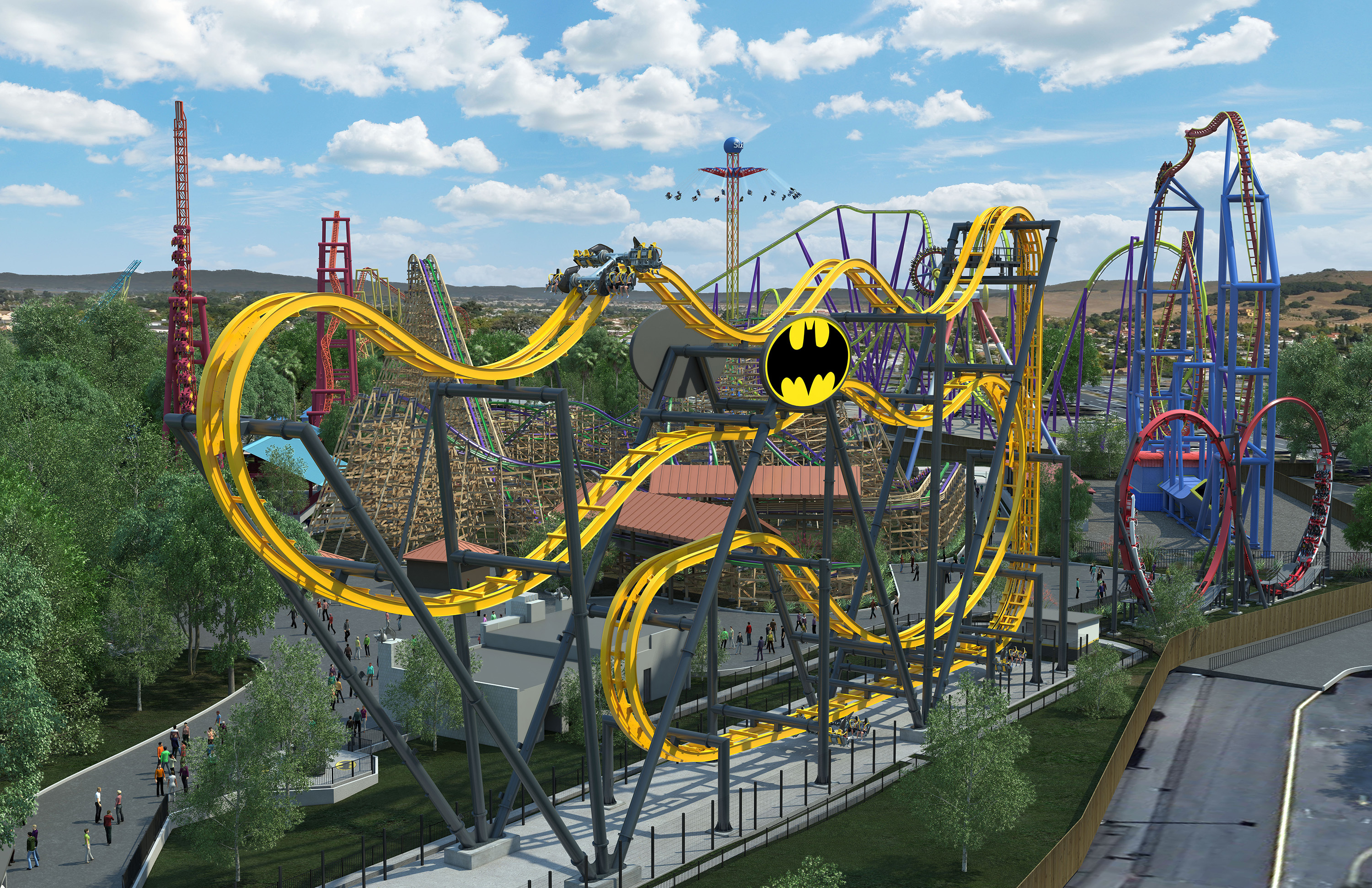 Summer may we winding down but that doesn’t mean you’ve run out of time to visit your favorite amusement park and strap in for some roller coaster action. Six Flags has you covered as they’ve unveiled new thrill rides for 2019 at several of their parks including two that are of interest to Bat-Fans:

Themed after one of the world’s most iconic DC Super Heroes. Riders on this 4D wing coaster will experience a sensory overload as they flip head-over-heels at least six times along a weightless, tumbling journey with unexpected drops and vertical free-falls.

Delivers a unique brand of chaotic, dizzying fun for extreme thrillseekers. Towering a record-breaking 17-stories tall, this impressive giant disk will reach speeds up to 80 miles per hour as it whips back and forth, and higher and higher, to give riders a spectacular view of the world below them.

While these won’t be open until next year, there are still plenty of DC related attractions at the parks. Six Flags Great America, for example, has existing Batman and Dark Knight-themed coasters as well as shops and events catered to DC enthusiasts. There were also new attractions that just opened this year that you could check out.

What’s your favorite roller coaster or attraction at your local amusement park? Let us know in the comments below!