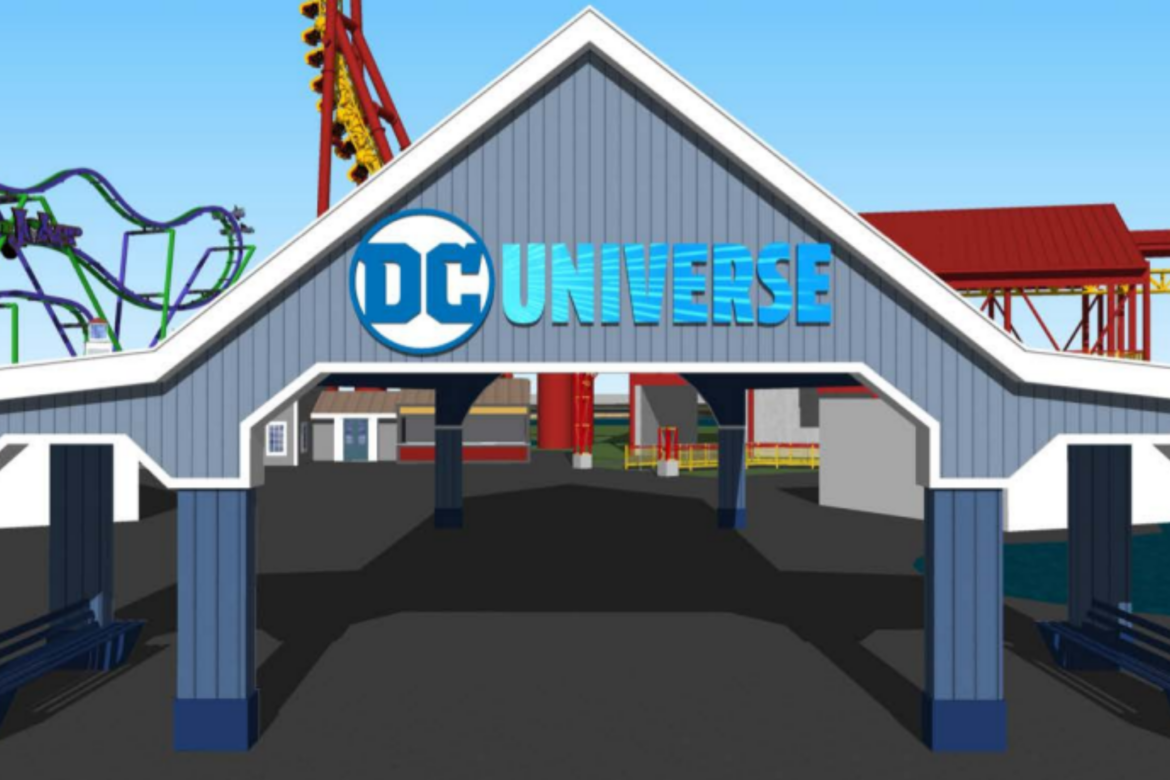 Exciting news, Bat-Fans! Warner Bros. Themed Entertainment and DC and Six Flags Great America are teaming up to bring a brand new way to experience the DC Comics universe. DC Universe, a new park expansion to the Thrill Capital of the Midwest, Six Flags Great America near Chicago, opens this year! The new section will open on April 15, 2022.

New rides at the park will include The Flash: Vertical Velocity, a high-speed launch coaster, Aquaman Splashdown, a winding flume ride with a watery plunge, and DC Super-Villains Swing, a spinning attraction twirling guests in a 360-degree orbit, alongside existing rides Batman: The Ride and The Joker Free-Fly Coaster.

Park President John Krajnak said: “Six Flags Great America prides itself on bringing guests new, innovative and thrilling experiences each season. DC Universe is the largest and most exciting park enhancement in recent memory. This newly branded area brings together some of DC’s most iconic Super Heroes and Super-Villains for an exhilarating and immersive experience.”

The new DC Universe will replace the Yankee Harbor section of Six Flags Great America. It will include new dining options, such as Steelworks Pub, Gotham City Snacks, Central City Snacks, and Captain Cold Ice Cream. There will also be new shopping areas, comfortable resting areas, and photo-op locations. You can see more pictures and get more info at the official Six Flag Great America website.