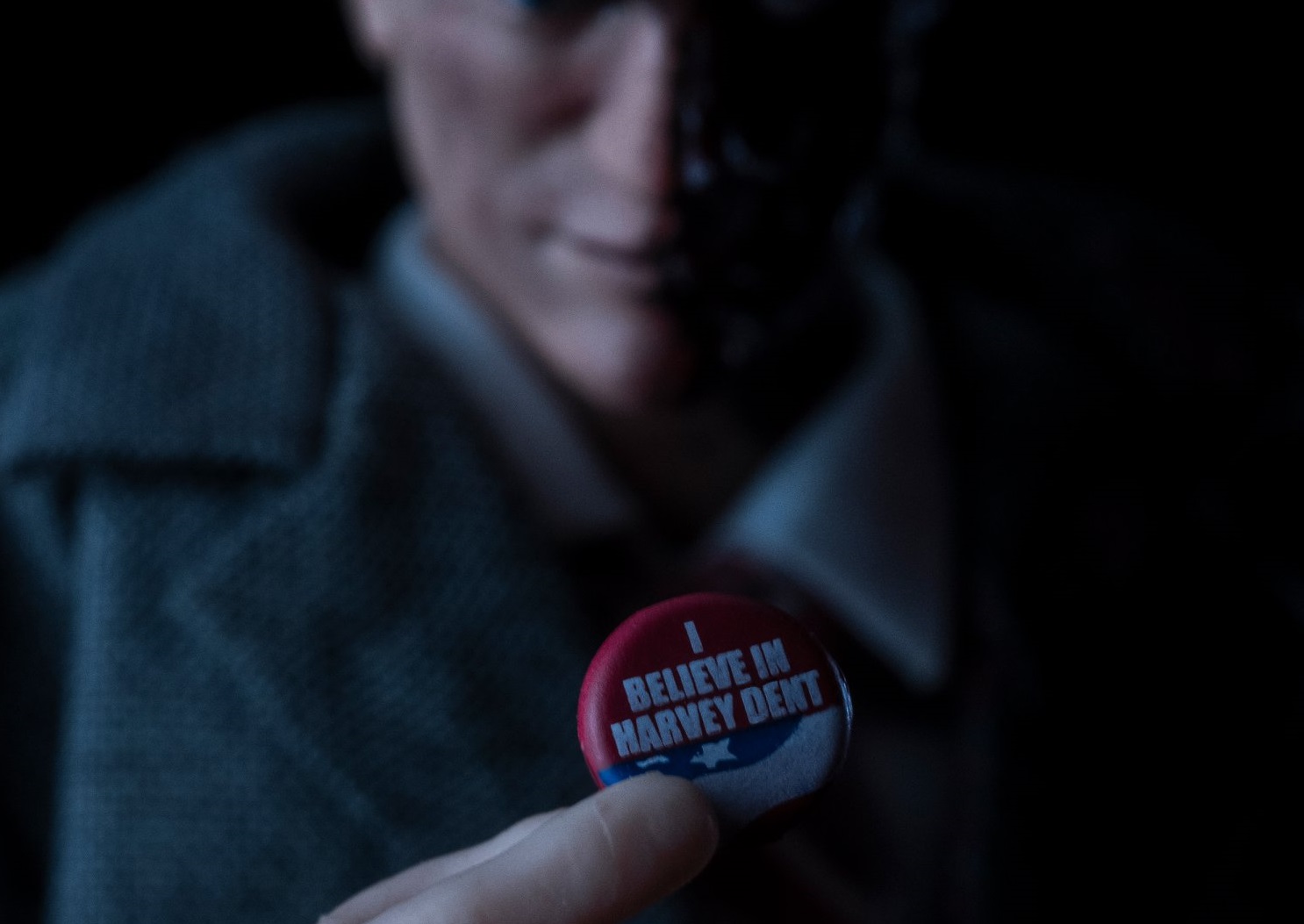 Soap Studio has released new details and images for its Two-Face figure based on the character’s appearance in The Dark Knight. Two-Face is a 1/12 scale figure, meaning Harvey will be standing roughly six and a half inches tall. Complimenting that will be his whooping twenty-seven points of articulation! Two-Face comes with three coins, a pin, a revolver, interchangeable hands, a burned suit, and of course a figure stand. No official release date has been announced as it is listed for release in mid-April in Hong King. It is known that the figure will cost roughly $70.

“The world is cruel. And the only morality in a cruel world is chance. Unbiased, unprejudiced, fair.” – Two-Face

Since the moment of disfigured, kind and gentle prosecutor Harvey Dent become double-sided mad man and begins an obsession who makes decisions of life and death with a silver coin.

In the 2008 “The Dark Knight” Aaron Eckhart plays as Two-Face who was Gotham City’s prosecutor with a justice heart and try all the best to take down the mob. Yet his justice becomes beginning of his tragedy, the mob bosses turn to Joker and this sadistic psychopath burn Dent’s left face.