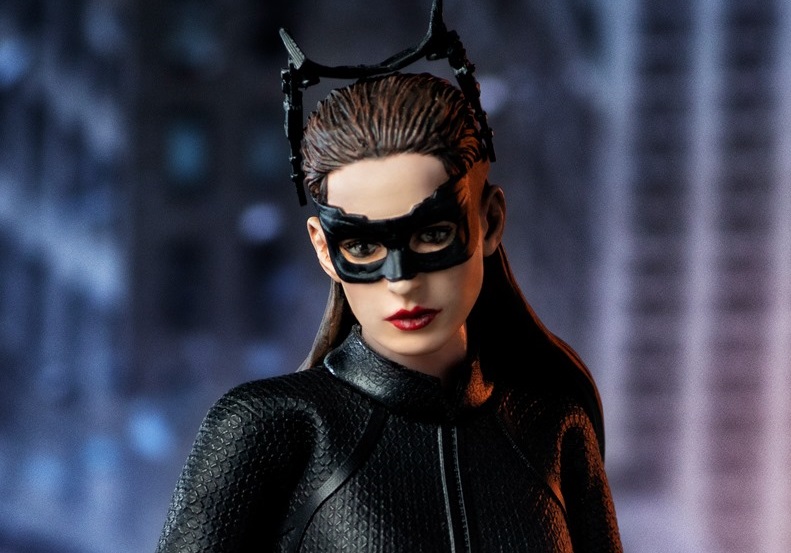 Soap Studio has released details for their latest figure from The Dark Knight Rises which features Anne Hatheway’s Catwoman as a 1/12 scale figure. It measures 6.5″ tall and features thirty-three points of articulation, multiple exchangeable hands, weapons, and a removable mask. It is priced at about $82 and is expected to ship in June 2020. You can preorder directly over at Soap Studio now.

“I take what I need from those who have more than enough. I don’t stand on the shoulders of those with less.”

Catwoman in the Dark Knight series played by Anne Hathaway is a warrior with sadness but brave. Hope for a new beginning in Gotham City, she covers up her complex psychological journey under the black catsuit, leather boots, belt, and eye patch. Unlike Catwoman in comics, Catwoman in dark knight series seems to be much more perseverance. Neat turn, fast and precise kick, throw a punch without any hesitant, showing her knight-errant spirit in every fight.