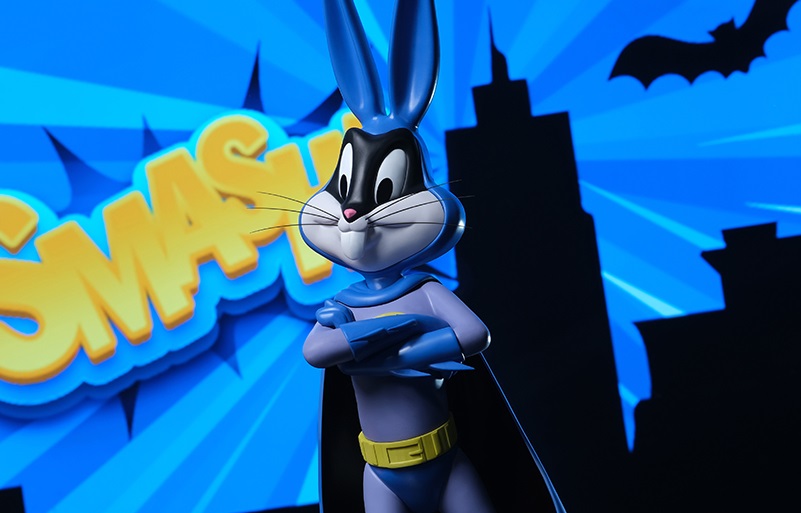 Soap Studio has released details for a new collectible figure based on Space Jam: A New Legacy, which features Bugs Bunny dressed as Batman. The figure measures about thirteen inches tall and features Bugs in a different pose than the previously announced statue from Iron Studios. It is priced starting at $229 and is expected to ship between November 2022 and January 2023. You can preorder the figure from Sideshow Collectibles.

Standing at approximately 13″ tall, Bugs Bunny is seen wearing the one and only Batman’s suit. The Dark Knight of Tune Town is ready to fight crime at night while lounging and eating carrots by day.

Don’t miss your chance to add this Batman Bugs Bunny figure to your collection today!