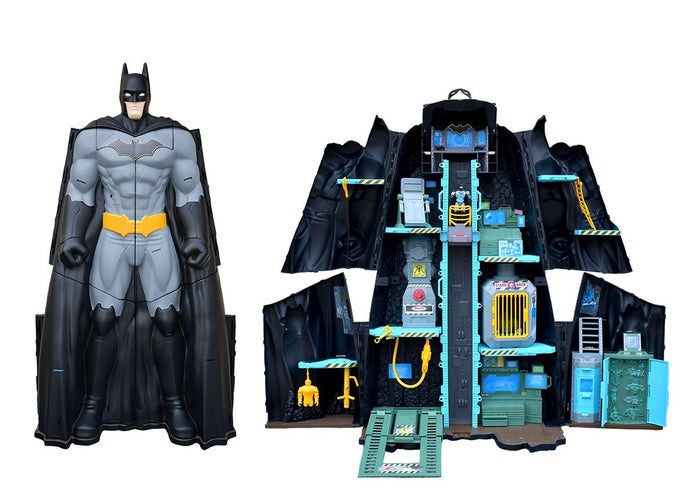 With Toy Fair not occurring this year, the toy companies have taken up releasing information about the upcoming offerings they will have this year. Spin Master is currently releasing a variety of items featuring the Batman Universe including figures and vehicles. Now the second year of their license will bring a new playset and more as revealed by ComicBook.com. Spin Master has announced a massive transforming Batcave playset.

We recently shared information about the Bat-Tech line and Spin Master has plans to incorporate that theme into a lot of different items this year. The new transforming Batcave playset from Spin Master will stand over thirty inches tall and feature ten different areas to play in. This will be compatible with all of the four-inch figures offered by Spin Master and when folded up turns into a giant Batman figure. It will be priced at $99.99 and hit stores this fall.

The other new item that Spin Master has announced is an All-Terrain RC Batmobile. Remote control vehicles are not a new thing for Spin Master as they previously released an RC Batmobile last year, but this new one has been souped up with extra-large tires to be able to go where the previous one couldn’t. The blue accents carry over as part of the Bat-Tech theme and will aos allow you to put a four-inch figure into the cockpit. This will also hit retailers this fall and be priced at $49.99. 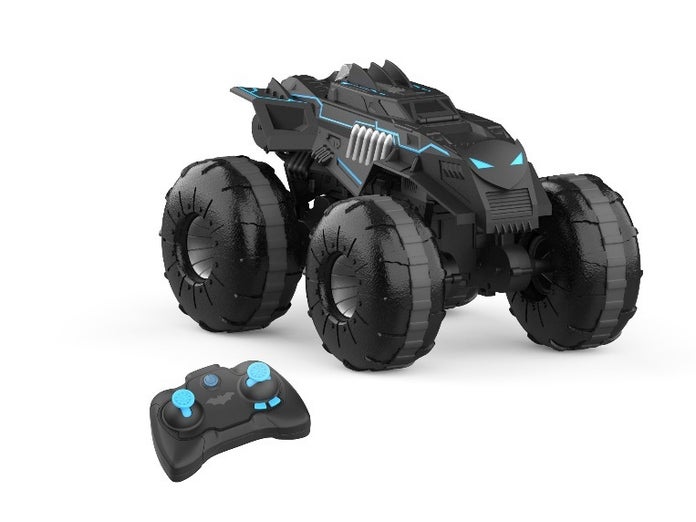 And that’s not all for 2021, as Spin Master still will be releasing various figures in the four-inch action figure line, the twelve-inch figure line, and the small two-inch figurines. Be sure to check out your local retailer to find their current offerings now.