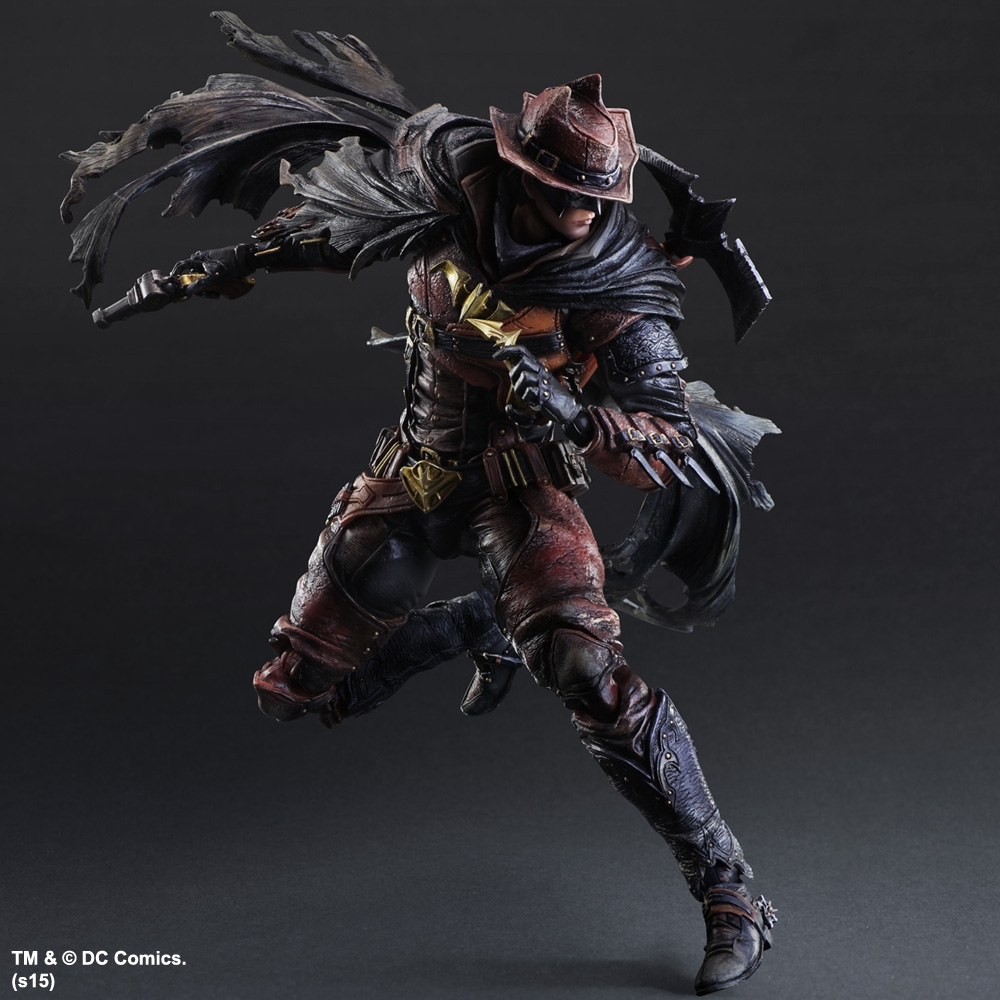 Square Enix has revealed the final version of their upcoming DC Comics Variant Play Arts Kai Batman-Timeless-Wild West figure. The figure was hinted at back at New York Comic Con, but now the full description and photos have been released on their website.

From his cowboy hat to western boots, right down to his chaps, we have added as much of our own unique twist as possible to each piece of detail. Varying paint methods are applied to show the texture of the leather materials, as well as weathering from grit and dirt; the meticulous applications make a near-futuristic BATMAN blend right in to the good old days. Structural design and materials with movement and poseability in mind, a grapnel gun that can be stowed into his holster, and a tomahawk that can be stored on his shoulder or hip- it is as if the world of Sci-fi Western comes to life with this figure.

The figure also comes with a display stand and interchangeable accessories. The figure will release this coming July and will retail for $120.