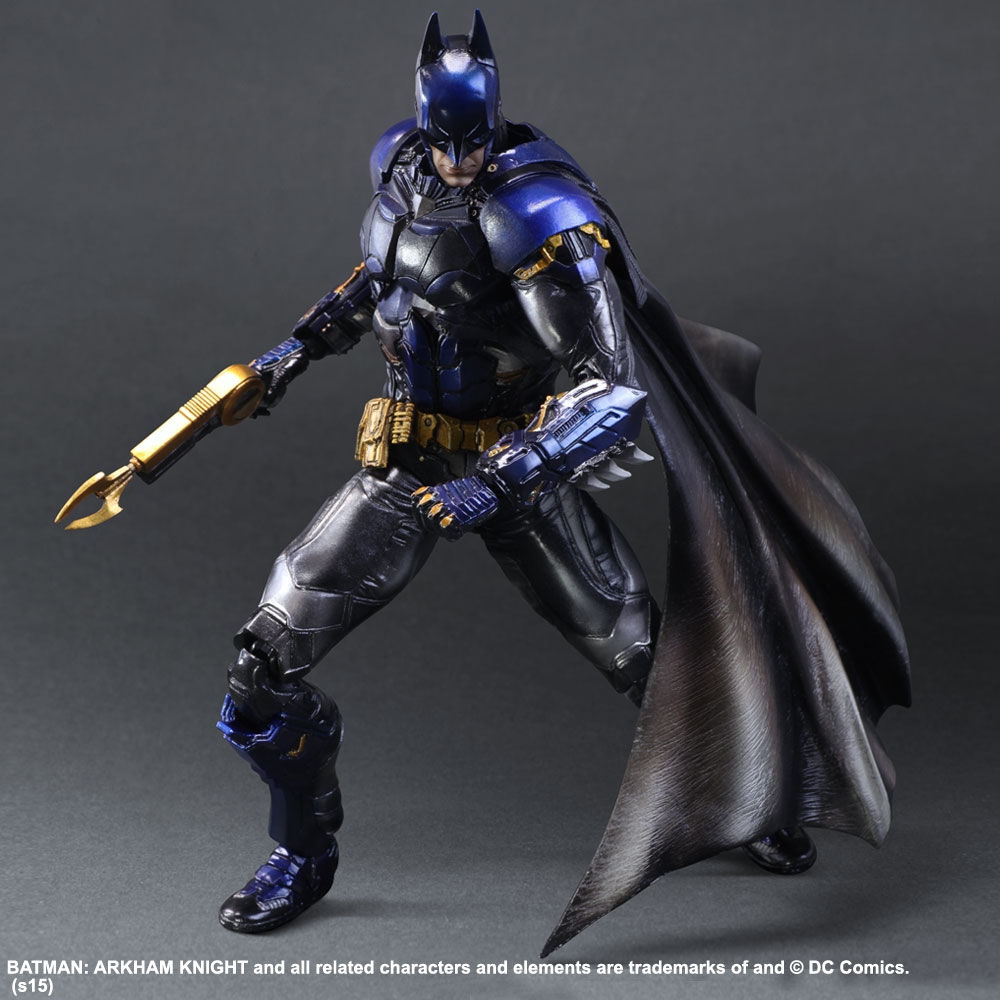 Square Enix already has an impressive line of figures coming based off of Batman: Arkham Knight. We have seen Harley Quinn, Robin and the Arkham Knight recently. Batman was previously announced and now there will be an exclusive limited color version available at Comic Con International.

To match the beautiful and highly detailed game graphics, we placed heavy emphasis on bringing out the fine details and mechanical look when creating the sculpt, resulting in a finish that gives the realistic impression of a human being, BRUCE WAYNE, wearing the suit. Similarly with the paintwork, we adorned the suit with a metallic sheen, as well as scuffs and weathering that show the scars of his battles. In this San Diego Comic-Con 2015 Exclusive limited color version, we have highlighted the fine details with metallic paintwork in bright blue and gold.

A cape that more realistically replicates the movement of cloth, and interchangeable hands with different textures both add to the dynamic expression achieved when posing; add weapon pieces to the mix, and the collector can enjoy BATMAN™ action poses at their best.
Figure includes display stand.

The figure is available for pre-order now for $99.99 by going to the Square Enix Online Store.