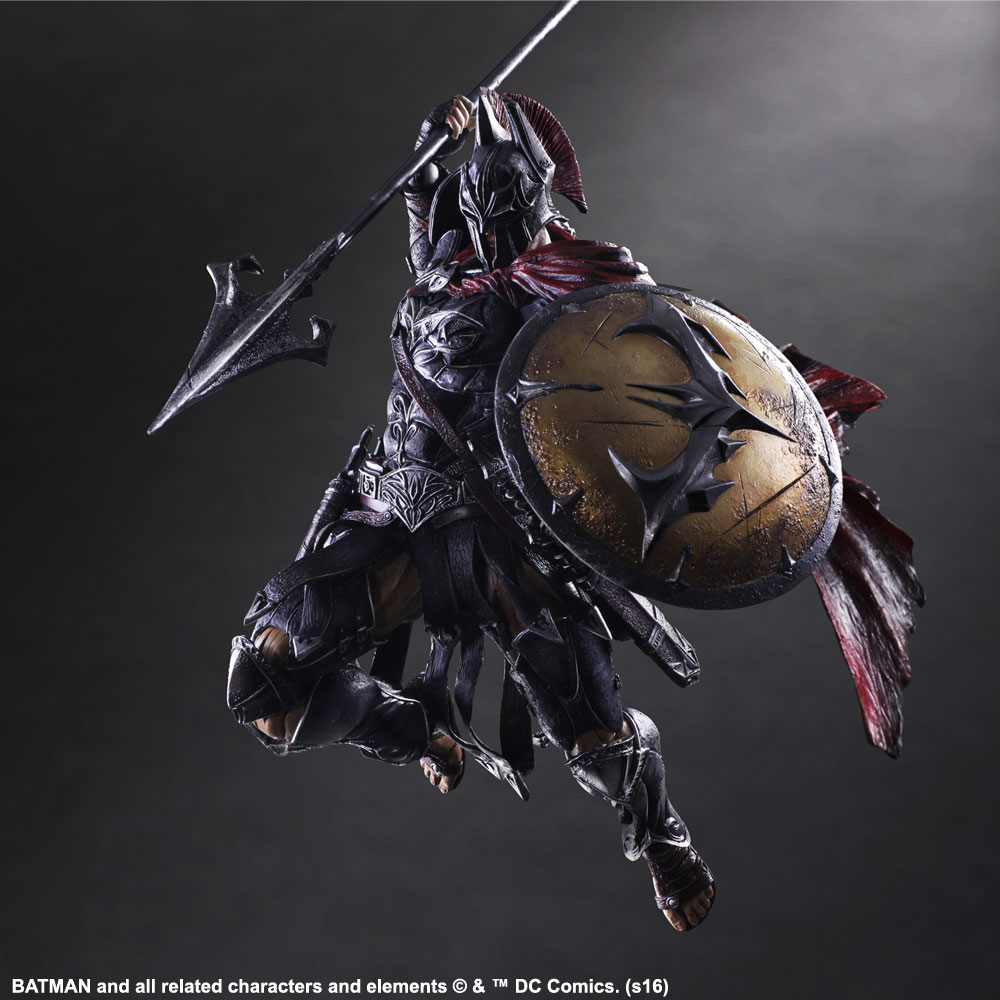 After making the rounds at shows such as the 2015 Tokyo Game Show, details about this DC Variant Batman Timeless Spartan Batman Play Arts Kai figure have been released.  Expecting a March 2016 release and a price point of around $150 when it comes time to pre-order.