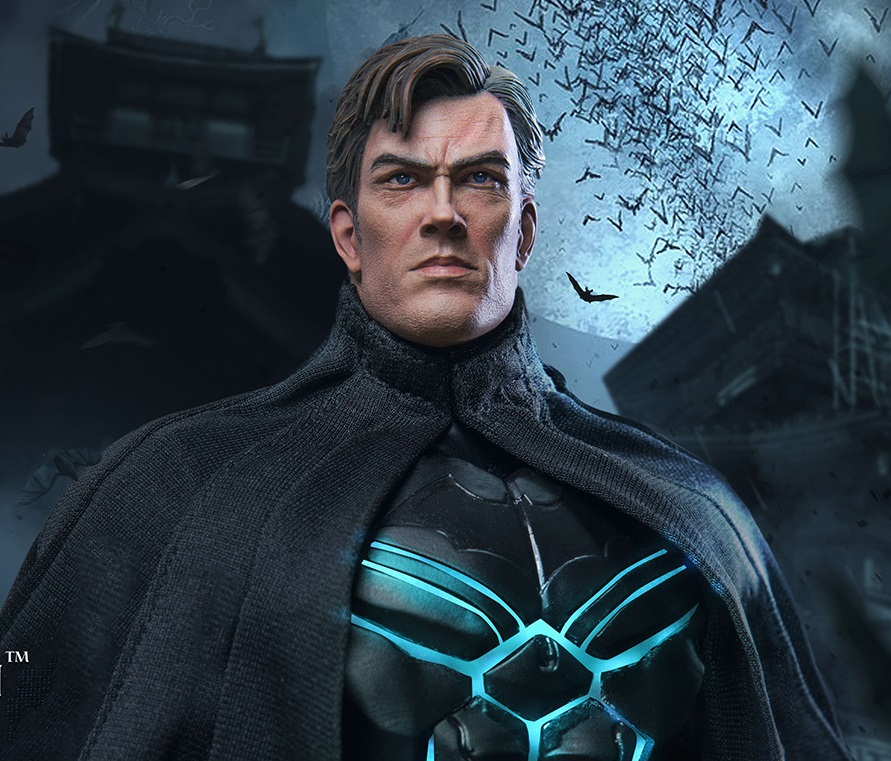 Star Ace Toys has been on a roll lately with a variety of figures based on the Batman Ninja animated film, and now a modern Batman joins the recently announced Catwoman and Harley Quinn. The one-sixth scale figure measure twelve inches tall and features interchangeable hands, weapons, and LED features. There is also a deluxe version that includes additional accessories and an unmasked BRuce Wayne head. The standard collector version is priced starting at $299 and the deluxe version starts at $315. Both versions are expected to ship between November 2021 and January 2022. You can preorder the figure at Sideshow Collectibles or at Entertainment Earth (collector version or deluxe version).

In the animated DC film Batman Ninja, Batman and several of his allies and adversaries are thrust back in time to medieval Japan. Before he is transported in time, Batman has come to rely on his modern technology in his fight against crime.

This new Sixth Scale Figure from Batman Ninja features the Modern Batman before he must abandon technology. This high-tech Batman has light-up eyes, a removable cowl piece to show lights beneath, and the body armor also lights up blue. He also comes with a Batarang and a grappling gun. The Deluxe version also has an alternate Bruce Wayne head, a spear, and the Quake Engine.