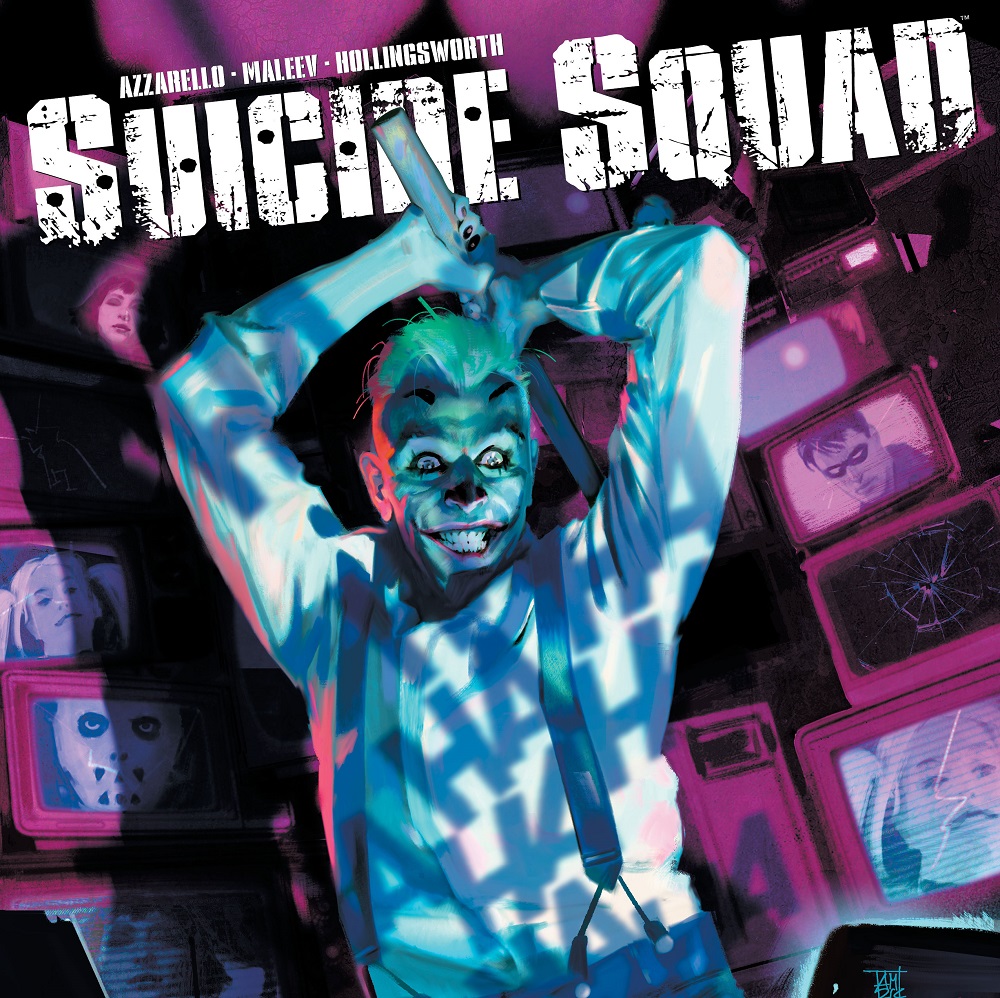 DC Comics has continued to make announcements relating to their latest batch of titles being announced and one of them will be a new miniseries featuring a number of members of the Batman Universe. Suicide Squad: Get Joker! will be a three-issue miniseries that will be released under the DC Black Label.

Each issue will be oversized and released in a prestige plus format. Writer Brian Azzarello will team with artist Alex Maleev for the series that will be releasing right around the time that the upcoming film The Suicide Squad will be released in theaters. The solicitation is slightly vague on what will occur in the series, but it mentions that Red Hood, Harley Quinn, Firefly, and more will be pitted against the Joker.

[The] Suicide Squad series pitting Red Hood, Harley Quinn, Firefly, and more of DC’s most villainous criminals against The Joker. When Task Force X’s Amanda Waller sets her sights on Batman’s greatest foe, she enlists the Dark Knight’s former partner Jason Todd to track down the Clown Prince of Crime and put an end to his mad reign of terror.

Based on the art preview released, Red Hood, Harley Quinn, Firefly, and the Joker are not the only characters from the Batman Universe set to appear. Penguin appears in the sequence where a fight has broken out, while there are a number of other villains appearing behind bars for Amanda Waller to choose from for her new team.

In addition to the art preview, the first cover has been revealed as seen in the gallery above. The issue will feature card stock covers with the first issue featuring a main cover by Alex Maleev and a variant cover by Jorge Fornes. Each issue will be forty-eight pages and cost $6.99. The first issue is set to hit stores on August 3.