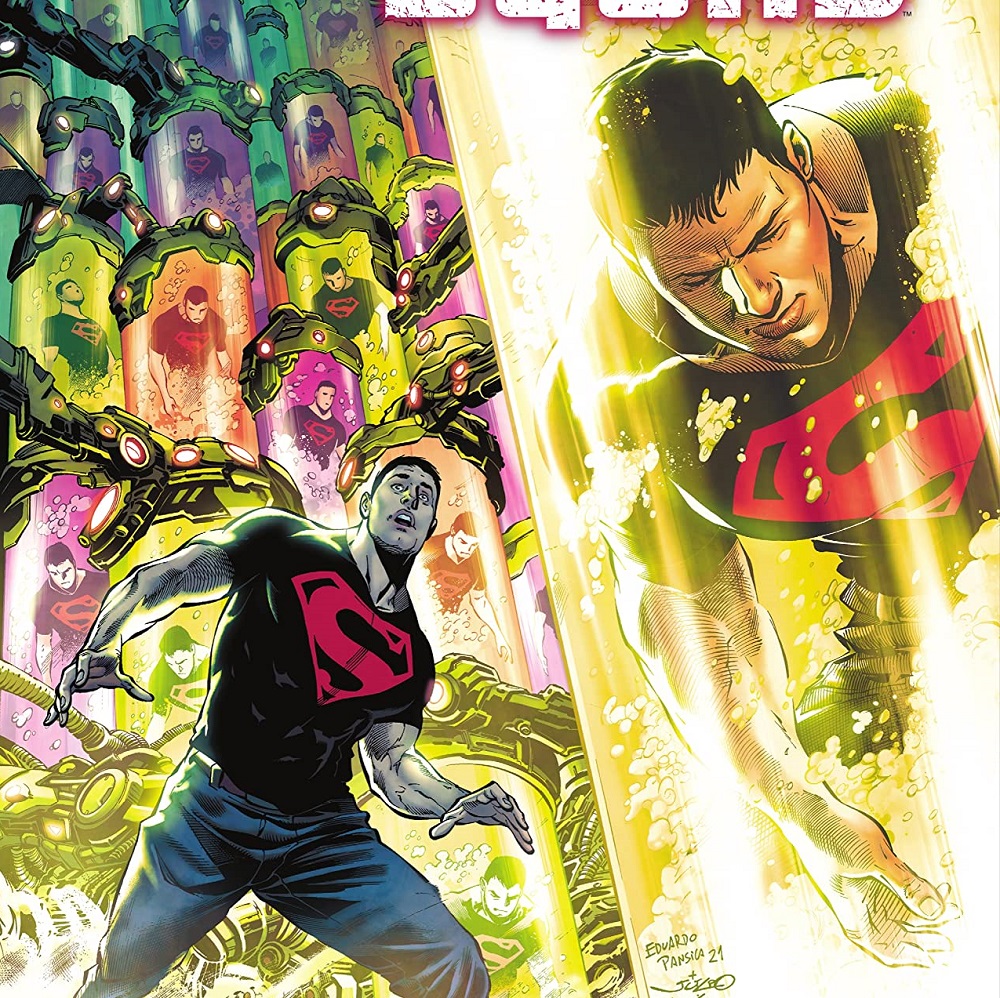 Overview: In Suicide Squad 2021 Annual #1, Rick Flag makes his return, the mystery of Superboy is finally revealed, and Amanda Waller’s hand is forced to take drastic measures in order to protect her interests and those of her Task Force X.

Synopsis (spoilers ahead): We begin our story in Suicide Squad 2021 Annual #1 with a flashback from Colonel Rick Flag’s perspective: how he and Amanda Waller first met and he was assigned as the leader of Task Force X. In this flashback, we see how Flag and Waller butted heads when it came to the ideals of the Suicide Squad and what it meant not only to the missions at large, but also to the team members themselves. We also see her betrayal and Flag’s incarceration, Red X’s visit, and how when someone freed Flag, he took advantage of the situation to escape. Now, it’s his own personal mission to stop her.

At Belle Reve, Amanda Waller and Dr. Rodriguez discuss Waller’s plans to take control of Earth-3. This makes Rodriguez uncomfortable enough to attempt to quit, but Waller threatens the doctor’s life as well as those of her family. As the doctor returns to her work, Waller is informed of a situation with Task Force X. Her Superboy has met another clone of himself, and as the rest of the Squad continues with their mission, the two battle.

During the fight, the intruding Superboy seems to have more of an idea of what’s going on: after hearing of his apparent involvement with the Suicide Squad, he decided to find out for himself. He deduces that Amanda Waller, knowing it was useless to attempt to kidnap the true Superboy, found a suitable alternative that would be pliable to her will: Match, the Bizarro-like clone of Superboy created by the Agenda.

Meanwhile, the rest of the team fights through robots on their way down into the bunker where Amanda Waller specified their Superboy’s ‘cure’ is, picking up on digitized hints of Match’s true existence as they go along. On the way, they lose contact with Belle Reve, and they are becoming overwhelmed. As a desperate measure, Culebra frees Black Siren’s mouth just long enough to destroy the robots.

As Waller evacuates Belle Reve, effectively stranding each faction of her team, the Suicide Squad reunites with both Superboy clones and enters into the cloning labs of the Agenda, where they discover several other clones being prepared. Before the real Superboy and Match have a chance to process this information, the Task Force X members are abruptly teleported by Waller to Task Force X Island, Amanda Waller’s new base of operations.

The Suicide Squad ponders their situation and decides that in order to get out of their predicament with Waller, they need to make Match believe he’s a good guy again.

Rick Flag travels the desert, considering his own next move. He needs a team of his own in order to take down Waller, and he finds it here, at Black Site Prison X, where the Mirror Master is being held. He offers Mirror Master a more humane recruitment opportunity and reveals he has a spy inside Waller’s own Task Force: Talon!

Analysis: The return of Rick Flag couldn’t happen at a more opportune time: not only is trust in Amanda Waller’s operation at an all-time low, but her unfettered need for control is at an all-time high. As Dr. Rodriguez points out, Waller’s ambitions and secrets have potentially cost her a great amount of leverage over those who work under her, which she ultimately sees as resource tools, but also recognizes that she absolutely needs them in order to carry out her missions. Colonel Flag’s ethics, on the other hand, seem to come from a more empathetic method of usefulness, and it’ll be interesting to see how the grooming of the separate Task Forces will play out when they are ready to meet. We also finally get to see the truth behind the Talon’s deception, which we hadn’t seen since his encounter with Red X a few issues ago, which revealed that he had been playing ‘dumb’ the entire time. This suggests, though, that Rick Flag had conceived of this very idea long before Waller imprisoned him. He’s had this coup brewing for quite a long time, and I doubt Talon was his only move before approaching Mirror Master.

The true tragedy of the story is of Match, the Suicide Squad’s Superboy, now revealed to be not just a clone of his hero Superman, but a far lesser clone of the actual Superboy. He had been fighting through the entire arc with the heart, hope, and ideology of Conner Kent, and WAS Conner even throughout his gradual descent into what we eventually find out is his true nature. This plays out very much the same as with the theme of Flowers for Algernon, and Match’s realization and revelation of his ultimate betrayal is truly heartbreaking. It had been bad enough that he had been under Waller’s thumb through a Kryptonite implant, but it must be exponentially more painful to realize that that wasn’t even the worst of his lot, which his rapid descent into the Bizzaro personality reveals. Every reason and feeling and relationship he’s had has essentially been a lie, and he is now at his lowest. Nocturna and the rest of the team are going to have a nearly impossible task in trying to resurrect their old partner.

Amanda Waller may have escaped with her team in Suicide Squad 2021 Annual #1, but she is far from unscathed. She is, essentially, a high-profile fugitive, and while her island may be well-hidden, the situations that she now finds herself in are going to require all of her will, ingenuity, and resources. It’s only a matter of time before her maximum-security tower begins to crumble between her fingers. Dr. Rodriguez may very well be the cornerstone she finds herself relying on, and now that the doctor knows it, she’s also the most effective knife at her own throat.

This annual ends the first arc, which until now has been pretty mediocre, on a strong note. The revelations in the issue are intriguing, and Amanda Waller’s broadening of her base of operations, which shows more of the true breadth of her massive resources, serves to make the rise of Rick Flag that much more important and exciting. The revelation that the Squad’s Superboy was really Match may be just the ingredient the team requires to cultivate a much-needed emotional tie that binds our core characters together and gives them true characterization that cuts below the surface.