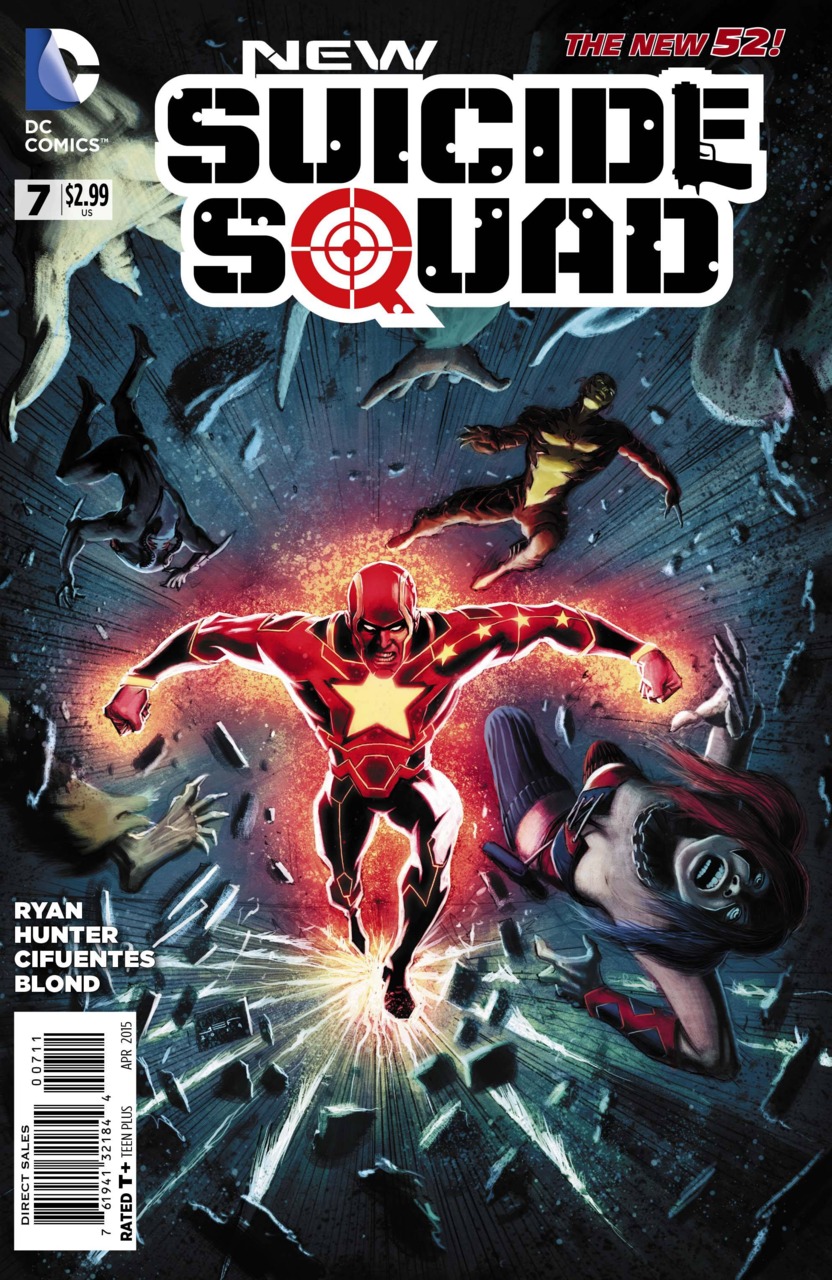 You would think that with all of the buzz currently surrounding the film adaptation of the Suicide Squad movie DC would ensure the current comic series is top-notch. However, in making that assumption you would be grossly disappointed. It is becoming increasingly difficult to like this series when the writing is sub-par and the art looks like it belongs in a coloring book. There was one panel in which Harley Quinn was drawn in a manner that made her appear as a garden gnome that had been painted as a jester. If this series doesn’t make some improvements in the very near future I fear that it will find itself planted firmly on DC’s chopping block.

The issue opens with Deadshot regaining his muscular functions in Belle Reve. However, this was the extent of the characters presence in the issue. These panels felt empty and added nothing to current storyline. The remainder of the issue follows suit and is never able to find a leg to stand on. Every character feels underdeveloped, leaving the reader wanting more at the end of every page. This fact coupled with horrible art makes this issue one that is easily forgettable.

After the brief introduction of Deadshot, we see the active members of the Suicide Squad seeking refuge from a clearly distraught meta-human. Finding sanctuary in a ghost town, things quickly move from bad to worse for our antiheroes. Within minutes of arriving in the ghost town, the pursuing meta-human crashes the party and leaves the team scurrying like cockroaches. The dialogue between Manta and Boomerang in these panels feels dreadfully unnatural.

However, Sean Ryan did redeem himself momentarily when he explores the role that Aquaman plays in Mata’s life. Similar to Batman and the Joker, we learn that Manta has come to understand that he cannot truly exist without the presence of an adversary. This revelation adds a depth to Manta’s character and positions him as the best leader the Suicide Squad could hope for in their current situation. This brief moment of competent writing quickly fades into mediocrity.

The issue ends with the revelation that forces outside of his power are controlling the meta-human that has been hunting the Suicide Squad. This proves to have dire consequences, leaving the fate of numerous squad members uncertain. Although these characters appear to be facing impending doom, due to poor writing and underdevelopment, I found myself genuinely unconcerned with what the future holds for them.

The New Suicide Squad has the potential to be great. As of now, the team currently assigned to the book has lacked the ability to craft a story worth serious consideration. I really hope that this series takes a turn for the better in the very near future. Until that day arrives, I wouldn’t recommend this book to even the most passive comic book fan.