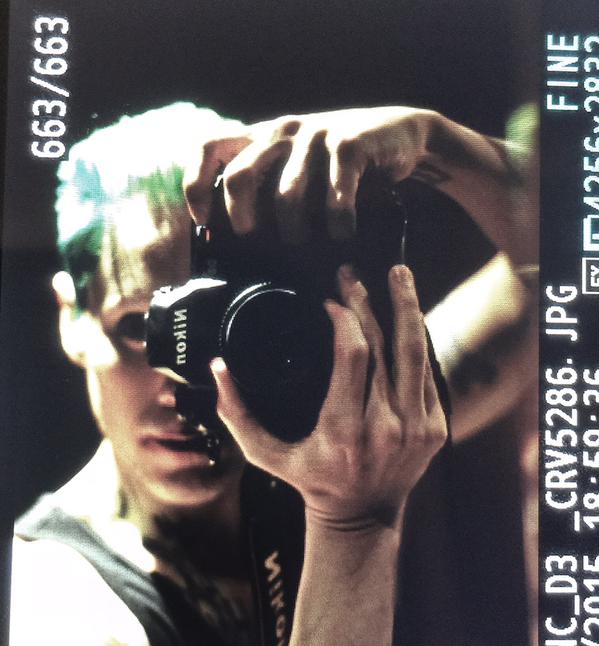 As an update to the story yesterday, Jared Leto could have been the one taking the picture of the cast of Suicide Squad. After the cast photo was shared by Ayer, a lot of people were asking where Jared Leto was as he was the one actor announced that was absent from the photo.

Ayer tweeted out a pic today showing Leto holding he camera, appearing as an homage to Joker on the cover of The Killing Joke. His hair does appear green, but that could be anything at this point.

So what do you think of Leto’s homage to the Joker?