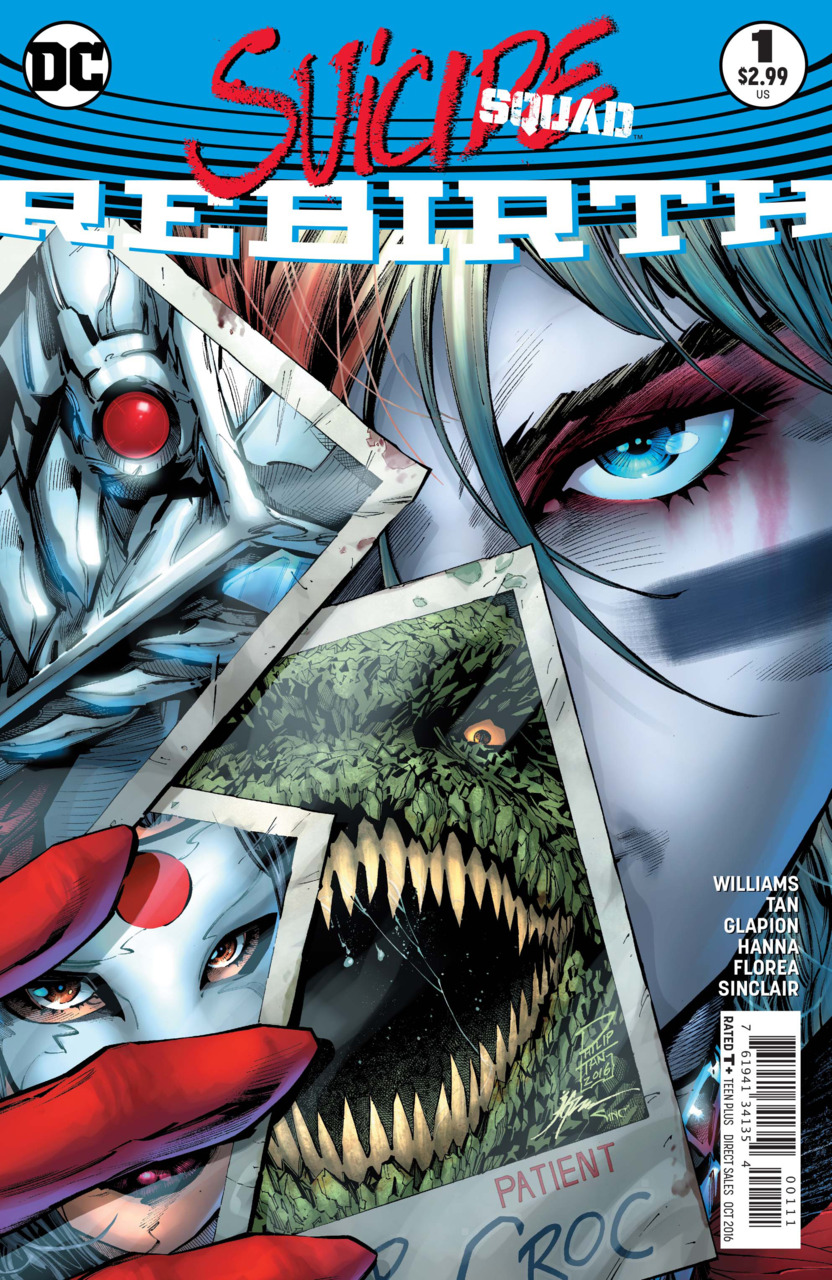 Synopsis: President Obama is scolding Amanda Waller (she’s a heavy set lady again) for even having a black ops team of supervillains without his knowledge. He wants the team disbanded immediately. He can’t have it getting out that the US is using supervillains to solve our problems, especially if they are killing innocent people in the process. Waller tells him that the team is necessary. That there are things that the US needs done that neither the Justice League, nor the President can even know about. He informs her that there needs to be someone who can be held accountable to reign in this band of misfits. She agrees, and tells him about a man named Rick Flag, who comes from a family of soldiers, and would be the perfect man to lead this team. The President agrees, and allows Task Force X to continue.

Waller heads to Guantanamo Bay to get Colonel Rick Flag out of a prison cell there. He was placed there for disobeying orders to protect his men. However, he was the only survivor. Neither the President nor the Pentagon know that Flag is serving a sentence. Waller invites him to the team, and opens his cell.

In Mongolia, a criminal organization has forced a scientist to create a meta-human bomb. It can work one of two ways; 1) it can give everyone in it’s blast radius superpowers for 36 hours, or 2) take away the powers of anyone within it’s blast radius for 36 hours. The Suicide Squad have found this scientist, and are trying to protect him. He is holding a case with the bomb inside. The meta-humans overpower the team, and capture the scientist. Captain Boomerang cuts off the scientist’s hands, and the case drops to them. In order to prevent the meta-humans from getting the information from the scientist, Deadshot shoots him in the head, and Harley Quinn activates the bomb, depowering everyone in the area. Colonel Rick Flag is air dropped into the area, and they start wiping out the threat.

Script: Rob Williams establishes a tone in this issue that fits well with what you would think of this book. It’s a gritty tale, of a bunch of loony, low level villains who are forced to do good against their will. Williams also introduces a character that hasn’t been seen since before the New 52, and it was nice getting that addition to the team. While all these things establish what this book is going to be, that doesn’t mean that this issue was a mind-blowing-go-buy-it-now kind of thing. It was an average read, but it did give me hope for what is to come. For the past five years, DC has been pushing the Suicide Squad pretty hard, but it hasn’t been very good. This gives you the sense that things are about to change, but it’s too early to tell how much better it will be.

Pencils: Phillip Tan does a decent job this issue. His action sequences are engaging and well balanced, but it’s the slower, more intimate moments where I felt his art was lacking. The moments where just two characters are talking, it just feels like two mannequins just standing there… It lacks a flow to it. Tan does well capturing the energy in their body language, but the facial expressions could use some more work.

Inks, Colors and Letters: Jonathan Glapion, Scott Hanna, and Sandu Florea all ink at some point during this issue… I’m not sure where they change hands, but it felt like it was all over the place. Again, the more quiet moments are where this really rares it’s head. It feels way too sketchy, and sloppy. Now all three of these inkers are very good at their job, so I’m not going to bash them. That’s just too many “cooks in the kitchen”… something is bound to go wrong there. Alex Sinclair’s colors are great. The whole tone and palate changes when the scenes do, giving it a natural feel. There were no glaring mismatches, no inconsistencies. Travis Lanham. I’ve never heard of this guy before, but he did a solid job. The lettering never disrupts the flow, and captures the emotion behind the dialogue pretty well.

Closing Thoughts: This was a decent read. The only thing I’ve read with Rick Flag was Darwyn Cooke’s Justice League: New Frontier, so this was a bit different for me. However, I like Flag. He adds a morality to the team that it lacked before. I’ve always loved that type of dynamic in stories, and now we are getting that here. Which is why I’m so hopeful for this series.

Recommendation:  It’s a solid book… But if you want to skip it, and go straight to issue one, I would understand.