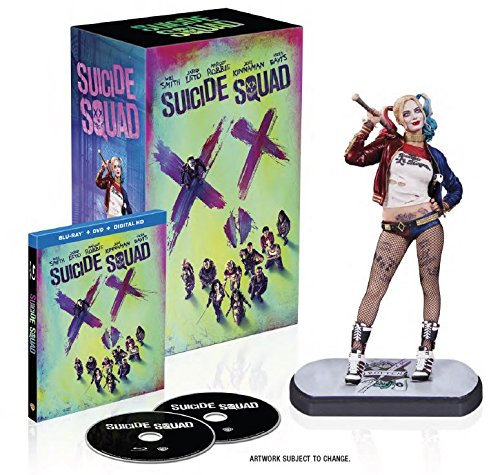 Just days after the polarizing release of DC’s third film in their cinematic universe, Warner Brother’s have announced two exclusive  edition blu-ray’s for Suicide Squad. Amazon has listings that include the double disc release as well as providing a choice between a Harley Quinn figurine and that of Will Smith’s Deadshot.

The editions come in at a pricey $129.99, but for the diehard fans out there, it will no doubt be worth it. You can pre-order Harley Quinn here and Deadshot here.

Have you seen Suicide Squad yet? Be sure to check out our review here. Will you be picking up the either of the editions that include the statues? Let us know in the comments below.