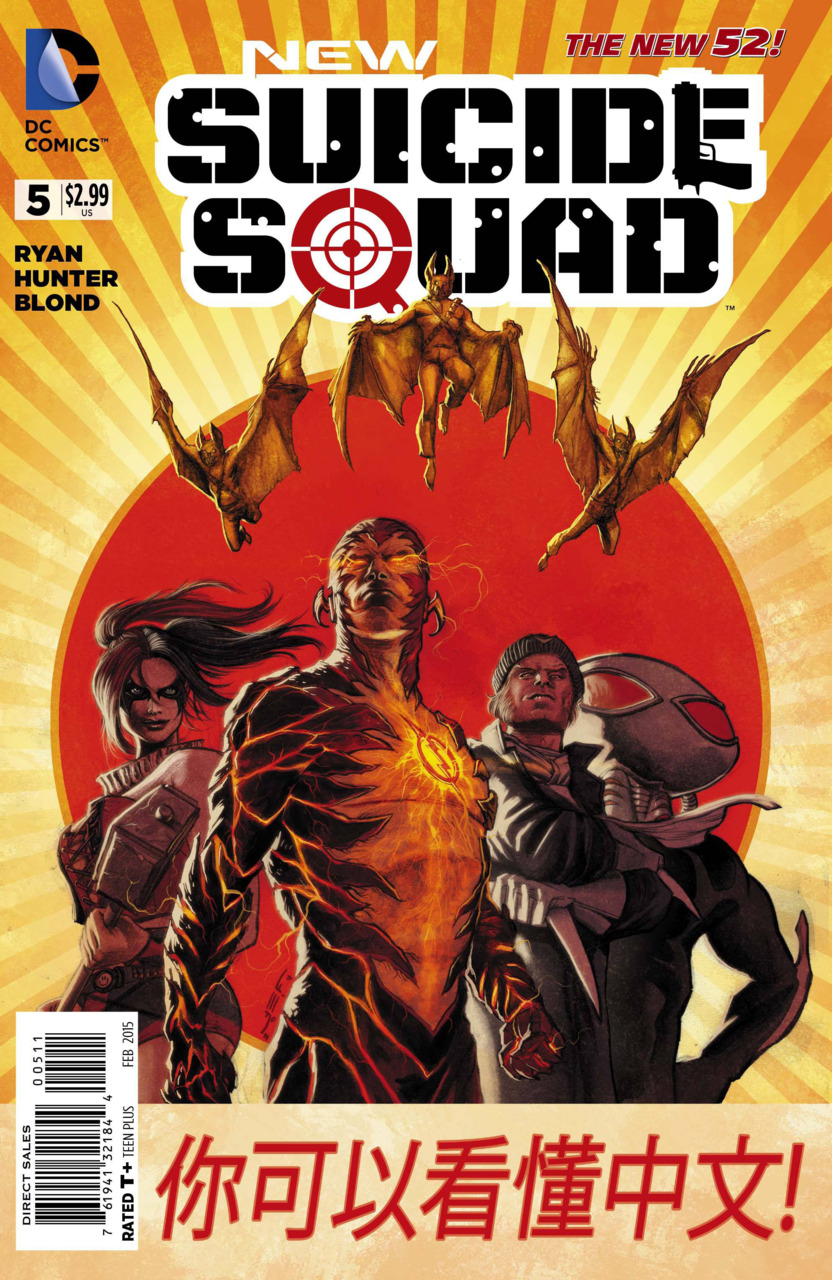 With the announcement of the cast for the upcoming movie of the same title, I am confident that we will see a renewed focus on the Suicide Squad as an essential part of the DCU. The premise of the movie is the idea that even though a person may be perceived as bad, their actions can result in good happening in the world. I anticipate seeing this theme becoming more prevalent in the comics as we get closer to the release of the movie. That being said, this week’s issue proved to be another solid entry into the Suicide Squad mythos.

I thoroughly enjoyed the opening panels of the book as they gave the reader an intimate look at the life of Amanda Waller. Showing Waller in her barren home gives the reader the feeling that her life is empty without the sanctuary of her work. Character vulnerability is nothing new, however, Sean Ryan does an amazing job of using the environment to give humanity to a character that appears invincible a majority of the time.

In the absence of Deathstroke and Deadshot, the Suicide Squad, lead by Black Manta, is making their way into China. Harley Quinn, Captain Boomerang, Reverse Flash, and a trio of Manbat ninjas make up the remainder of the team. Unlike her representation in her own series, the Harley we see in the Suicide Squad is ripe with insanity, lacking any signs of humanity. This specific characteristic adds a great deal of uncertainty to the Suicide Squad. Although he senses this potential pitfall, Manta believes that the squad can be rallied into a cohesive unit.

The action sequences in the book are beautifully rendered with heavy contrast used to draw attention to the intensity of the combat. A splash page featuring the Manbats is a testament to the artistic talent of Rob Hunter. This approach serves the series well by placing the Suicide Squad in what could be considered their natural habitat. It is refreshing to see the Suicide Squad fighting an external force as opposed to being pitted against each other.

The book closes with the team discovering that a plant in China has been artificially creating super heroes. In true comic book fashion we are left not knowing what fate awaits our heroes as they stare into the eyes of an army of unknown enemies.

Sean Ryan has a large task on his hands, penning the Suicide Squad as we approach their entry into the DC movieverse. With a movie on the horizon, the comic books will surely see a spike in popularity. Will this have an impact on the direction of the series? Only time will tell. However, for the time being the series seems to be moving in the right direction.