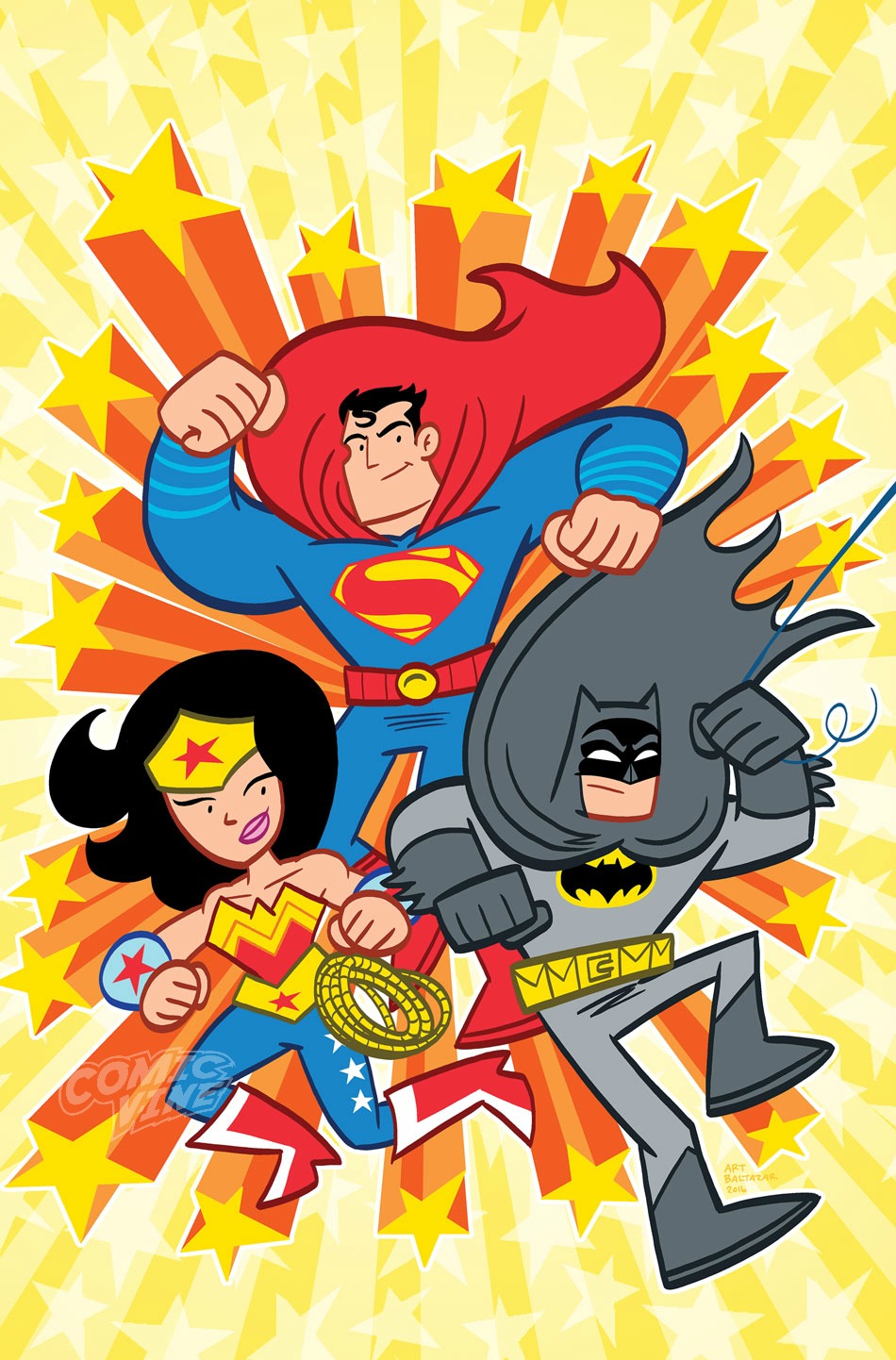 Comic Vine has revealed that a new all-ages series is coming to DC Comics this November. From the creators of Tiny Titans, comes Super Powers. The official solicitation is expected to released next week, but thanks to Comic Vine, we already know what he series is about.

Aw yeah, the World’s Greatest Heroes are back in a new, all-ages miniseries—except for Batman! Superman helps out by cleaning up in Gotham City, where he discovers a clue that sends Wonder Woman into space to find the Caped Crusader. Her journey brings her a step closer to Batman, but can she uncover the truth behind his disappearance? From the award-winning creative team that brought you TINY TITANS and SUPERMAN FAMILY ADVENTURES!

You can expect this series to debut with its first issue this November and run for six issues. Are you looking forward to another all-ages series? Sound off below!