Super Sons Face Off Against the Teen Titans this December 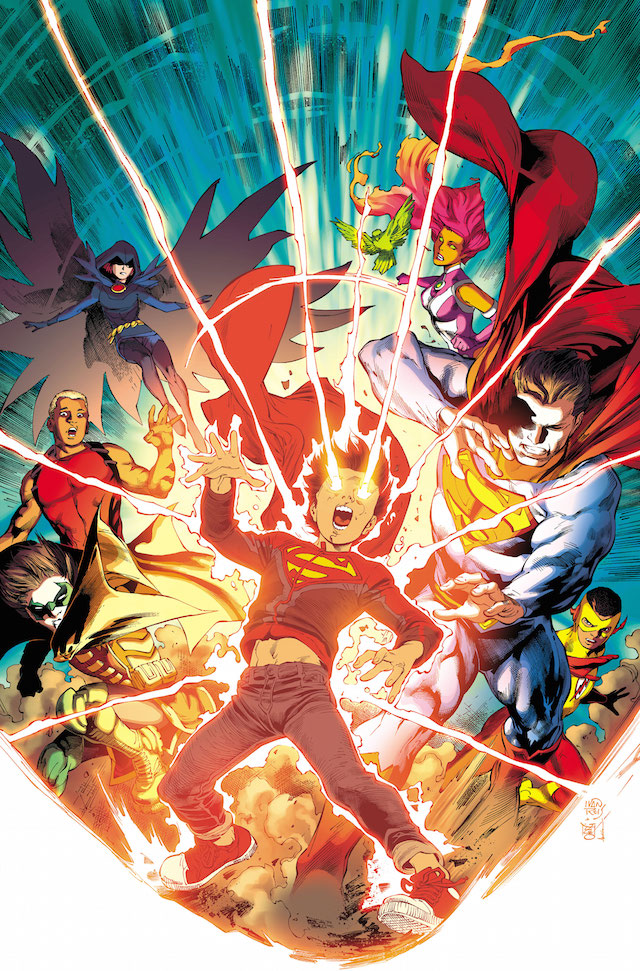 This winter is about to become a teenage wasteland when a four-part crossover event see the Teen Titans and Super Sons battle it out over Superboy’s future. According to Comicbook.com, a Batman of Tomorrow will travel back in time to kill Superboy, believing Jonathan Kent to be responsible for a catastrophic death toll in the future timeline. Expect Robin to side with his best bud, while his Teen Titans teammates are a bit more willing to protect millions by stopping Superboy before the prophecy is fulfilled.

Bets on how long before the Titans switch to the side of protecting Superboy? Post them below!