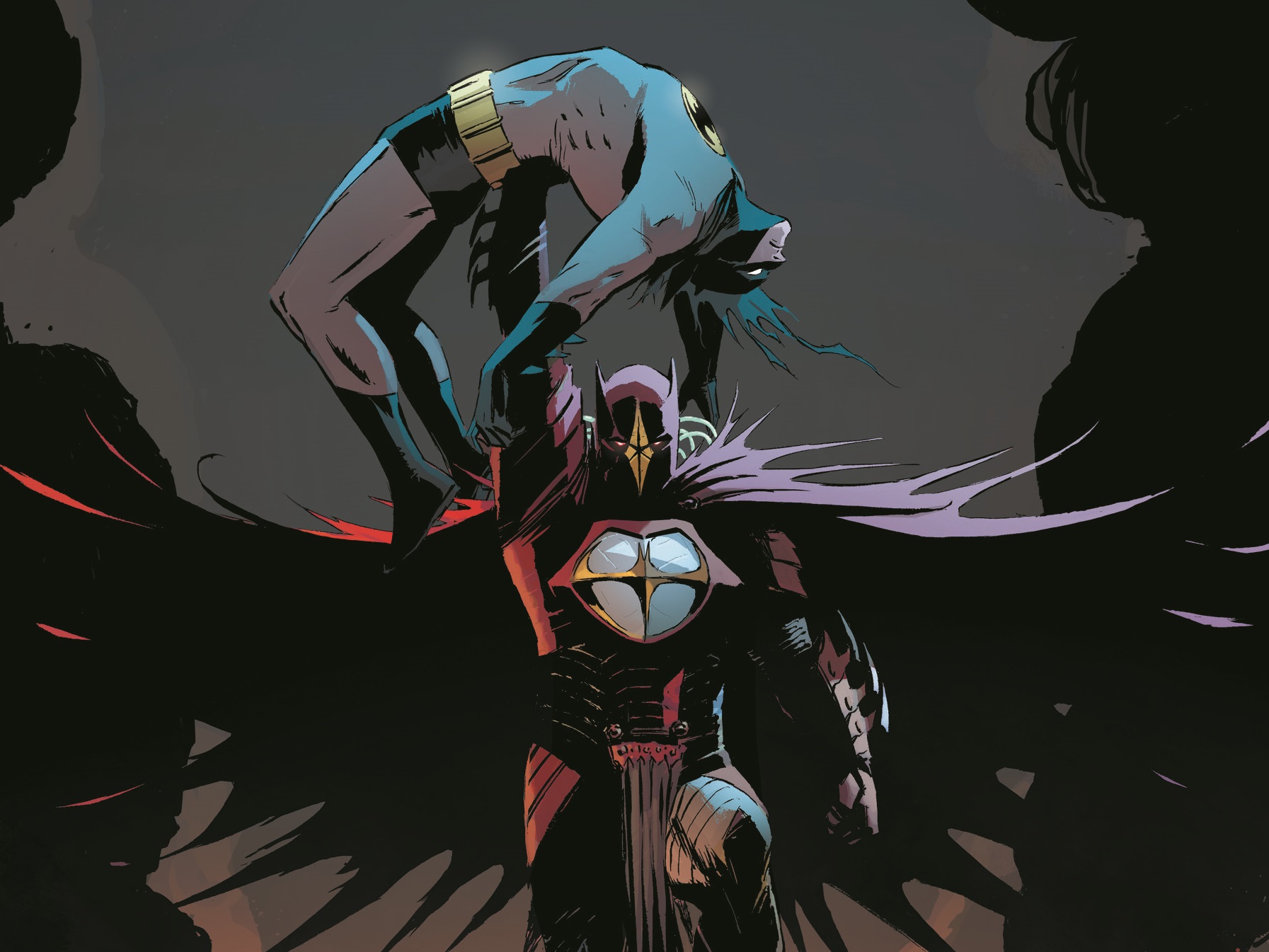 DC has kicked off the week of Comic Con with an announcement of a new line of one-shots that will take original DC events and twist them in a dark way. Falling out of Dark Nights: Metal this new line focuses on the dark multiverse versions of the famous DC characters and the events that have shaped them. However, because this is the dark multiverse, things are not how we originally knew them as.

The first two one-shots coming in October will feature the Death of Superman and more importantly for Bat-Fans, Knightfall. Future titles are also already planned to feature Infinite Crisis, Blackest Night and the Judas Contract. There will also be one-dollar reprints of the original comics that were part of the event available at the same time as the new tales.

This one-shot takes place in a Gotham City 30 years after a broken Bruce Wayne failed to take back the mantle of the Bat. In his place arose Jean-Paul Valley, also known as Saint Batman. Under his iron rule, Saint Batman has turned Gotham into the city of his dreams – killing has become commonplace and criminals live in constant fear—all in the name of justice. But just when all seems lost, a new hope for Gotham rises: The Son of Bane.

Tales from the Dark Multiverse: Batman: Knightfall will feature a story by Scott Snyder and Kyle Higgins with art by Javier Fernandez. Each of these unique offerings from DC will be forty-eight pages long and come in a prestige format for $5.99. The first issue will be the Knightfall issue and release on October 16. The reprint issue featured for the release will be Batman #497. Stay tuned for more details about the other events featured as part of Tales from the Dark Multiverse in the coming months.