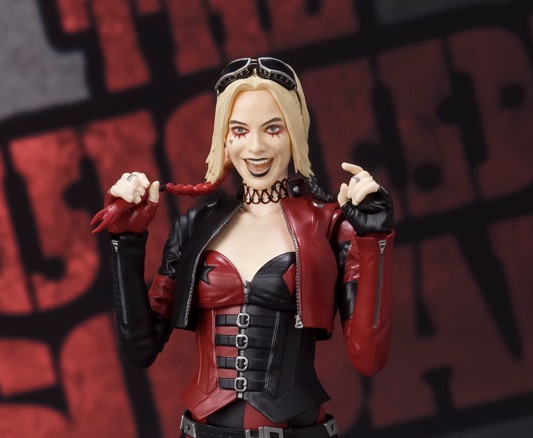 Tamashii Nations has released details for their latest SH Figuarts collectible figure, which features Harley Quinn from the upcoming film, The Suicide Squad. The figure measures about six inches tall and features four interchangeable left hands and three right-hand parts. It is priced at $70 and is expected to ship in January 2022. You can preorder the figure at Entertainment Earth, Sideshow Collectibles, or Amazon.

From the DC movie, The Suicide Squad comes Harley Quinn in a costume featuring a red and black color scheme, similar to the image she had when she first appeared in the comics! Her unique facial expressions with digital print. The design of the jacket is also reproduced in print. The poster visual can be reproduced with an optional head and hair using soft parts. The Suicide Squad 2021 Harley Quinn S.H.Figuarts Action Figure includes optional head part, 4x left and 3x right-hand parts. Measures about 5 9/10-inches tall.