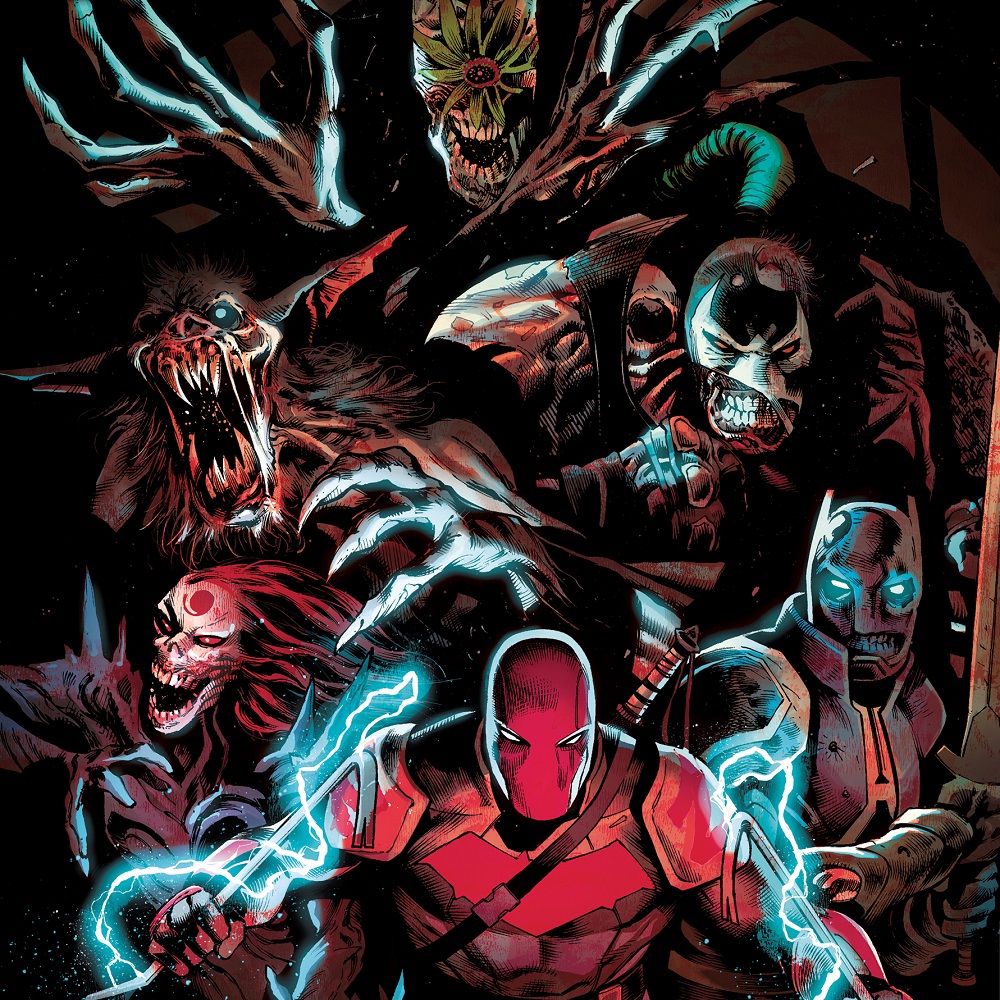 October brings Halloween and that means some creepy content coming from DC Comics. Today they announced a new title set in the Batman Universe called Task Force Z. This new ongoing title will feature a group of villains that were killed during A-Day in Gotham led by Red Hood. The series will be written by Matthew Rosenberg with artwork by Eddy Barrows.

On A-Day, hundreds of Gotham City’s most dangerous and deranged criminals were left dead after an attack on Arkham Asylum and now, they’re getting a second chance at life. A mysterious benefactor is bringing together a new Task Force and has recruited the only person who could lead them, someone who knows what it’s like to come back from a brutal death: Red Hood. Now Jason Todd has to unravel the mystery surrounding this team of the recently deceased while leading a line-up of some of Gotham City’s worst criminals who’ve ever lived: Bane. Man-Bat. The Arkham Knight. Sundowner. Mr. Bloom.

With the dead villains of Gotham returning in this new team title, who could the mysterious benefactor backing the team be? Will this new title featuring Red Hood be another team title that strays too far away from Gotham, or will the characters from the Batman Universe keep things focused in Gotham?