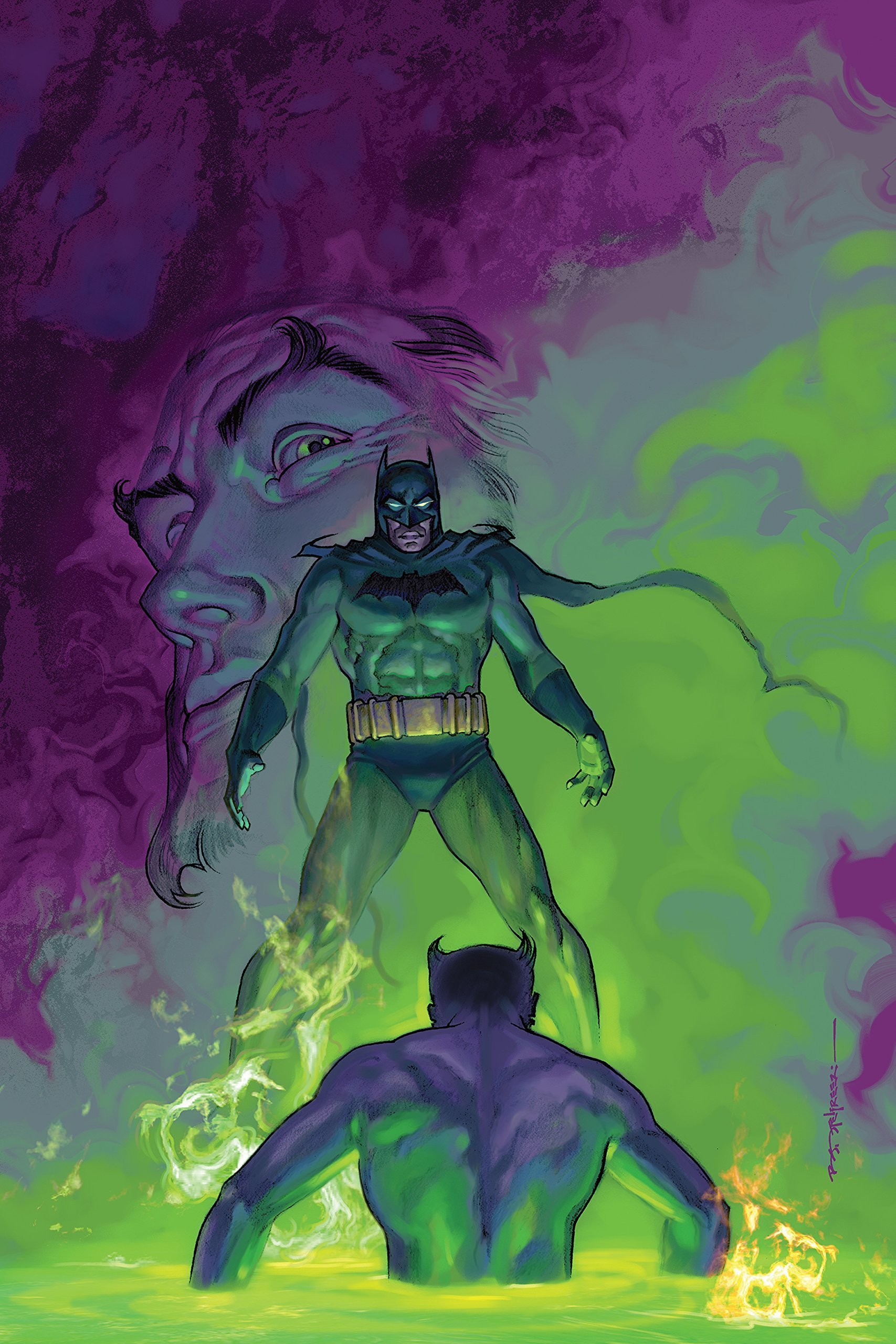 Editor’s Note: This time around we are reviewing Batman Arkham: Ra’s al Ghul which collects a variety of famous stories featuring Ra’s al Ghul. A trade paperback format is releasing tomorrow of this collection in comic stores. While not a review of the new edition itself, this is a review of the stories that make up the collection. Since the stories are not connected, the summaries of the issues are provided individually. You can pre-order your copy of the new release by heading over to Amazon.

Synopsis (spoilers ahead): Batman #232-Daughter of the Demon: Criminal mastermind Ra’s al Ghul creates an elaborate ruse involving his daughter Talia, and Dick Grayson. All to see if Batman would be a worthy successor to Ra’s, as well as a worthy son-in-law, as Talia is in love with Batman.

Batman #243-The Lazarus Pit: Batman disguised as Matches Malone, Ling, and Dr. Blaine travel to the Swiss Alps in pursuit of Ra’s.  They battle guards and Ra’s bodyguard Ubu, to Ra’s mountain top retreat with help from Molly Post, a championship skier.  Talia leads them to a table where Ra’s lies dead. As they leave, Talia hits a switch that lowers the table with Ra’s on it into a pit.  Several moments later the table rises and Ra’s is ALIVE!

Batman #244-The Demon Lives Again: As Batman, Talia, Ling, Dr. Blaine and Molly leave Ra’s’ lair, Ra’s emerges alive. Talia says that after going in the Lazarus Pit Ra’s is filled with madness and the strength of ten men. Ra’s quickly defeats Batman and Talia and Ra’s escapes in a hovercraft. Batman pursues Talia and Ra’s to a desert by using clues left behind.

Talia weeps as Ra’s challenges Batman to a duel to the death. Batman is stung by a scorpion after fighting for hours as Ra’s declares victory. Talia gives Batman an antidote while giving him a final kiss. After Batman shocks Ra’s by still being alive, he knocks Ra’s out and leaves to take him to the authorities but not before giving Talia a final kiss.

DC Specials Series #15-I Now Pronounce You Batman and Wife: While at sea, a drugged Batman is married to Talia by Ra’s. Ra’s realizes Batman is his equal as a foe. Talia prevents Batman from being shot as she leaves on a submarine with Ra’s.

The Brave & the Bold #159-The Crystal Armageddon: Batman and Ra’s travel the world and team up to stop Professor Hatter before he destroys the world with a crystallization formula. But not before Batman battles the League of Assassins, and an enraged Ra’s.

Detective Comics #750-Dependence: Batman tracks down members of the League of Assassins and then heads to Europe in pursuit of Ra’s, and “Whisper” who was selling an elixir in Gotham to help bankroll Ra’s empire.  Talia, who is in Switzerland, leaves Batman a clue on where to find Ra’s, as Ra’s has had Talia brought to him. Batman helps Whisper by giving her an antidote to the elixir that she’s hooked on.  She tells him where in Paris Ra’s is, but ultimately betrays Batman as he finds Ra’s and his men waiting for him. Later Talia frees Batman but says Ra’s will never forgive her. Batman destroys the compound where the elixir was being made as Ra’s flees.

Batman Annual #26-Resurrection Shuffle: Ra’s is dead.  Batman searches the Outback for clues of two missing ecologists that work for Wayne Enterprises.  He battles League of Assassins members before ending up at what may be a portal of sorts to the Lazarus Pit.

Nightwing #152-Eminence Front: Batman is dead.  Nightwing is attacked by League of Assassins while in the Batcave.  Nightwing travels to meet Ra’s in the desert, and Ra’s justifies his use of the Lazarus Pit.  Ra’s and Nightwing battle each other, but are also both battling their own selves and their grief of losing Batman.

Batman and Robin #23.3-Ra’s al Ghul and the League of Assassins: A trip thru time as Ra’s is confronted by a member of the Secret Society of Supervillains,  showing Ra’s life throughout the last seven hundred years, and the way he has shaped world events including the beginning of the League of Assassins, the Lazarus Pit, a baby Damian and more.

Who’s Who in the DC Universe #13: A short biography of Ra’s al Ghul is featured.

Analysis: This is collection spans the years 1971-2013, so there is quite a variance in art, coloring, and overall style.  It is literally a who’s who as far as the creative teams go. From Denny O’Neil and Neal Adams to Greg Rucka and James Tynion IV.

I love the O’Neil/Adams issues.  Quick reads, great stories, and fabulous art.  Neal Adams may be the most iconic of all Batman artists.  The Greg Rucka issue with Shawn Martinbrough is my least favorite art wise.  A drab, greenish hue throughout. Not my thing, but art is subjective.

The stories depict Ra’s like a larger than life villain.  He’s not some street thug stealing money in a back alley in Gotham.  He is Batman’s equal in every way. Strong, rich, resourceful, and determined.  Ra’s recognizes Batman as his greatest foe. He often refers to him as “The Detective”, which I believe is a sign of his respect towards Batman. The stories globetrot all over the world reminiscent of James Bond villains.  Hideouts, bases, and mountain top retreats all over the world. An egomaniac bent on destroying the world, only to remake it in his own fashion.

These are classic, good vs evil type stories.  Ra’s may be Batman’s greatest villain. However, these are also love stories. The thing I found most interesting was the recurrence of Batman and Talia’s love for each other.  They want to be together, but both know they can’t be. Batman knows that while Talia loves him, she’ll always be loyal to Ra’s. This is an added dimension that makes Batman and Ra’s battles even more personal to Batman.

One major complaint is the title of this collection.  Batman Arkham: Ra’s al Ghul couldn’t be more misleading.  Hardly any of these stories take place in Gotham, and NONE of them take place in Arkham Asylum, so I’m not really sure on DC’s reasoning on this.

Final Thoughts: This is a solid collection that will give Batman fans a great historical rundown of Batman’s many battles with Ra’s al Ghul over the years.  Despite a few minor gripes, I’d highly recommend this.