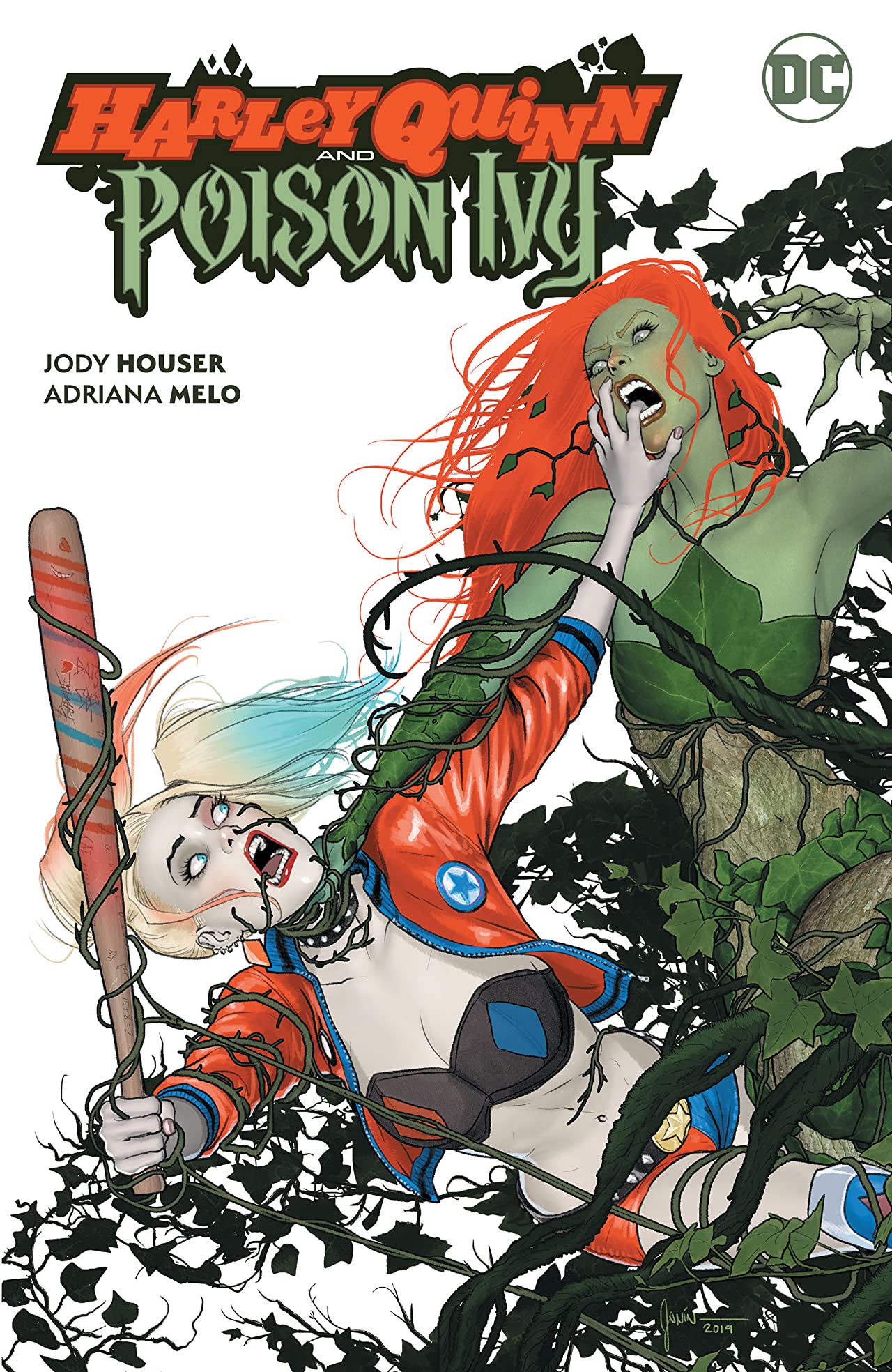 Editor’s Note: TBU Collected returns with the 2019-2020 miniseries Harley Quinn and Poison Ivy. A hardcover collection of all six issues released this week. While not a review of the collected edition itself, this is a review of the stories that make up the collection.

Overview: Following the events of Heroes in Crisis, Harley Quinn finds herself caring for and nurturing a newly reborn Poison Ivy. The Floronic Man, however, has other plans for Ivy, and only Harley stands in the way of his diabolical plans.

Synopsis (spoilers ahead): Out in the suburbs, Harley Quinn and Poison Ivy are lying low after Ivy’s death and rebirth in Heroes in Crisis. Ivy is experiencing difficulties in maintaining her newly regrown body, and Harley is doing everything she can to help. With the aid of a gift from Lex Luthor, Ivy finds a way to stabilize her appearance, but she needs more help than Harley can provide in this hideaway.

After resolving to leave together and begin life anew as heroes, Harley and Ivy’s house plants ensnare the duo before they can hit the road. The Floronic Man enters, revealing himself to be the mastermind of their capture. He needs Ivy’s powers to conquer the Parliament of Flowers and assume control over The Green.

Harley and Ivy fight their way to freedom and hightail it out of the suburbs. Ivy still needs help returning to normal, which inspires Harley to reach out to the Mad Hatter for aid.

The duo only finds betrayal at the Mad Hatter’s amusement park hideout. They also find themselves relentlessly pursued by The Floronic Man’s floral minions. Tired of running, Harley and Ivy resolve to take the fight to The Floronic Man. He’s seized New York City, and they fight their way to the source of New York’s infestation of budding plant monsters.

What they find, however, isn’t The Floronic Man at all. It’s Poison Ivy, the real Ivy, and she feels betrayed. Back in the suburbs, this real Ivy reveals that Lex Luthor’s gift worked too well, creating many “cuttings” of the real deal. One of those cuttings is the clone that Harley’s been cruising around with, and the real Ivy is incensed that Harley couldn’t tell the difference between the real deal and a lesser clone.

She’s also upset that during their first encounter with The Floronic Man, Harley’s home security system caused a fire that killed the other “cuttings.” Even more so, Poison Ivy is mad that this weak cutting of herself would dare to pretend to be a hero and play second fiddle to Harley.

The three fight and the Ivy clone finds a way to free Harley from Ivy. Once free, the clone tells Harley to run but that she can’t come with. She’s a piece of a whole, and she needs to return to Ivy.

Harley leaves and watches the growth consuming New York City retreat from afar. She’s hurt, but she drives off resolved to be a hero, inspired by the friend she lost.

Analysis: This story by Jody Houser and Adriano Melo starts one way and diverts down a completely different road in the arc’s final pages. The opening pages are so full of life, love, and fun, and Houser does a great job capturing the tender, caring moments between Harley Quinn and Poison Ivy in their banter with each other. Melo, on the other hand, is able to capture the essence of each character in beautiful, softly drawn close-ups and paneling. Particularly with the eyes, Melo is able to capture years of a developing relationship between these two in one or two glances. Melo’s work is mesmerizing, and paired with Hi-Fi’s vivid coloring, the opening moments of this story are uplifting and filled with so much beauty.

The road trip-style adventure, however, feels inconsistent and rudderless as Harley and Ivy move from one objective to the next with no real end goal in place. There’s this vague idea of restoring Ivy to her old self, but what that really means is anyone’s guess.

The question, “Why am I reading this?” comes to mind often. As readers, we’re forced to sit back and enjoy the ride in spite of this. It’s our only way through. That said, the most fun moment in this book is also the most pointless, and it’s when Harley decides to divert toward a dinosaur-themed amusement park just because. Houser and Melo clearly have a great time playing with the sandbox they have built with this random excursion, and it marks the last time this story feels rich and full of life.

Once we’re taken to New York, we arrive at what seems like the point of this arc. It’s a retcon, one that’s intent on destroying the relationship between Harley and Ivy. For fans of this classic pairing, this heel-turn is devastating. Years of a budding relationship are tossed in the trash by this book’s final pages. The real Poison Ivy ends up hating Harley and everything she stands for, and Harley drives off on her own. Sure, she’s inspired by the clone she once called friend, but she also seems way too accepting of her fate as a one-woman show. Plus, what many have argued is a true romance between the two is given the label of “friendship” and nothing more.

This is in stark contrast to how this story begins, which makes these final moments bewildering. Gone is the celebration of Harley and Ivy, and in its place is just Harley, seemingly “okay” with failing at her goal of restoring to life someone who meant the world to her.

Final Thoughts: Come for the art, but jump ship before the story ends. Harley Quinn and Poison Ivy starts off reminding us of why we love these two together, and it ends with taking that relationship we adore and needlessly tearing it up before our eyes. In many ways, this book is like a grade school bully in how it treats our beloved characters, but it’s not Jody Houser or Adriana Melo who is at fault. The real bully appears to be DC editorial.