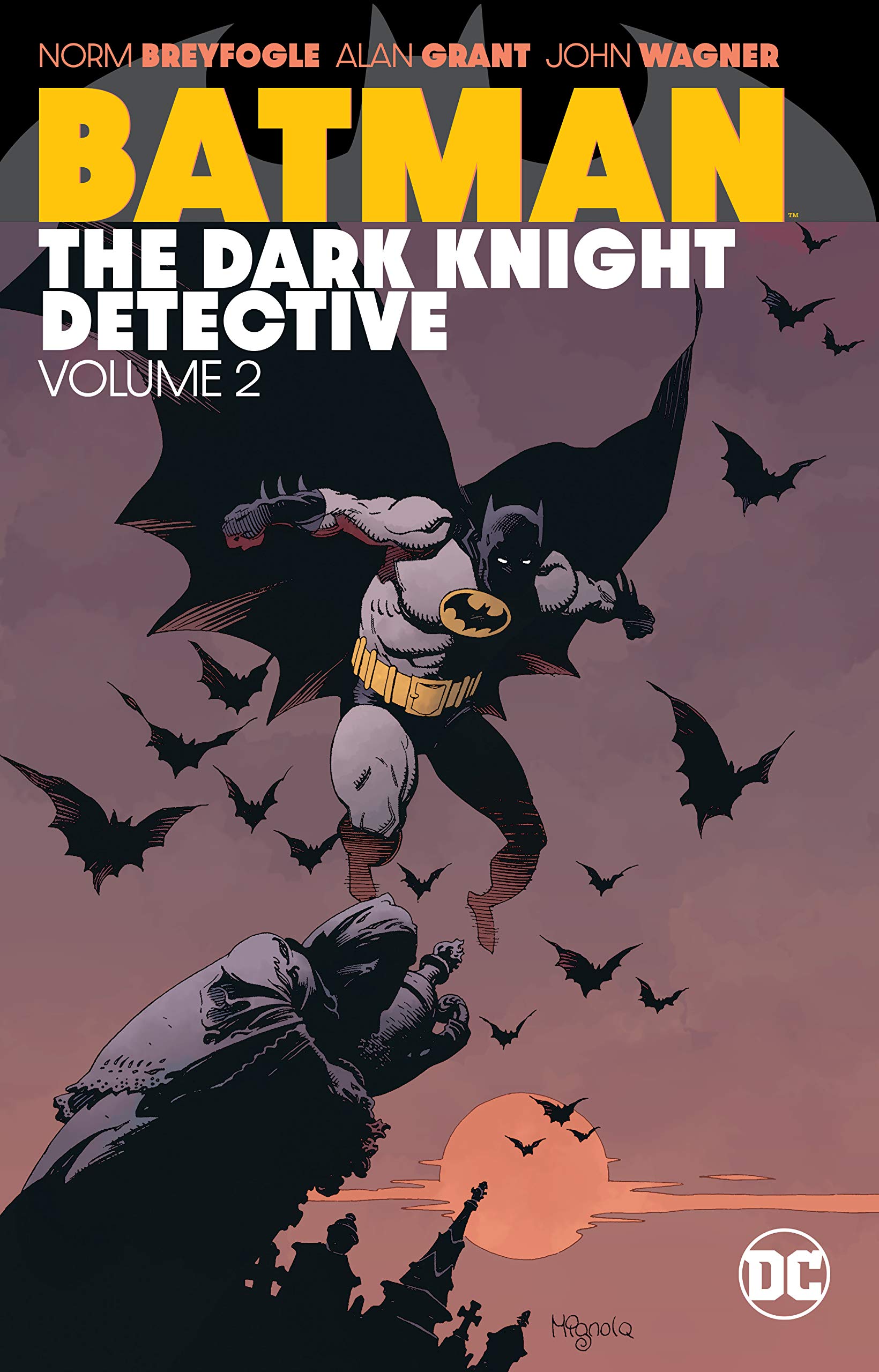 Editor’s Note: This time around we are reviewing Batman: The Dark Knight Detective Volume 2 as it is releasing tomorrow in comic stores. While not a review of the collected edition itself, this is a review of the story as a whole rather than individual issues as the site typically reviews. You can pre-order your copy of the new release by heading over to Amazon.

Synopsis (spoilers ahead): In the first two parts of this collection, we join Batman while he patrols and attempts to break a drug ring dealing a drug called “Fever”. We meet the Scarface and the Ventriloquist for the first time as Batman outsmarts this interesting duo. Breaking the mad puppet’s drug ring, after overcoming being drugged himself, we get a small glimpse at how delusional the Ventriloquist is in while in jail.

The next two parts of this collection Batman deal with the Ratcatcher. As he takes down a weapons dealer, a ragged man emerges from the sewer revealing he’s been held captive by a madman. Batman ventures into the sewer to investigate and confront the ex-exterminator and rescue his other captives. After escaping the army of rats and being flushed down the tunnel, Batman overpowers the Ratcatcher and his rats.

The next three parts we meet the Corrosive Man, who has become a villain after being exposed to an exploding warehouse of toxic chemicals. During Batman’s hunt for a drug dealer at sea, Batman witnesses the birth of the Corrosive Man and hunts him down. Eventually, Batman learns that the Corrosive Man is an innocent man hunting down the death-obsessed hitman that framed him.

The final parts include Batman fighting against a terrorist with diplomatic immunity whose minions shoot out veterans clubs, Batman battling against a tribal shaman who intends to take back his tribe’s property by any means necessary after it was stolen from him in a bloody raid in Australia, and a brief exploit of Ra’s al Ghul and his daughter Talia trying to recover a poison from the Penguin before Batman stops them all.

Analysis: So right off the bat, let me say I’m not a fan of the Ventriloquist as a comic book character. In the Animated Series he’s fine, but in the comics, I just find him annoying. The Ratcatcher is the typical wrongfully accused man being punished for something that wasn’t his fault, at least in his own mind. The Corrosive Man is yet again another man escaping prison only to fall into an accident and have his body chemistry radically changed.

While the Villains are a little lackluster, the general writing gives you a sense of Batman’s unfathomable will for justice. Whether being drugged, attacked by a hoard of rats, or hunting both the murderer of the lowly homeless to the “untouchable” politically immune, Batman will get his man. The shaman was an interesting story since it dealt with how would Batman act in a case of a thief stealing and killing to regain artifacts from murders and the original thieves.

Now to flip over to the art side, the Batmobile in this incarnation looks like a mix between the Batman ’66 Batmobile and a DeLorean trying to be to slick and futuristic. Batman’s cape drags behind the Batmobile in most panels like an unnecessary emergency parachute. The action sequences are always interesting and seeing Batman take out dimwitted thugs is always entertaining.

The best story in this collection, in my opinion, would have to be is the one taken from the 1988 annual by Denny O’Neil. With the start of this multi-series story, we get a visit from the Question, who is always interesting when he pops up to bother and vex us with his wit and cockiness. You can tell this is a start of a mysterious journey that tantalizes you into hunting down the next issues. Thats what a good story does. It makes you want to hunt down the next part no mater how long it takes. The art is little dull but makes up for it with full page multi-panel silent story basically saying that if any artist can pull that off, they deserve to be drawing for DC Comics and be on any Batman title.

Final Thoughts: All in all, I would give this collection an average rating.