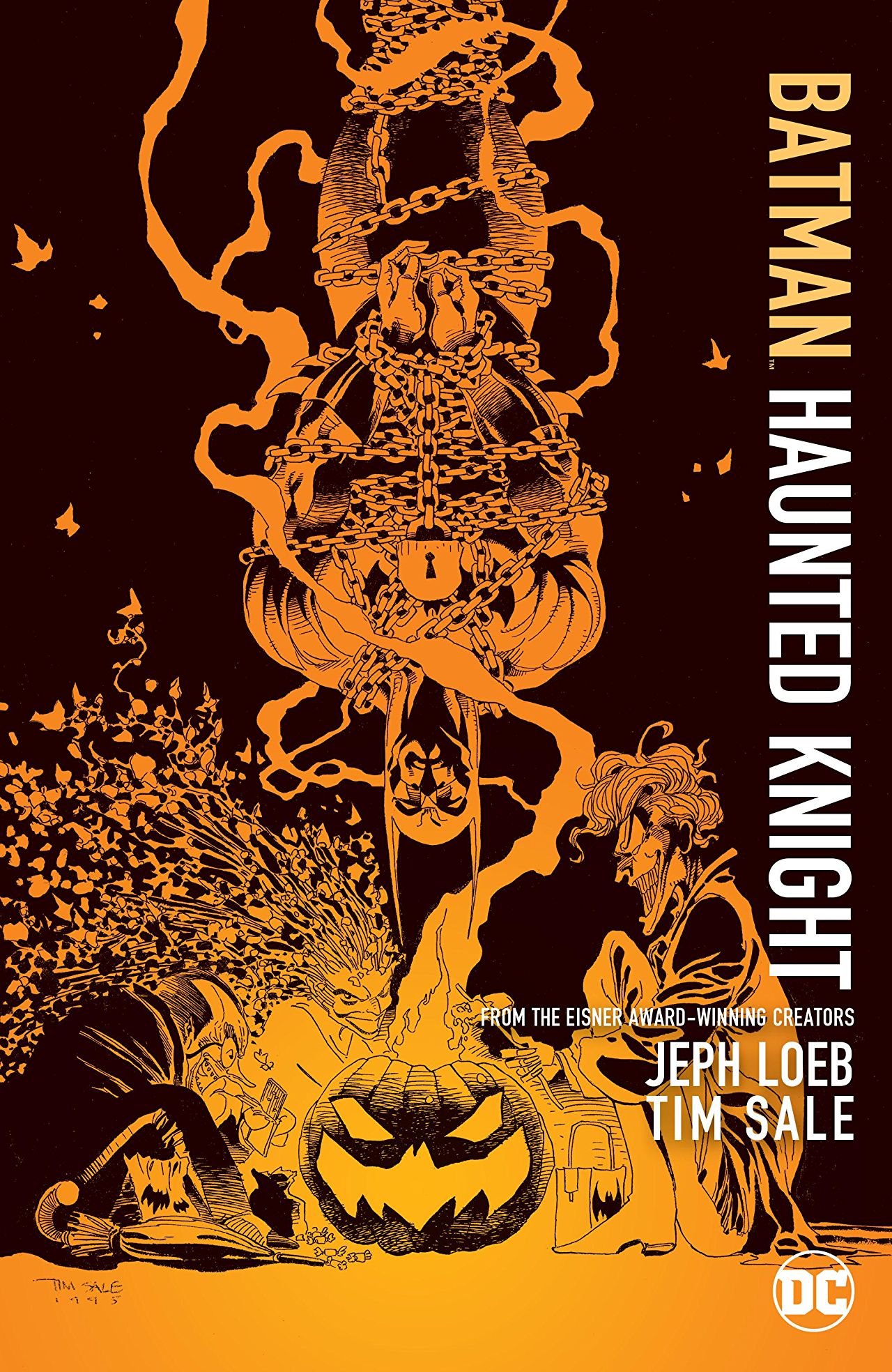 Synopsis (spoilers ahead): In this first of three haunting Batman tales, we start with Batman in pursuit of Scarecrow. After interrogating his thugs Batman finds Scarecrow’s target for the night. Confronting the madman at an electrical station, Batman is dosed with the latest fear gas. Seemingly Scarecrow is caught and dragged off to Arkham.

Back at Wayne Manor, a party is going on. While Bruce is caught up in a dance, the Scarecrow escapes. Being led to the library by his dance partner, Bruce is so intrigued by his mystery dance partner he doesn’t even notice the Bat-Signal. Bruce races off to Gotham’s aid reflecting on how the city chose him to be its protector. After a long night of fighting and hunting down the escaped Scarecrow, Bruce returns to his bed, only to be awakened by the mysterious woman from the night before bringing him breakfast.

The next night Batman, on patrol, reflects on his day spent with this intriguing woman which alarms Alfred. Being distracted, a flock of crows ambushes Batman. Following the crows back to Scarecrow, Batman chases him into a maze filled with poisoned thorns. While Batman is fighting his way out of the poisoned maze, Alfred has another encounter with the mysterious woman. He is pushed to use the Bat-Computer to search for who this woman is.

While in his poison delirium, Bruce makes it out of the maze and to the Batcave as he hallucinates marring the woman with Scarecrow officiating the wedding. While healing the woman convinces Bruce into going on vacation with her. Alfred tells Bruce what he learned about her while Scarecrow ambushes Commissioner Gordon and vandalizes the Bat-Signal. After Alfred confronts Bruce about his unusual behavior, Batman races off to save Gordan and capture Scarecrow.

Back at the manor, Alfred confronts the woman with all of her past names and how she marries rich men who end up dying accidentally. Bruce excepts what Alfred told him and realizes he doesn’t need to fulfill some of his heart’s desires.

The second of Batman’s haunting tales has Batman on the hunt for Mad Hatter, who is abducting children. Batman reflects how Tetch makes him remember his mother reading Alice in Wonderland. Batman is caught off guard and shot byMad Hatter. At the same time, Commissioner Gordon meets Barbra and argues with her about being allowed to go out into the city on Halloween night.

As Batman lays show, he remembers the hours before his parents’ death. The horror of it shocks him awake. Barbra Gordon sneaks out into Gotham and runs into some thugs only to be saved by Mad Hatter. After collapsing on the street, Batman is saved by Leslie Thompkins, who helped him come out of his depression after his parents died.

At the same time, after an exhaustive search, Gordon learns where Mad Hatter is and that he might have his daughter. After a heroic rescue by both Batman and her father, Barbra sees why her father is so protective. Bruce goes home and curls up with Alice’s Adventures in Wonderland to help him remember his mother.

The last haunting tale of this collection starts with Bruce Wayne attending a charity party and running into Lucius Fox reflecting on past offers. During the party, Penguin crashed the gate and attempts to rob the guests. Bruce acts like he is shot out the window only to reappear as Batman to stop the robbery. On his way home, Bruce hallucinates a face on the door knocker. After going to bed, Bruce wakes to the ghost of his father claiming Bruce will be visited by three spirits. The ghosts of past, present, and future show Bruce that his legacy could and should be more then just Batman fighting criminals. He should be helping people with his foundations as well and Bruce does so with the help of Lucius and his first step is handing out candy to children.

Analysis: When you first pick up this book you wonder what could possibly haunt Batman more then his parents’ deaths. Well, Tim Sale and Jeph Loeb show you. Tim Sale’s art work is mesmerizing with his hallucinating sequences every time Batman enters a madman’s lair or is knocked out. Sale’s non-action sequences are very moving as we see Alfred’s devotion to Bruce by his actions in multiple stories. Sale’s Scarecrow, Mad Hatter, Poison Ivy, and Joker are particularly interesting being both very animated and reserved at the same time. But why does he feel the need to have Batman’s suit rip and be cut so easily is beyond my understanding. How could crows shred Batman’s suit so easily?

Jeph Loeb writing in these three stories starts from intriguing noir with superheroes to a rehashing of Charles Dickson’s Christmas Carol. Chapter one gives us a side of Bruce filled with doubt and regret when he meets a woman that mystifies him. Alfred’s devotion to Bruce is hammered hard showing that if it means letting Bruce fight crime over having him marry and possibly get killed, Alfred would rather have the crime fighting Bruce instead of a short lived happy Bruce.

In chapter two, we get some amazing character building with Commissioner Gordon and his young teen daughter Barbara. Loeb writes the arguments and the reconciliation between the two perfectly with both characters being right and wrong and admitting it. Loeb’s Scarecrow and Mad Hatter are portrayed with that knight’s edge of madness and sinister mastermind plotting that all Batman villains need.

The last part of this graphic novel is honestly the weakest of the three. Charles Caleb Colton says “Imitation is the sincerest form of flattery,” but having to read this rehashing of A Christmas Carol yet again is truly boring. When you first see the door knocker changing to Thomas Wayne showing up in chains you can speed read everything and still learn the same lesson you get every winter. It is very impressive the story was compressed into just a few pages which does take skill. Otherwise the last part is a sad closing to this strong book.

Final Thoughts: So all in all, I would say this collection starts off very strong. Then gives you that sudden drop off a cliff feeling with the last part from that lackluster Scrooge.