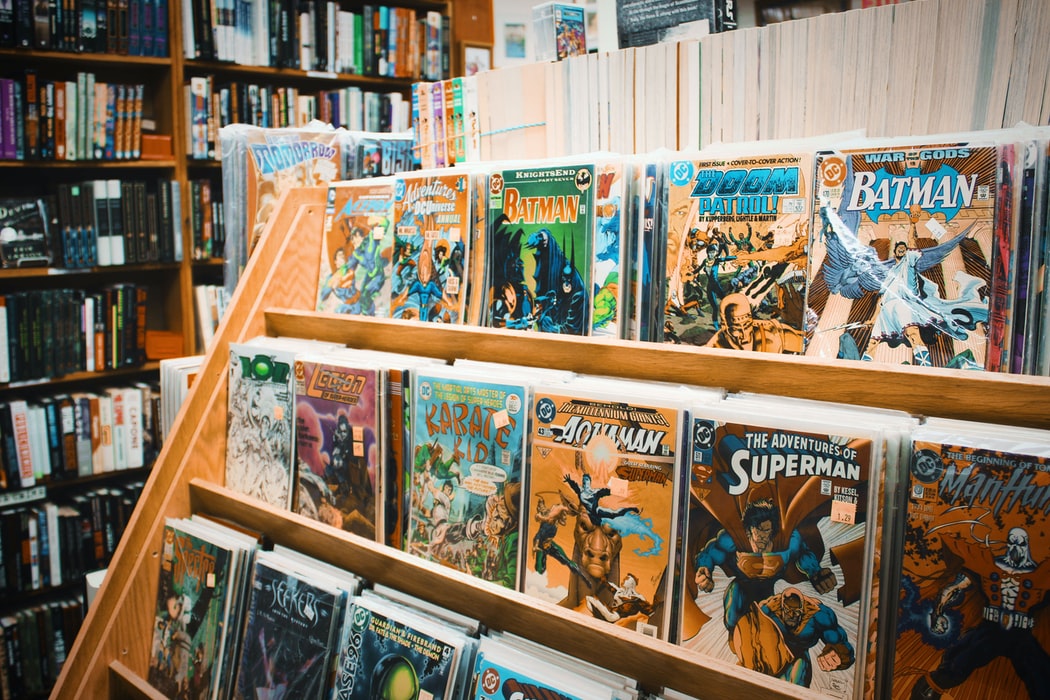 The first-ever comic book to be published in the US was Famous Funnies which hit shelves in 1933, creating a whole new way to consume comic strips. This new market boomed as the fans fell in love with the characters and stories that were published.

One of these was Batman, who first appeared in Detective Comics #27 in May of 1939. The Case of the Chemical Syndicate was a hit with fans, and Batman had his own comic the following year.

Since those early days, comics have changed a lot. Comic books have developed cult followings among large groups in society, with many sub-genres being created to cater for different tastes.

Today, the biggest market for comics is Japan, where more than $7 billion is spent each year on around 2 billion manga books.

The way we consume comics has changed too. Today, we still have the opportunity to visit a comic book store and flick through the latest issues and back catalogs. But smartphones and the internet have given us new ways that we can consume the stories of our favorite characters.

In 2020, we can use smartphones for just about everything, from communicating with friends to working remotely. We can use them to play all sorts of games, from battle royale blockbusters like Fortnite to using casino bonuses to play classic games like blackjack and roulette. There are also plenty of apps we can use to find, read, and even watch comics and related stories.

It seems Amazon has its fingers in just about every industry, from web hosting to movie production. Comics haven’t escaped the Amazon treatment either, as it has created Comixology to give comic lovers an easy and convenient way to buy and read content from one of a whole host of publishers.

Due to restrictions on in-app purchases imposed by Google and Apple, it’s a little cumbersome to buy new comics through the Comixology website before returning to the app to read them. If you’ve used the company’s Kindle app, you’ll be familiar with the process.

The real stand out feature of Comixology is that it uses AI to find patterns in the type of content you enjoy and then make recommendations on new titles it thinks you may enjoy.

If you want something that’s a little less main-stream, then Dark Horse may be the comic app for you. As well as more than 5,000 titles from its own library, the Dark Horse app has thousands of comics from indie publishers.

It offers a great experience while reading, showing you each page in full before zooming in. This experience can be customized to however you want, far more than any other comic book app.

If you don’t have more storage space on your smartphone, you can even offload some of your titles to its cloud storage service. This means you never have to compromise your library because your phone is full. Unlike the other apps, iComix doesn’t restrict you to just the comics sold by one publisher or service. You can import the comic books you’ve bought from just about anywhere so you can read them all in one single app.

It supports most common formats, including PDF, ePUB, CBZ, and CBR and lets you organize them into lists, using whatever filing system you like. This means you could create a list of comics from each publisher, author, or just about anything else you wanted.

Like Dark Horse, you can offload some comics to the cloud, so you’re not filling up your phone’s internal storage. Unlike Dark Horse though, you can use a third-party service like OneDrive, Google Drive, Dropbox, or Box.

Navigation and reading comics is a little primitive though. You manually zoom into using the pinch gesture and change pages by swiping. Although basic, this system works as all smartphone users will be familiar with it.

If you have a large collection of comics from multiple places, then iComix will give you a unified experience that puts your entire library in one place.