2018 TBU Holiday Gift List: The Expensive Items (That You’ll Buy for Yourself) 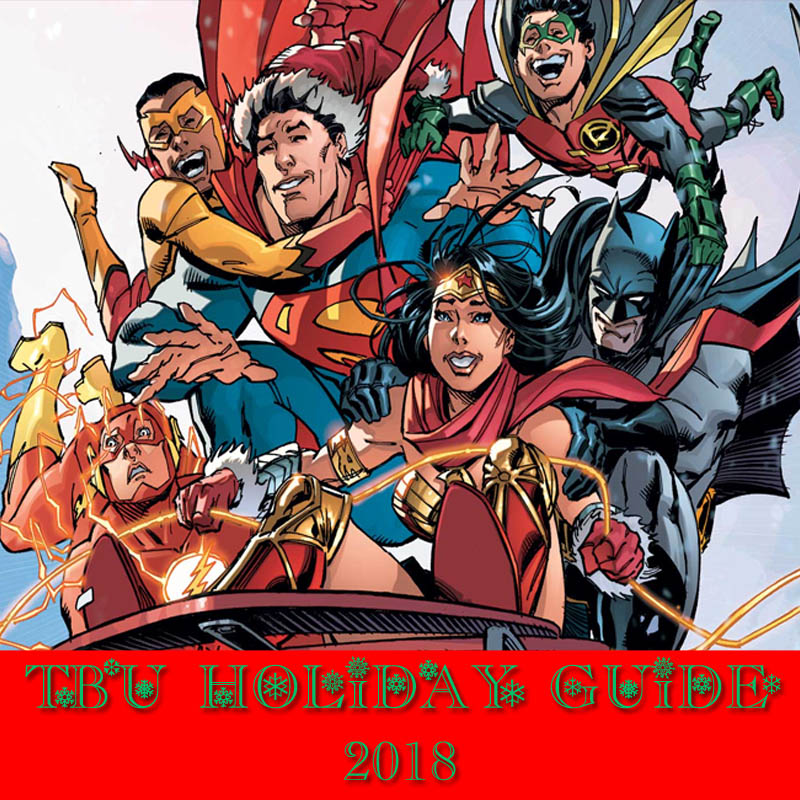 Feeling generous and got some cash to burn for the holidays? This is the “expensive” version of the holiday gift guide, or as I like to call it: for those you love!  There are obviously tons of other items from years past that you can also gift, these just happen to be the latest and greatest. Also keep in mind that while prices are listed, some of these items can be found for discounted prices as well. All of the GOTHAM CITY SIRENS starring Batman villains Catwoman, Poison Ivy and Harley Quinn, written by multiple Emmy and Eisner Award-winner Paul Dini are collected into one giant hardcover omnibus for the first time! OMAC robots are rampaging, magic is dying, villains are uniting, and a war is raging in space. And in the middle of it all, a critical moment has divided Earth’s three greatest heroes: Superman, Batman and Wonder Woman. It’s the DCU’s darkest day, and long-lost heroes from the past have returned to make things right in the universe…at any cost. Heroes will live, heroes will die, and the DCU will never be the same again! From the mind of genre-defining writer Grant Morrison comes Final Crisis, one of the most epic events ever to hit the DC Universe! In this 10th Anniversary Omnibus edition, every chapter in the groundbreaking saga is presented together in chronological order for the first time ever. With stories by Grant Morrison, Geoff Johns, Greg Rucka and more comes the Final Crisis 10th Anniversary Omnibus, a deconstruction of superhero comics at large and a challenging, thought-provoking take on the modern, four-color icons. Now collecting the entirety of this epic saga, this first of three omnibus collections introduces Batman to his son, Damian Wayne, and takes the Caped Crusader from the brink of death to the edge of madness. These blockbuster stories, including the now-classic Batman & Son, Batman: The Black Glove and Batman R.I.P., feature a deconstruction of superhero comics like no other, with a challenging, thought-provoking take on the man behind the cowl. The continuing adventures of America’s fun-loving, action-packed pop-culture icons from the classic Batman TV series! Along with the returning regular cast of rogues plaguing Batman, Robin, Batgirl and Commissioner Gordon–the Joker, Riddler, Penguin, Catwoman, Mr. Freeze, Egghead and Olga, Queen of the Cossacks–Gotham City must contend with new appearances from the rest of Batman’s colorful villains– Harley Quinn, the Scarecrow, Bane, Poison Ivy and Two-Face–none of whom ever graced your Bat-TVs! The Eisner Award-winning team of Jeph Loeb and Tim Sale created some of the most memorable and important Batman stories of all time. Now, for the first time ever, their complete works on the Dark Knight are collected together in one definitive omnibus edition. This one ESPECIALLY is for every Dick/Babs shipper in your life! (*coughcough*) (Read more about this item here) Hopefully, you can find something for the special Bat-Fan in your life somewhere on this list or on our first part of the list. Either way, this list should give you plenty of ideas of things you want to add to your collection to tell your friends and family to get you.