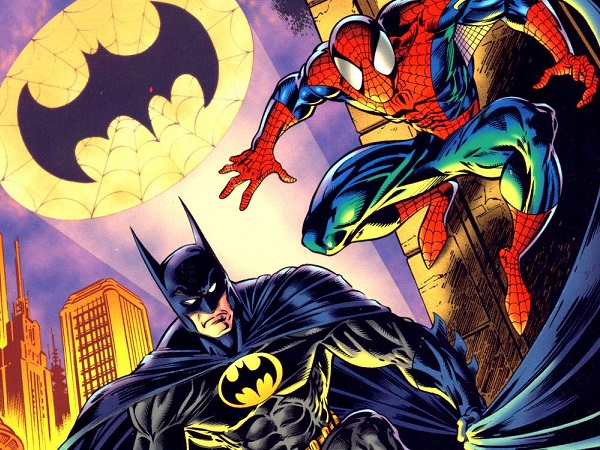 Ask any person with basic comic book knowledge to name any superhero and within their first couple of answers, they will probably name Batman or Spider-Man. But why will someone name Batman and Spider-Man? They are the two marquee, money-making characters for their respective companies. Batman, as the face of DC Comics, has led his own live-action television show in the 1960s, has had multiple animated series and has been a box office behemoth in pretty much every iteration of the character that’s been portrayed on screen.

What Batman has been to DC, Spider-Man has been to Marvel Comics. Before the rise of the MCU, Spider-Man was by far the flagship character for Marvel Comics. In addition to cartoons and some of the highest-grossing films of all time, the web-head has been plastered on lunch boxes, backpacks, action figures, bicycle helmets. The same goes with Batman. If you can think of some sort of physical object, chances are there is a Batman or Spider-Man version out there of it.

However, just being money powerhouses and the lead characters at their companies aren’t the only similarities these two share. They have a ton of similarities that many people don’t think about, including their origins. One saw his parents murdered in front of his eyes and swore a path of justice and vengeance. The other had his beloved uncle killed in cold blood and swore an oath of responsibility.

Let’s break down this matchup between The Dark Knight and the Amazing Wall-Crawler. 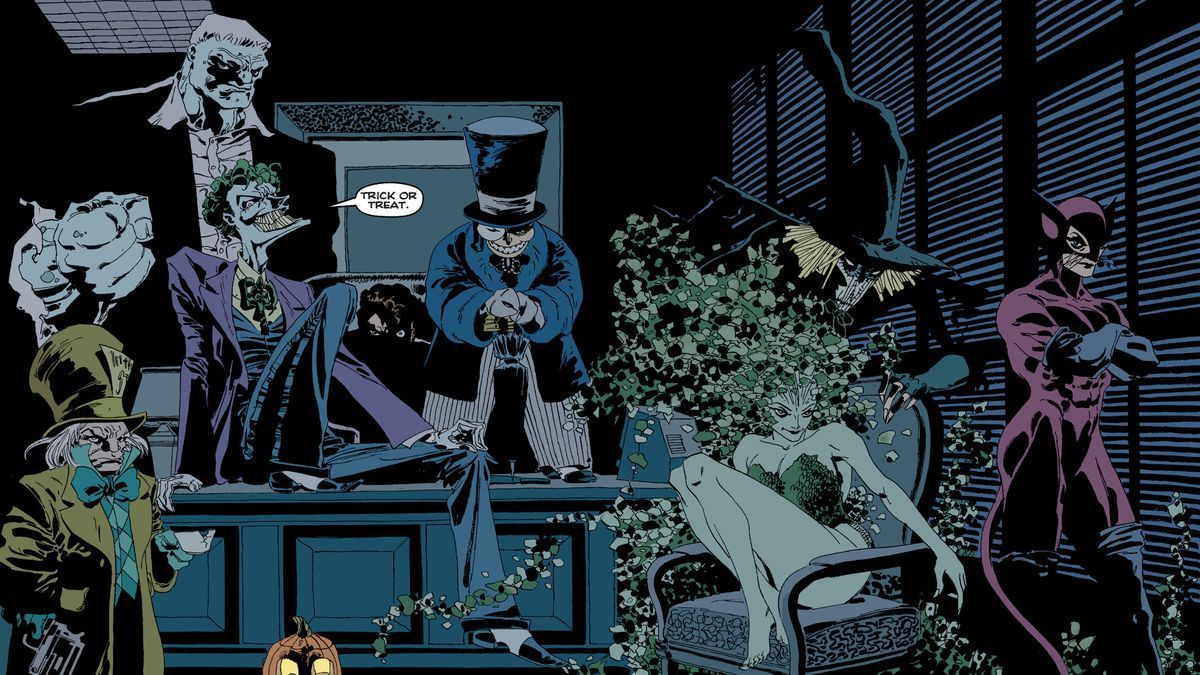 Spider-Man and Batman have perhaps the two most famous groups of villains in comics. Batman’s villains can strike that balance between the hardened gangsters and masked lunatics. The beauty of the Bat-villains in my eyes is how flexible they are. They can be the dark, scary, city-terrorizing psychopaths, or they can be bad guys that will fight Batman and Robin on the keys of giant typewriters and pianos. Batman has perhaps the most famous villain in comics history in the Joker. Joker, along with Bane, Two-Face, Mr. Freeze, Penguin, Poison Ivy, Ra’s al Ghul, and Scarecrow form the heavy hitters that Batman has to deal with while defending Gotham.

Spider-Man has to contend with an equally colorful cast of rogues. One thing I have always enjoyed about the Spider-Man villains is how they are truly misfits of science. Dr. Otto Octavius was one of the world’s brilliant minds until an accident fused four mechanical arms to him and thus Dr. Octopus was born. Curt Connors was another amazing scientist, but while trying to figure out a way to grow his arm back by using lizard DNA, the experiment went wrong and mutated him into a giant lizard. Max Dillion was repairing a powerline when a freak lighting accident gave him electricity powers. Dillion puts on a green and yellow costume, a big lightning bolt mask, and calls himself Electro.

Another thing to enhance these two sets of villains is that the villains have a personal stake in the hero. Norman Osborn was not only the Green Goblin but also the father of Peter Parker’s best friend. Goblin also killed Gwen Stacy, Peter’s first love, and really cemented his place as a top Spidey villain. Joker has no personal ties to Batman but has killed one of his sidekicks and paralyzed another. Depending on the iteration of the characters, Doc Ock and Curt Connors were mentors to a young Peter Parker before their villainous turns. Harvey Dent was an aide in Batman’s fight for justice before the accident that caused him to become Two-Face.

A hero is only as good as the villains that they face. It is not by accident that a Batman and Spider-Man villain has been the lead of a movie franchise in both Joker and Venom. It is tough to pick one or the other, but I would lean towards Batman’s rogues because of how great the Joker is as a villain.

Now you would think this would be a resounding win in Batman’s favor. With his array of batarangs, smoke grenades, grapple hooks, and tasers, but don’t sleep on the incredibly inventive mind of Peter Parker.

Parker was a science geek before he was bit by that radioactive spider. Once he gained the powers and abilities of a spider, all he needed were some webs. The webbing wasn’t organic, despite what we saw in the Sam Raimi trilogy. No, fifteen-year-old Peter Parker invented those famous web-shooters and the webbing that he uses.

Depending on the story, Spidey can build different things that he needs to get out of any situation that he is in. For example, a special webbing that he once made to defeat Sandman. Batman, however, is all about gadgets and superior technology. While the web-shooters are a cool and easy way to get around town, nothing beats the variety of gadgets that Batman has. From batarangs to Bat-shark repellent, Batman has the best gadgets. Added bonus- the Batmobile beats the Spider-mobile every time. 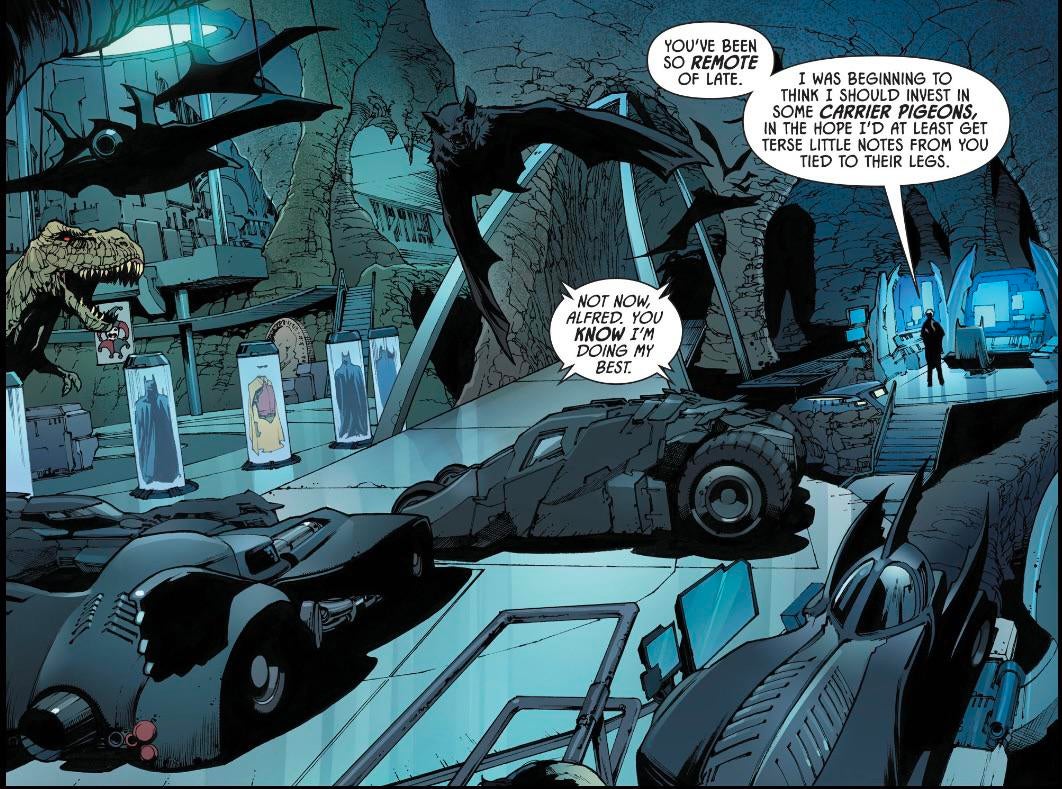 This is an interesting one because Batman and Spider-Man deal with their supporting casts in different ways. Batman deals with his supporting cast like they are coworkers because, for the most part, they are. Nightwing, Robin, Batgirl, Alfred, and Jim Gordon are characters that help Batman in his mission to save Gotham. Certain characters have stronger ties to Bruce Wayne like Alfred, Dick Grayson, and Damian Wayne to build more of a family bond in his world. That is not to say that Bruce doesn’t care for the family that he has created, because he truly does. His partners and sidekicks have replaced that family that he lost when he was a child.

One thing that makes Spider-Man so popular as a character is the soap opera aspect of his life (more on that in #4). From Aunt May to Mary Jane to Flash Thompson to all his coworkers at the Daily Bugle, they are all intertwined in different ways to not only Peter Parker’s life but Spider-Man’s as well.

A key difference is that Peter Parker tries to have a life outside of the costume while Bruce Wayne does not. Peter always tries to balance his friends, family, and job along with saving the world, and that is what makes Spider-Man so relatable as a character. Bruce Wayne was born rich, so he doesn’t need a job. His only focus every day is fighting crime and being a better Batman. They interact with their supporting casts in different ways, but that does not diminish the strength of their supporting casts. What Alfred is to Batman, Aunt May is to Spider-Man. They are always there for a pep talk and to give strength and guidance to our favorite heroes.

I would have to lean in Batman’s supporting cast because his supporting cast are heroes like Nightwing and Robin while Spider-Man has an angry newspaper editor. Still a great character though. 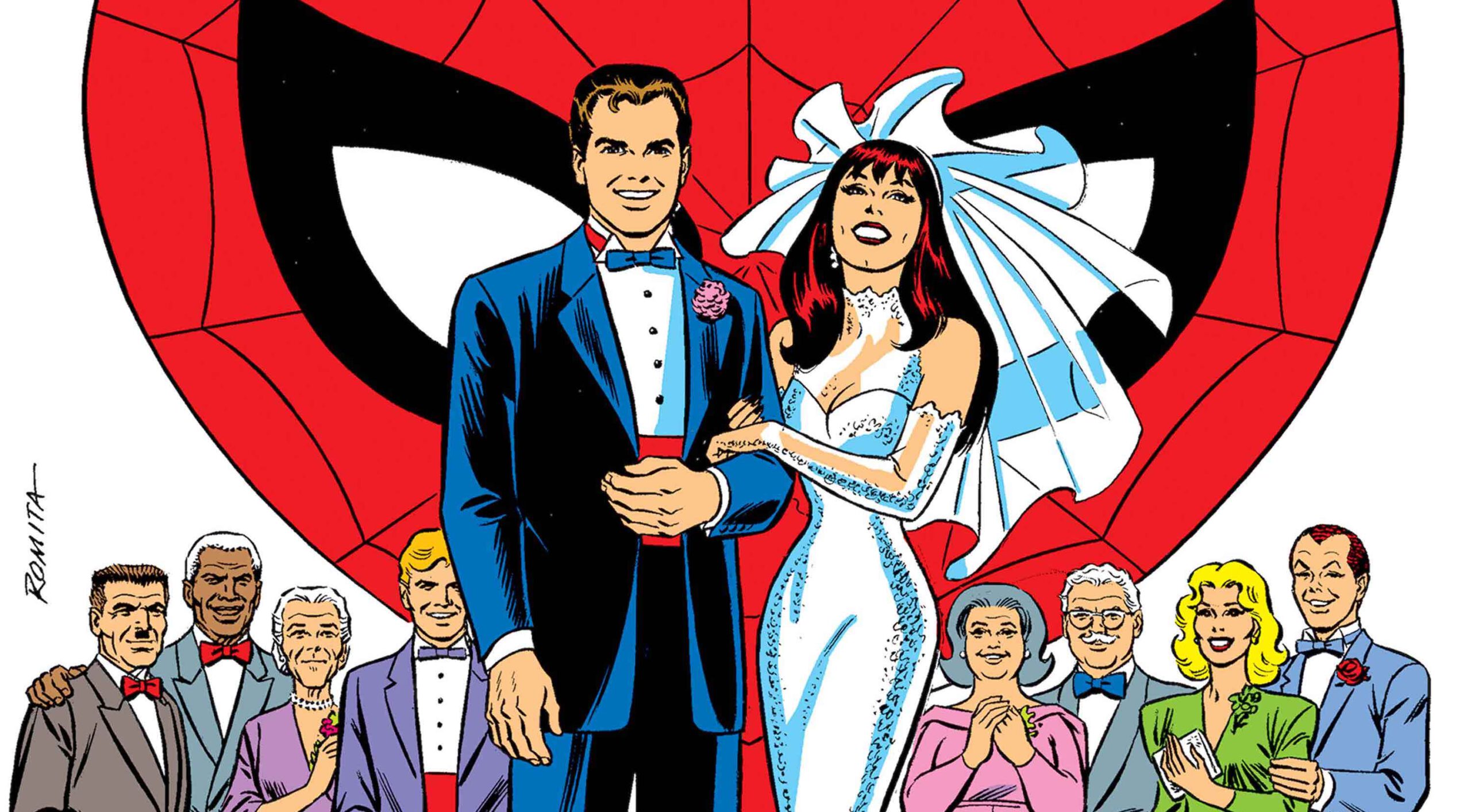 Back to that soap opera aspect that I mentioned earlier. Here is a key difference between the characters. While there have been many great loves in each character’s history, they each handle the women in their lives differently.

Bruce Wayne has many great loves that have come through his life. Vicki Vale, Silver St. Cloud, Talia al Ghul, and of course Catwoman. He shares a child with Talia, and he and Catwoman almost got married. Each woman has come close to stealing Bruce Wayne’s heart completely, but there’s always that one thing that gets in the way. The vow he made as a child standing over his murdered parents. He will always be the Batman. And unfortunately, there is no room for love and happiness in Batman’s life.

Peter Parker, on the other hand, has always tried to balance his love life and his life as Spider-Man. Even though Spider-Man had a relationship with Felicia Hardy (aka Black Cat) and a few other women, the two biggest relationships he has ever had were with Gwen Stacy and Mary Jane Watson. Gwen was Peter’s first love, and they had weathered through the tragic death of her father and a couple of periods of separation. The way the stories were going in the comics was trending to where Gwen and Peter would get married. Sadly, Gwen was killed by Norman Osborn (aka Green Goblin) which added to that Goblin/Spider rivalry.

Peter was able to overcome the death of Gwen by finding love in the arms of former party girl Mary Jane Watson. Peter and Mary Jane are perhaps the most famous comic book couple of all time right next to Superman and Lois Lane. MJ knows that Peter is Spider-Man, which she accepts (albeit begrudgingly), and Peter and Mary Jane even got married in 1987. They remained married throughout the years until 2007, and that is a story we won’t get into. If you know, you know.

How each character handles their respective love lives is a major difference. In the main continuity, Batman has never made the full commitment of marriage even though he was ready to marry Catwoman. Peter has been married and hopefully will marry Mary Jane again (again, if you know, you know).

Batman and Spider-Man are two of the most famous and popular comic book characters of all time. They have transcended the comic book medium. Action figures, movies, cartoons, t-shirts. They are possibly the only two characters that can appeal to a fan of any age. There is a reason movie studios keep rebooting these characters for movies at every chance they get. With Spider-Man: No Way Home releasing and The Batman coming in March 2022, it is sure to be another year dominated by Batman and Spider-Man. And there is nothing wrong with that.