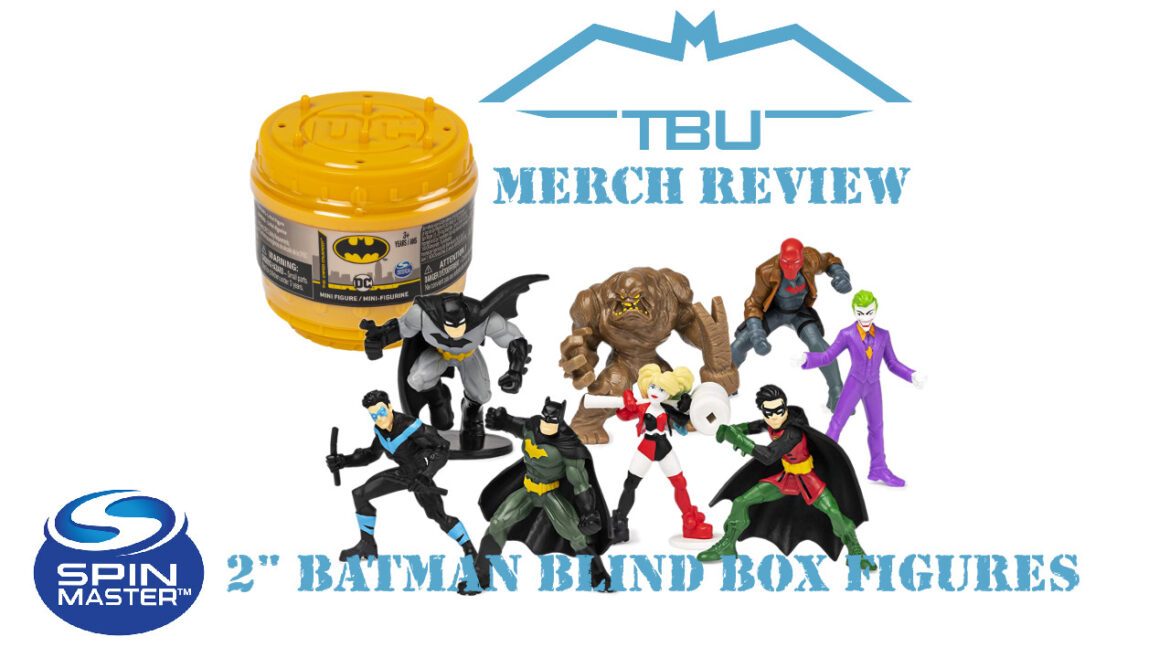 Today we are taking a look at the Spin Master two-inch Batman blind box figures. But before we can get into the figures, let me take a second to set things up.

Imagine a time when you walk into your favorite store and you can’t find any products featuring your favorite superhero. Just a couple of years ago, that was the case with Mattel’s action figures representing the DC Universe, as well as the Batman Universe, consistently being out of stock. While it wasn’t for a lack of trying, as there were numerous Batman Universe characters that ended up with an action figure over the years they held the license, it was just very difficult to find them at normal retailers.

As a parent of three, it was frustrating that every trip to the store would result in multiple figures on the shelves representing the universes of Marvel and Star Wars and even less popular brands. How could I instill my love for the Batman Universe into my children if my best option is to buy things second-hand since the retailers rarely ever had figures for my children to enjoy.

That brings us to 2020. Spin Master won the bid to take over the action figure license for the younger end of the spectrum. I was skeptical at first as I was unfamiliar with Spin Master. After learning how they were behind some successful brands, my main hope was that at the very least, they could make sure that there was product consistently available.

See Mattel had a tendency to focus solely on certain aspects of toys at one time. Sure they had DC Multiverse figures for years, but rarely did they choose to focus on more evergreen figures or television series’ that were geared towards the younger audience. Maybe it was because they were burned in the past with Young Justice and Justice League Action, both of which had small action figure lines, but both series were canceled prior to the action figure lines really taking off.

That brings us back to today. While I have looked at some other Spin Master items in the past, one thing that is always on shelves when I’m at the store are these blind box canisters featuring Batman Universe characters. Blind bags or boxes have been huge for years. While they might not be as popular as five years ago, they are a cheap option for parents who don’t want to spend the money on something larger every time they find themselves in the toy aisle.

When they first released, Spin Master had these available in a yellow canister. It seems that for 2021, the color has been updated to blue. I purchased five of these new containers and here is what I found.

Overall, these are great figures for the price. It hits that blind bag need that many kids are after and gives them something durable to play with without the frills of accessories or articulation. If you are interested in purchasing figures from this line, there are two eight-packs exclusively available on Amazon for you to see what they are all about. There is one that released in August 2020 and one from January 2021. After you get those, you can be on the lookout for the blind boxes at your local retailer to add to your collection.