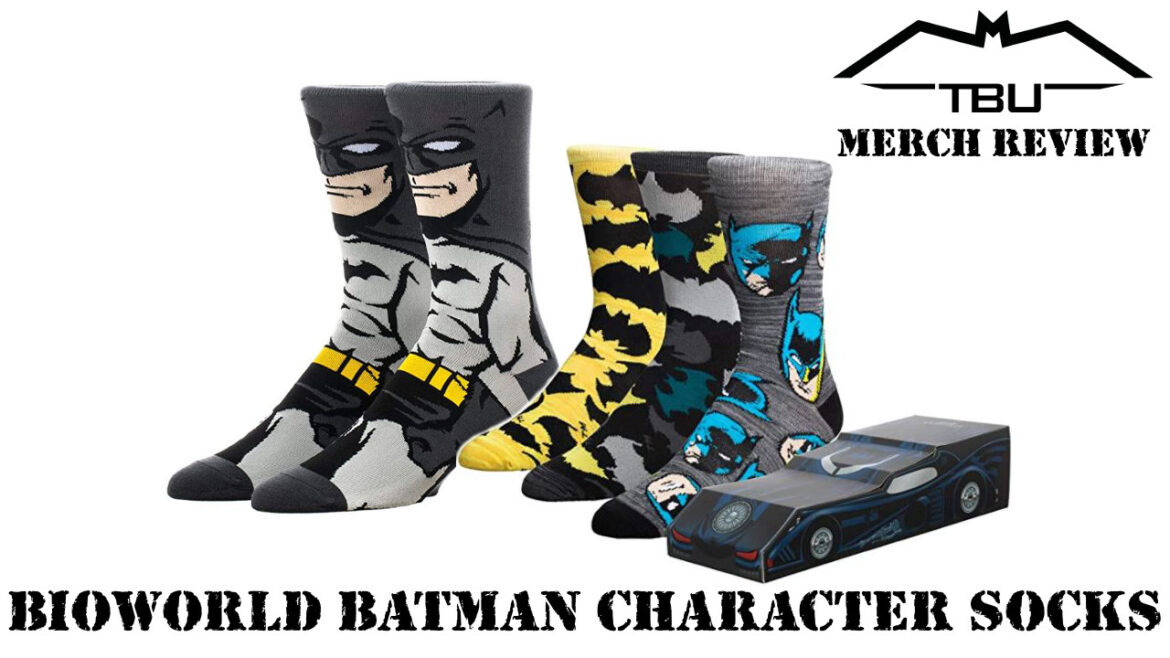 A lot of times there are certain pieces of merchandise that fly under the radar that even we don’t see announced anywhere. Bioworld is one of the companies that have a consistent set of items they are offering and features DC Comics. Today, we are taking a look at various Bioworld Batman socks that you can find right now at retailers.

There is not much to say when it comes to socks, but Bioworld manages to offer some unique items that would get people talking if they saw them. We took a look at two different sets from Bioworld, with the first being part of their Character 360 line featuring Batman. The packaging features a brief bio for Batman on the back, but any Bat-Fan would know the information provided.

The second pack of Bioworld Batman socks relies on the look of the packaging to draw customers to it. The three-pack of socks comes packaged in a box that is designed to look like the Batmobile from Batman (1989). Inside you’ll find two patterns that are the same, but featuring different color schemes. The other pair features Batman’s head scattered around with various, but very similar expressions on his face.