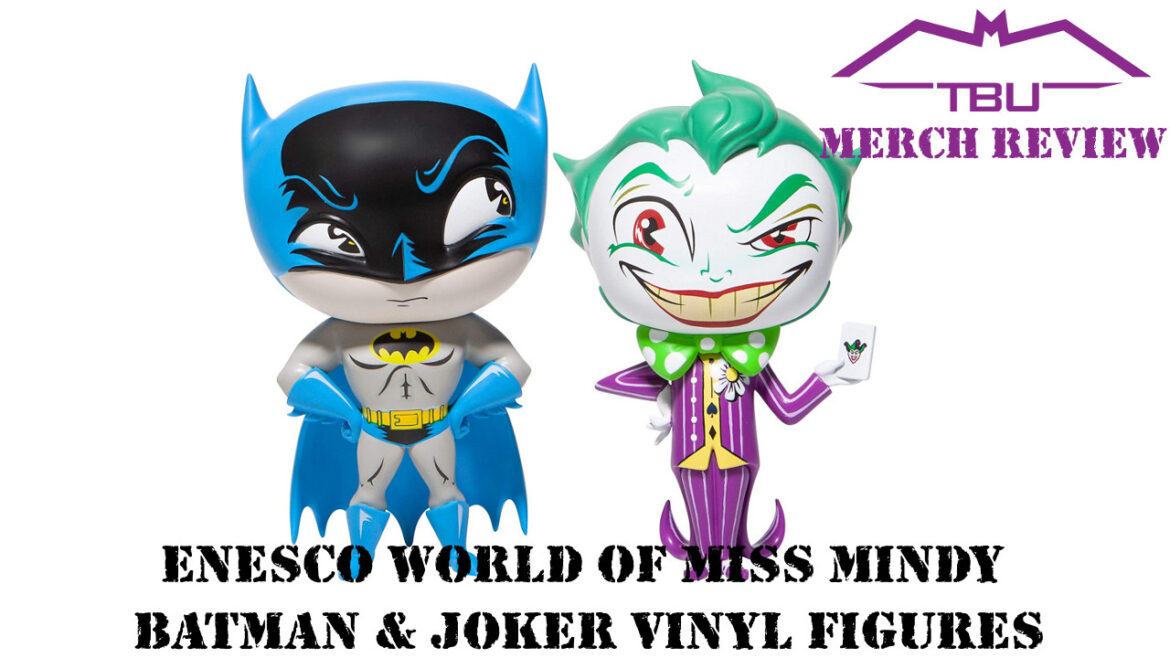 Last February, TBU reported a new line of figures that were coming from Enesco as part of the World of Miss Mindy. At the time, there were four figures announced including Batman, Joker, Catwoman, and Harley Quinn. Fast forward to a year later and it seems that out of the group only Batman and Joker made it to stores due to the global pandemic. Today, we take a look at the World of Miss Mindy Batman and Joker.

These two figures were found in the collectible area of our local Target store. They come packaged in a cardboard box with a plastic window to be able to see the figure. They are packaged very similar to the way Funko packs their Pop! figures. That isn’t the only similarity with the Pop! figures though. These figures from Enesco also are vinyl with no articulation present. The main difference is the height of the figures as the Enesco figures measure around five and a half inches tall while typical Pop! figures measure just under four inches tall.

What is nice to see from a company that isn’t best known for vinyl figures is that the molds of the figures are very unique. The Batman figure has a cape that drapes down the figure rather than just being painted on. The Joker figure has details with its hair and suit tailcoat along with a Joker playing card featured in his hand.

There is not a whole ton to say about these figures as what you see is what you get. The plus is that they are relatively inexpensive and have a different look since they are part of the World of Miss Mindy line. The line also features a variety of other figures including Disney characters. Take a look at our review for a full look at the World of Miss Mindy Batman and Joker.