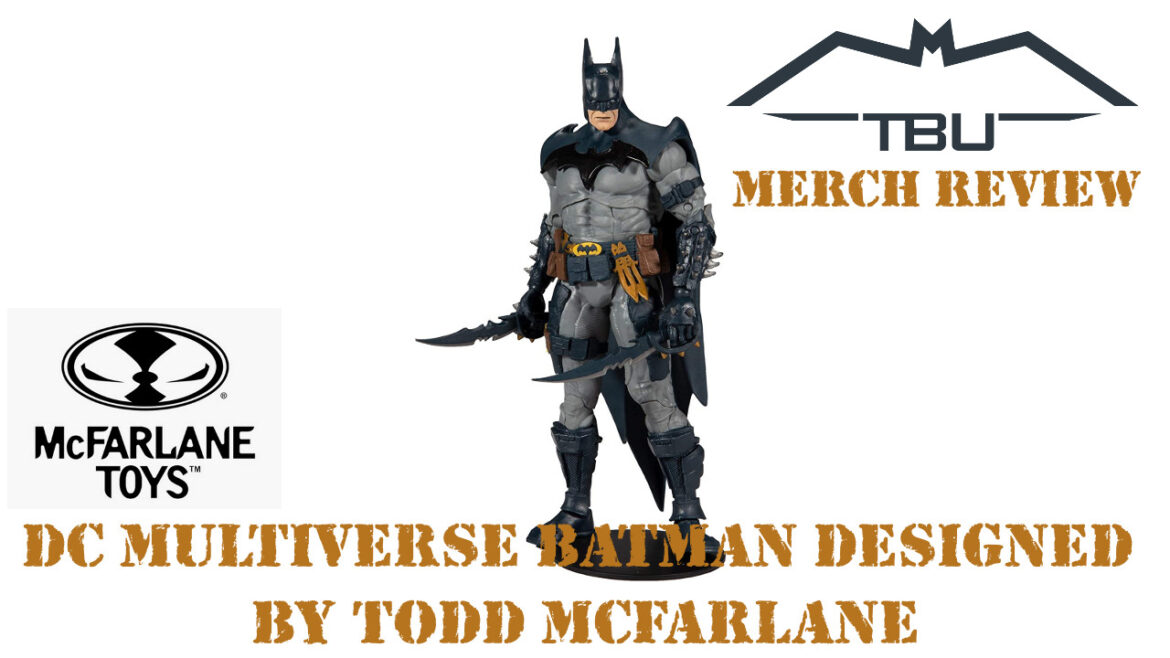 We have looked at a wide variety of offerings recently that focus on a lot of items that are geared to the younger audience. Today, we dive more into the figures aimed at collectors and more specifically adults. While we have looked at a few McFarlane Toys figures in the past, today we are looking at one of the figures of 2021. The latest TBU Merch Review takes a look at the McFarlane Toys DC Multiverse Batman Designed by Todd McFarlane action figure.

In some ways, this is an interesting item to compare against other action figures as it is not based on a certain appearance from a comic series or media appearance. While the figures from some of the evergreen lines are not based on an existing appearance, this figure is very different. The figure itself is based on a design by Todd McFarlane. McFarlane is not new to Batman as he has drawn the character in various comics and has had statues as part of the Black and White line. But this figure is something else entirely.

This specific version is a variant of a figure that previously released last year. Still designed by McFarlane, this figure reminds me of the recent Dark Nights comics with Batman being featured in an alternative manner. There are spikes present on his gauntlets, grenades hanging from his military-like pouches as part of his utility belt, and massive bat-shaped knives or swords. This is a harder Batman as seen in the face sculpt with his face giving off a version of Batman: The Dark Knight Returns as if the character is older and more grizzled. This is not a normal version of Batman you will find in normal continuities.

As we take a look at the figure in more detail, you will notice that some fans will gravitate towards the figure if for no other reason than the violent nature of the characters. Fans of the Knightmare Batman found in Zack Snyder’s Justice League will probably find some similarities between this version and the film’s version. Let’s take a look.

If you are interested in purchasing the figure, consider buying it on Amazon using our affiliate link to help support TBU. You can find the McFarlane Toys DC Multiverse Batman Designed by Todd McFarlane on Amazon now.