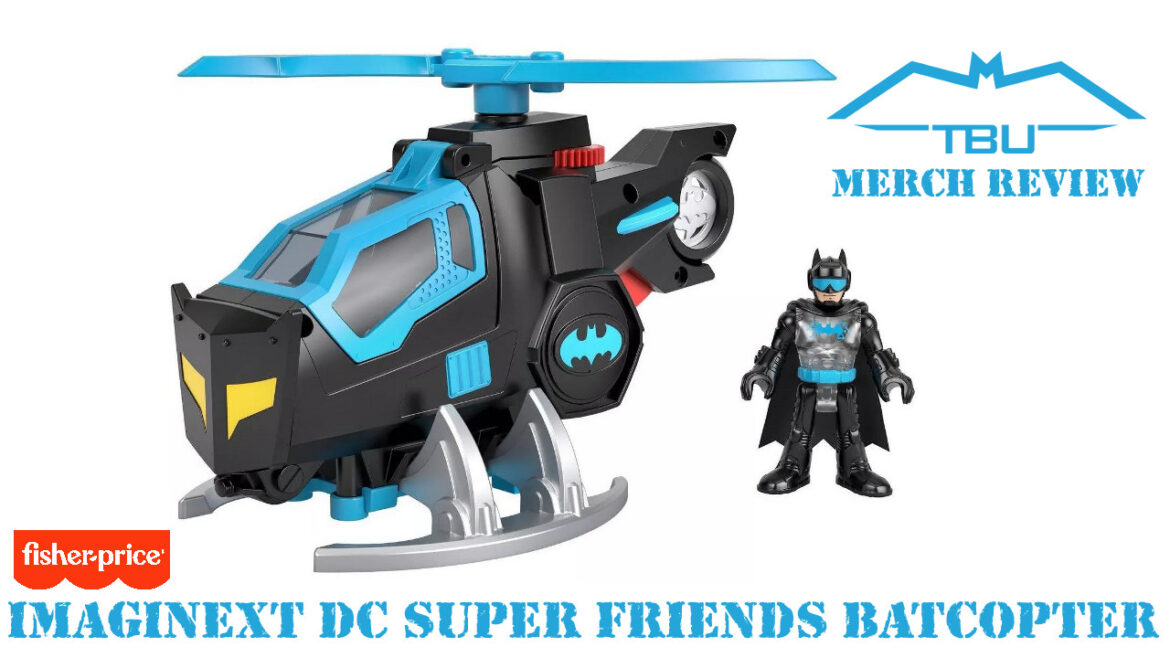 We continue our look at the new Bat-Tech theme by jumping over to another toy company that is also offering items with the theme that a lot of the toys this year will feature. This time around we take a look at the first item featuring the Bat-Tech theme we have found in stores from Fisher-Price with the Imaginext Batcopter.

Imaginext is a line of toys that have been around for over a decade at this point and one of the first licensed groups of characters for the line was the Batman Universe. Now years later, there are a plethora of characters that have made an appearance in the line from common variations of Batman to some more obscure characters. The line has not only included character figures, but vehicles and playsets as well.

The new item we are looking at today is actually based off on a mold from 2013. This Batcopter released in the past with similar play offerings and included a Batman figure as well. The biggest difference with the new Batcopter is that it features the light blue color we have seen on multiple items from Spin Master that is part of the overall Bat-Tech theme that Warner Bros. Consumer Products is showcasing this year.

There are a few different elements that the Batcopter offers including a spinning rotor. There is also an element that allows a trigger pulled on the vehicle to allow a figure or other items to be grabbed. It makes it the perfect way for Batman to catch a villain without even getting out of the helicopter.

The figure itself again features an older mold, but with the Bat-Tech color scheme. This is the first figure we have seen from Fisher-Price that features the theme, but we also know that there are more coming. Let’s take a look at the set in more detail.

This item was found at our local Target store. The Fisher-Price Imaginext Batcopter also appears on their website for purchase, but Fisher-Price shows that it is available at other retailers in a limited manner. While not available at Amazon at this time, consider using our affiliate link for Amazon to help support TBU.