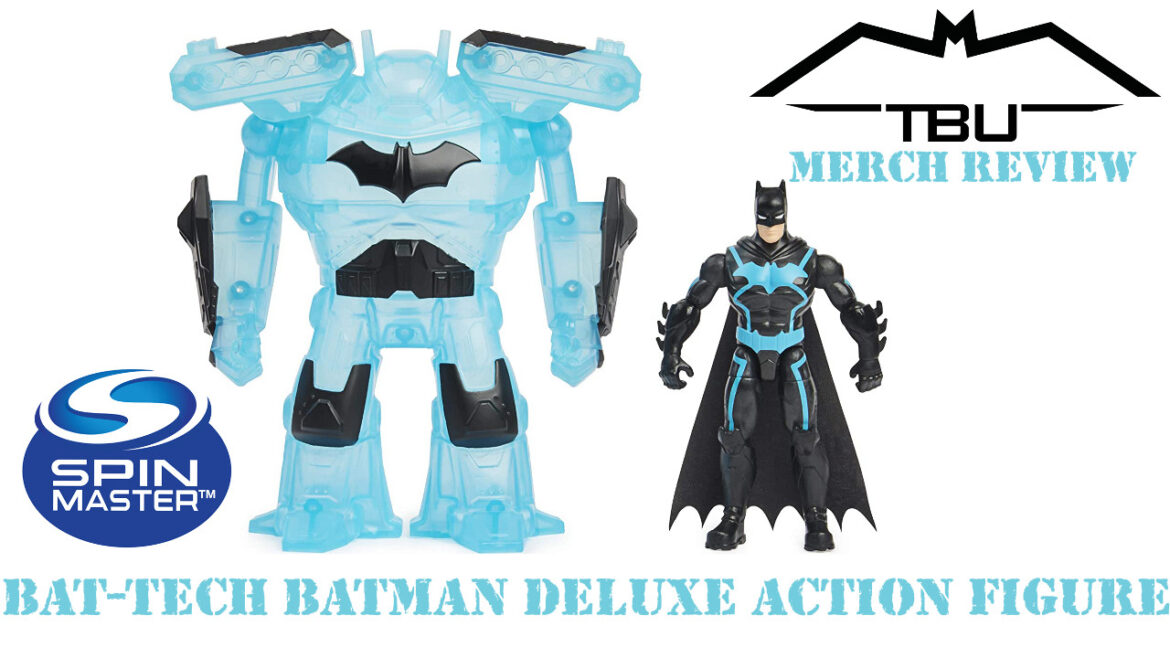 Today’s item could in fact be one of the most disliked items by customers coming out of the Spin Master Batman line of action figures. We have given praise to Spin Master and their line of Batman figures geared towards a younger audience. An audience that requires the balance between price, playability, and durability is a must. That said, today we are taking a look at the Spin Master Bat-Tech Batman deluxe action figure.

On face value alone, one would assume that this new offering is a great deal. The set comes with a Batman action figure and an exoskeleton armor suit that the figure fits into. The price is extremely reasonably priced, with it being available at most retailers for $12.99. But why does this inexpensive figure currently sit at three stars at Target? Well, after looking over the figure, it seems that it is a combination of a few different things.

The price tag is going to draw customers in with parents letting their kids have the figure for a few dollars more than the normal standard four-inch figures. The deluxe figure is exactly what it says it is; an action figure with a deluxe element. The deluxe element is the exoskeleton of armor that Batman fits inside. When compared to the recent packs that include two figures and a small vehicle, the price seems to be right on point for what you are getting. The confusion seems to be with customers and their expectations.

That isn’t to say that there are not small faults with the set. The exoskeleton has very little mobility and maybe a little too many hinges on the back of the armor, there is not much there. As far as what could have made this set a little better, there could have been some sort of accessories that are either the same as the standard figures or something that could have fit onto the hand of the armor suit to make it more playable. Let’s take a look.

If you are interested in purchasing the figure, consider buying it on Amazon using our affiliate link to help support TBU and future review. You can find the Spin Master Bat-Tech Batman deluxe action figure on Amazon now.