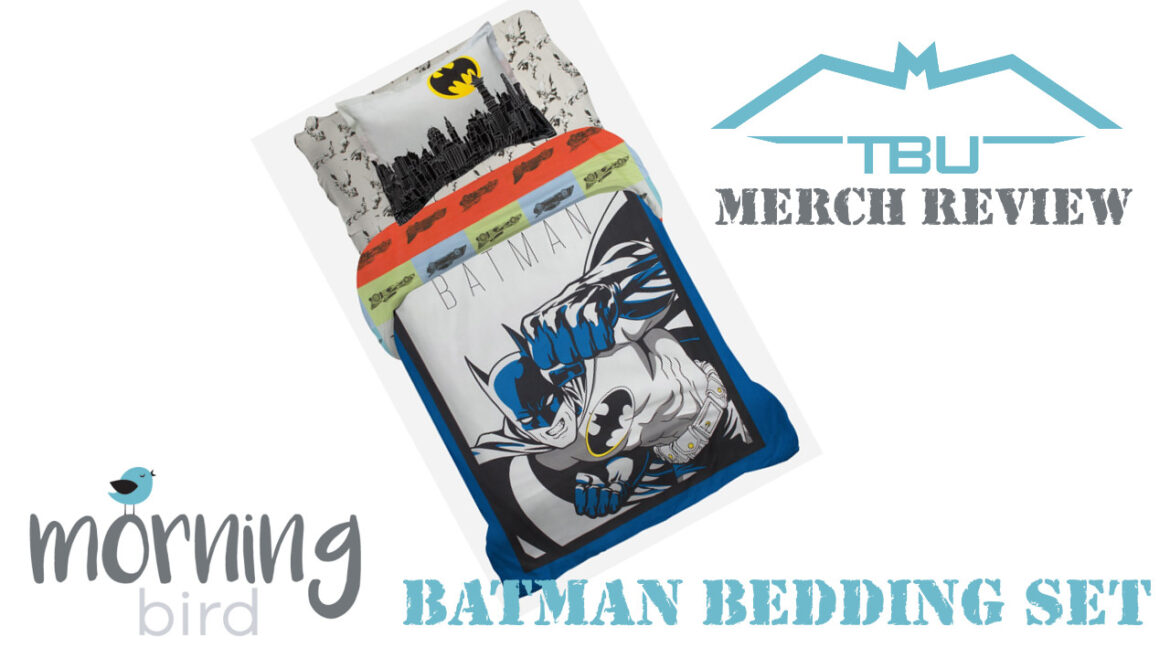 This week we are stepping away from the work of toys and more specifically action figures and taking a look at a department also found in most stores. Today we head over to the bedding section and take a look at the new Batman bedding set from Morning Bird.

A couple of months back, we learned of a new company that had recently gained the license to make Batman bedding. Morning Bird was this new company that immediately made me interested as I have recently been annoyed by the lack of bedding available at my local retailers featuring the Caped Crusader. Morning Bird has not only satisfied that need but provides a high-quality set of bedding that is as stylish as it is useful. After the announcement of the new license was released, the company reached out to us to offer a set of bedding for us to take a look at.

So when the box arrived, I was excited to take a look. My youngest son was immediately thrilled with the idea of having a new set of bedding featuring one of his favorite characters. I was thrilled to review the set of bedding, but wanted to make sure that the poor lighting of the spring months didn’t harm the look of the set by having poor lighting for this non-professional reviewer. That brings us to the early days of summer and we immediately got this out to review as soon as we had a day of sunshine in the out-of-the-ordinary rainy days. So let’s take a look.

The set is comprised of three different items, that are also sold as a bundle by Morning Bird. There is the sheet set, which includes a pillowcase, the duvet cover with sham, and the knit throw. The pillowcases, shams, duvet cover, and sheets are all made of organic cotton, with the knit throw also being made of 100% cotton. The organic cotton makes the items feel super soft and gentle on sensitive skin. My wife even pointed out that the pillowcase featured an element found in European pillowcases to ensure the pillow stays put inside. It received the seal of approval for durability and quality from my wife and a seal of approval for style from my son and myself.

If you are interested in purchasing the Morning Bird Batman bedding set, you can find it available directly through their website. They have since expanded their license to include other popular characters for other members of your family that may not want Batman adorning their bed. Be sure to take a look.